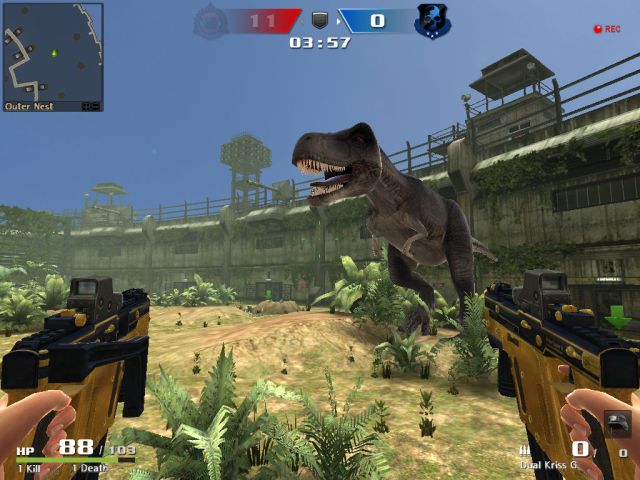 Spawning either as Humans or Dinosaurs, Escape Mode will pit players against each other as either lethal, cunning dinosaurs determined to stop the humans from escaping or humans who must run for their lives. Each species has a time limit, and once reached, teams will switch and have their turn as the other species in a fight to rise to the top of the food chain.

“Escape Mode raises the competition bar to a new level,” said Zepetto’s Mr. Kim. “The dinosaurs are able to move much faster than humans and are able rip them to shreds, it will be a challenge for players who must outrun these prehistoric monsters.”

Project Blackout will test your skills as gamer with fast paced action, precision shooting, and twitch response times. Project Blackout’s graphics, surround sound, and camera effects will put you in the middle of the action and test your skills at a whole new level. Lock and load! Players will have to choose between the sides: Aegis Inc. (the Blue Team) supports law and order, but represents tyranny and oppression; The Corps (the Red Team) supports democracy and freedom, but represents indiscriminate violence and anarchy. The side that survives the conflict will impose their social views on the masses.