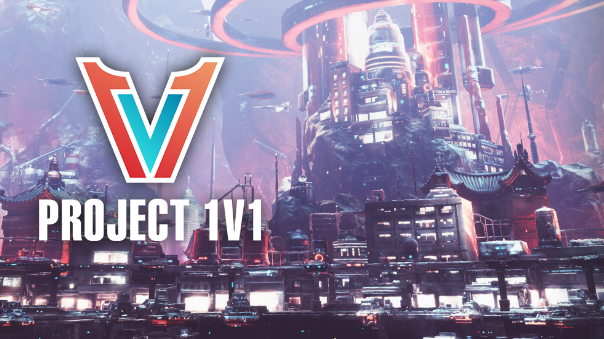 Gearbox’s secretive shooter, code-named Project 1v1, finally made its appearance during E3 this year. But only just. The game, which turned out to be a card-based arena shooter, was surprisingly very playable despite its pre-alpha classification. Many of the features and elements, however, we’re still heavily under development. In fact, almost every inquiry I made regarding the gameplay or the client itself earned me the same, empty responses…they’re not sure if they’re going to keep X feature. It’s too soon to reveal any information about Y. They don’t know what they’re going to do about Z gameplay element. Even the two screenshots I was given, beautiful as they are, prompt more questions than answers. It was still fun though! 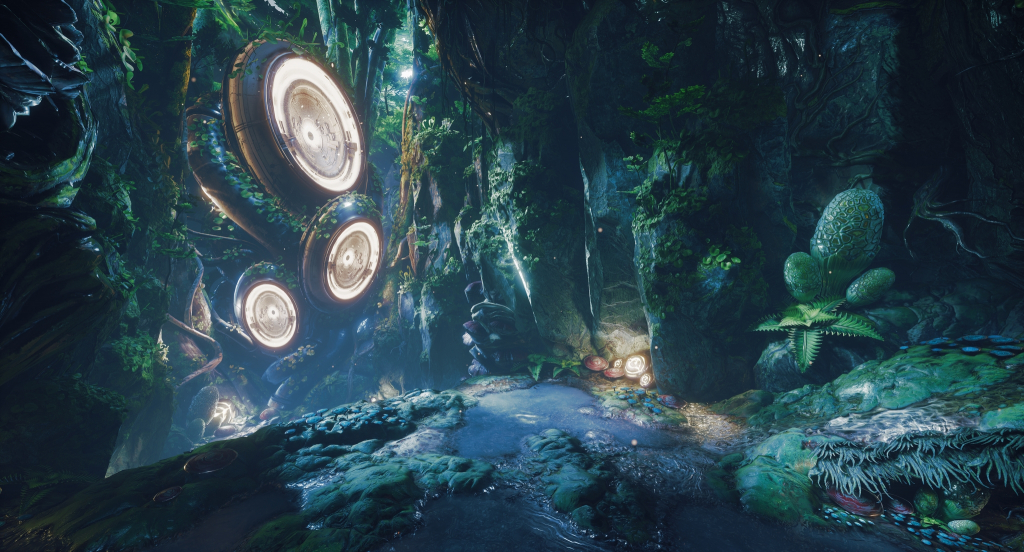 With practically everything other than gameplay under development, I went into Project 1v1 cold and unsure of what to expect. I first selected one of three characters, all of which were purely cosmetic and had zero impact on gameplay (for now at least), and then chose my loadout. Here’s where things got interesting. Contrary to other card-based arena games where characters have specific weapons and abilities (Paladins, Paragon, Battlerite), players in Project 1v1 choose their avatar’s entire kit. Each loadout contains two slots for weapons and three slots for abilities. And boy were there a lot of cards to choose from.

On the weapons front, I saw cards labeled Detonator, Bit Blaster, Shotgun, Railgun, and something simply named “Rocket.” There were way more ability cards, however; seemingly something for every occasion or playstyle. I made sure to write down some of my favorites. Shadow Step and Human Flame are useful for stealth and mobility respectively. For damage, you have Meteor and Excalibur (both of which were terrifying to behold). There was a defensive ability called Energy Barrier and two utility focused skills, Recall and Phase Reverse. For those savvy in Overwatch, Recall acts just like Sombra’s “Translocator” and Phase Reverse is essentially Tracer’s “Recall.”

Combat was fluid but not terribly fast-paced. The matches took place on one of four different stages, with each location having its own unique layout and environmental hazard. One such hazard was simply a giant pit of doom. Once the match started it was a race to see who could kill who first in a best of 5 series. Something that definitely mixed things up, however, was the fact you had to charge up many of the abilities before using them. Throughout each map, which weren’t terribly large, little card tokens spawned periodically. Picking these up charged your abilities and reduced their cooldown time. Some of the “cheaper” skills don’t need to be charged and are usable right away. They still go on a short cooldown upon use, however. Meanwhile, the deadlier, more impressive abilities needed a few card tokens first before they could be activated.

Pre-alpha or not, it’s easy to tell that Gearbox is on to something here. Project 1v1 has the bones for something great and is definitely a game worth keeping an eye on. It’s not Borderlands 3 however, nor does it feel like Battleborne. Project 1v1 is its own beast and I wouldn’t have it any other way. To stay up to date with all things Project 1v1, check it’s official website and sign-up for its mailing list. And do it soon. For while they didn’t say when it would happen, Gearbox mentioned the next step in 1v1’s development is to put together a closed Alpha for the PC. You won’t want to miss it.