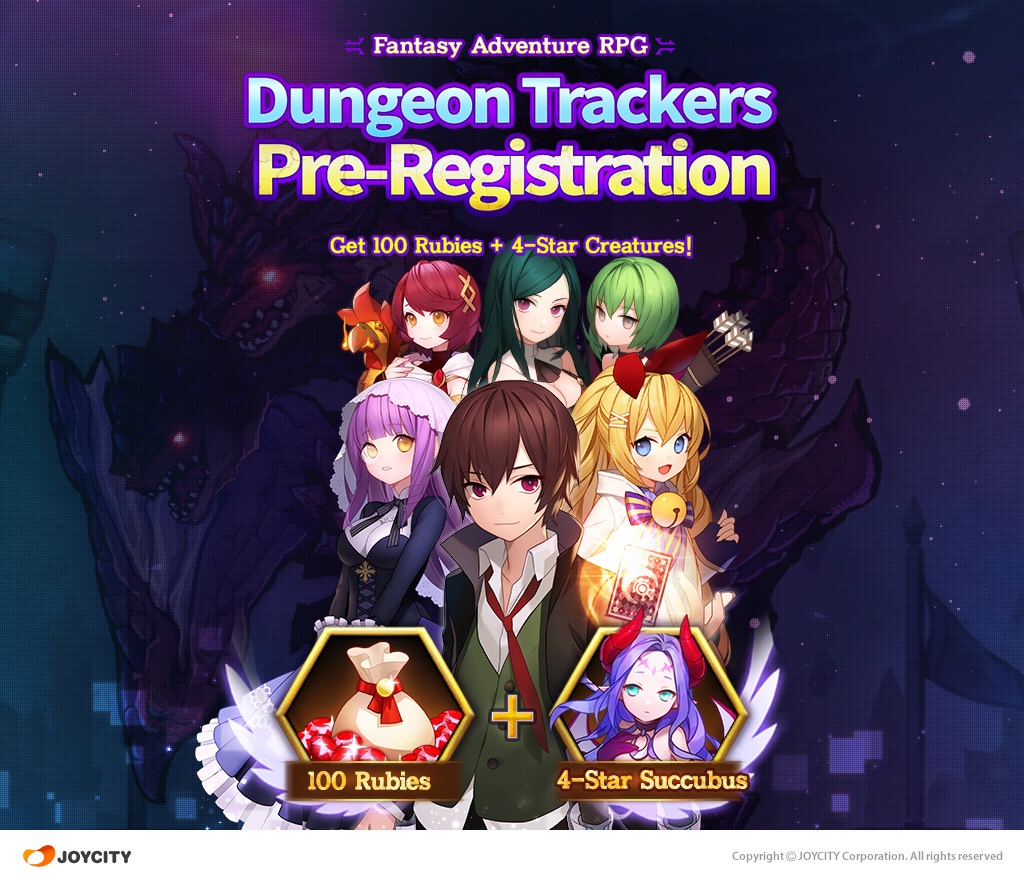 Joycity has opened Pre-Registration for its upcoming mobile RPG, Dungeon Trackers. The company is offering exclusive rewards to players who sign up early, including in-game currency and a rare “Succubus” card at the launch of the game scheduled for early summer.

Dungeon Trackers is a combination of card collecting and tactical RPG with a fantasy-themed storyline. The tactics-oriented battles are reminiscent of classic JRPG titles, while the element of collection and deck building adds a fun strategic element to gameplay. The player takes on the role of a summoner who captures and controls powerful “creatures” to overcome adversaries. The game offers over 300 beautifully illustrated creature cards, which the player can collect to build the most powerful deck to clear the main story, grind for epic loot in special dungeons, or engage in PvP battles. Dungeon Trackers also features a unique swipe-action control system, which allows the player to simply touch or swipe the creature portraits to control their actions in each battle.

Dungeon Trackers garnered significant attention from Japanese players during Pre-Registration in Asia earlier this month, shooting up to the# 1 position on a list of upcoming mobile games.

Check out more details and pre-register for the game at: http://promotion.joycity.com/dt/ready