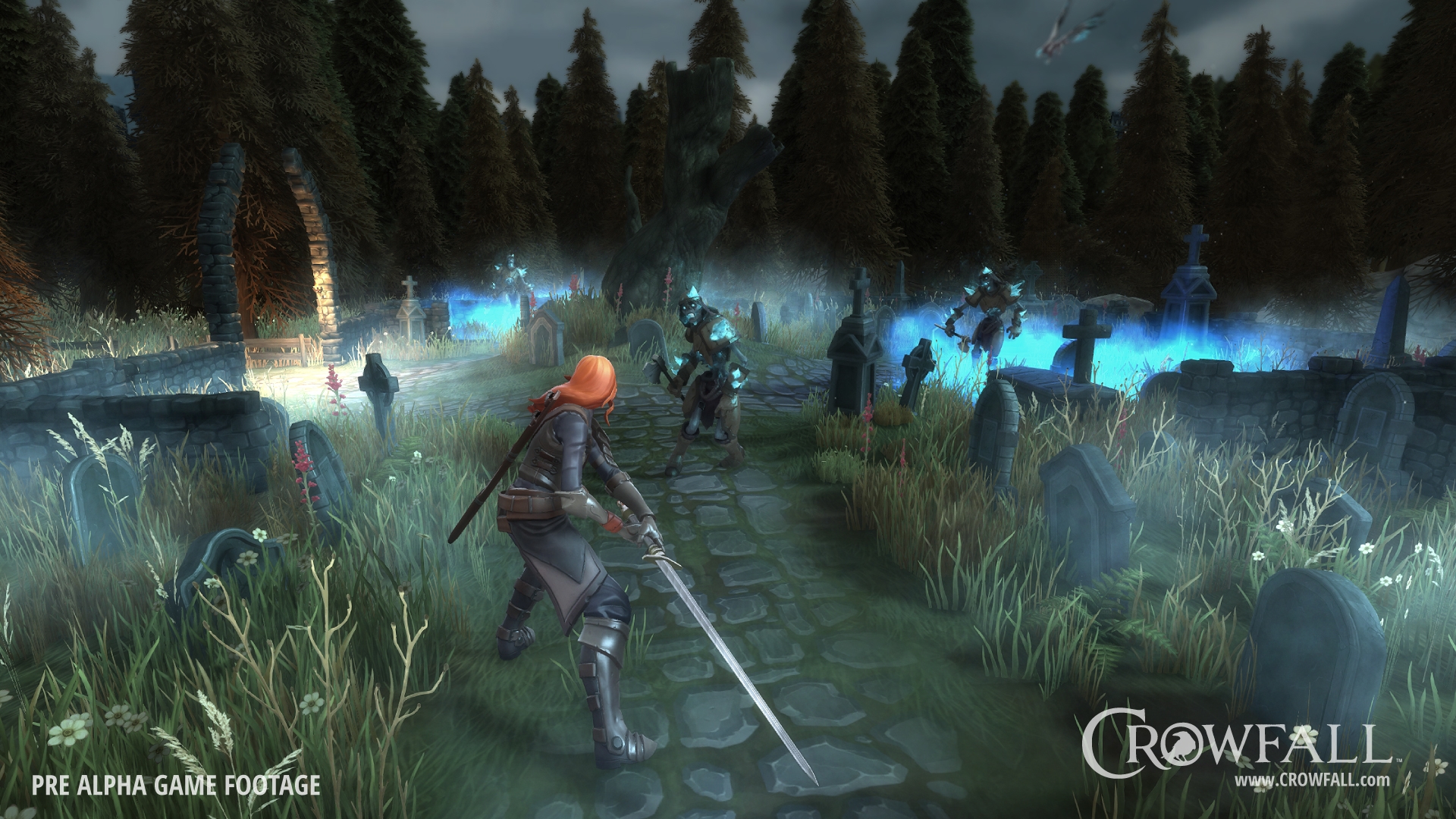 Independent game developer ArtCraft Entertainment, Inc. announced that the Pre-Alpha phase of testing for their highly-anticipated MMO, Crowfall.  This initial test centers on Player-versus-Player combat, and marks the first time that backers with the Pre-Alpha Kickstarter reward can log in and play. Crowfall is a crowd funded game and to date has raised almost $2.3 million from more than 21,000 backers.

“Today is a huge milestone for Crowfall and ArtCraft.” said Gordon Walton, president and executive producer. “We promised our backers that we would deliver a playable combat prototype by the end of summer, and this morning we officially delivered on that promise.”

Many Pre-Alpha testers have already started, with invitations for almost a thousand more backers expected in the next few weeks.  The company made a surprise announcement, revealing that the module also includes a Player-versus-Player game mode known as The Hunger Dome.

“Crowdfunding changes everything,” explains J. Todd Coleman, CEO and creative director. “Our backers are doing us a huge favor by helping us test our game and refine our vision.  They are contributing because they are emotionally invested, and we want to recognize and reward that passion by over-delivering.”

In a Hunger Dome match, players are divided into teams and participate in a single-elimination death match session, scavenging for weapons and armor as the map is consumed by “the Hunger” – an enormous, turbulent maelstrom that devours everything it touches.

“The purpose of the Hunger is to force the teams to compete,” explains Coleman. “As the Hunger expands, the play space condenses – forcing them to take refuge in the keep at the center of the map.  In the end, only one team is left standing.”