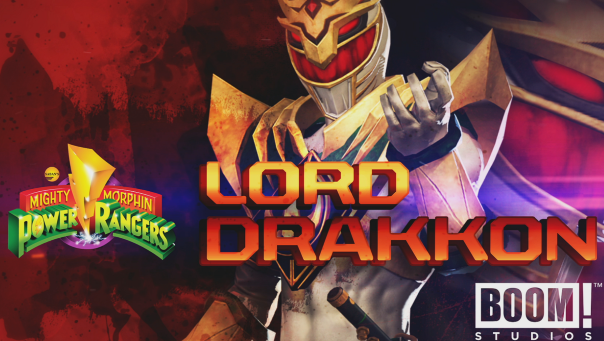 After an in-game update going live later this week, Lord Drakkon – the first new official Mighty Morphin Power Ranger created in over 20 years – and Black Dragon will appear as playable warriors in the smash-hit mobile game, along with various in-game updates and feature additions. For those who do not know, Lord Drakkon as a character is an absolute doozy! It’s an evil version of Tommy Oliver who has command over both the Green Ranger and White Ranger powers. In the Boom! Comics timeline, he is the same as the original Tommy until the point where he’s freed from Rita Repulsa’s curse. He refuses to join the Rangers and instead, helps Rita conquer the Earth. Also coming this week is his Zord, the Black Dragon. Boom! Comics is taking Power Rangers to a new, mature place that it has not gone to before, and later this week in an update. In addition, the following features are also on the way:

“Powers Rangers: Legacy Wars marks the first time that the all-new canonical creations from BOOM! Studios’ Mighty Morphin Power Rangers comics ventured beyond the two-dimensional page. As an avid player of this amazing game, I couldn’t be more thrilled to be partnering with the team at nWay and our friends at Saban Brands and Lionsgate to unleash these two villains!” said Filip Sablik, President of Publishing & Marketing, BOOM! Studios.

This is a huge update for the game, as a character not featured in the movies/shows is coming to the game, and I hope more of this can continue to show up. And as a player who has only received one loss in the game [maybe two?], I want Lord Drakkon to join my team.