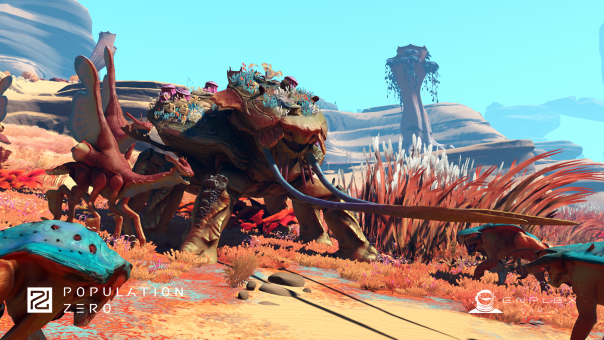 Enplex Games released a new dev blog today concerning their upcoming Population Zero, detailing the various creatures one might see on Kepler. The full blog can be found below, as well. As this is an alien world, there a wide variety of creatures players have never seen before, from the bloodthirsty predators, stone giants, and small creatures that can be allies or hostile aggressors. These are not all of the creatures, but just a sample of what might be seen early on.