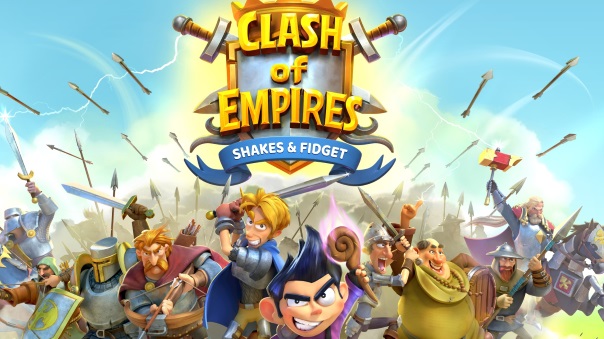 Hot on the heels of Playa Games hit “Shakes & Fidget”, Â Playa Games plan to expand their online roleplaying universe with a new title: Clash of Empires. It’s a cross-platform strategy game that will be announced during Gamescom 2017. For the first time, players will be able to immerse themselves into a 3D adaptation of the popular comic world.

“By now, Shakes & Fidget has over 50 million registered players in more than 30 countries,” said Playa Games founder Jan Beuck. “Our users have been asking for years for some kind of sequel. With Clash of Empires we are now meeting this wish.”

Fans have wished and asked for a sequel for years, and Playa Games is granting their wish with Clash of Empires: Shakes & Fidget. It’s the same universe, but a different direction/experience, so that players can explore more of the Shakes & Fidget world. Those who can’t make it to Gamescom will be able to get their own hands on Clash of Empires sometime during 4th Quarter 2017 when Beta Testing begins. The official release is slated for 2018.