Pirates of the Caribbean: Tides of War Adds Salazar and Silent Mary 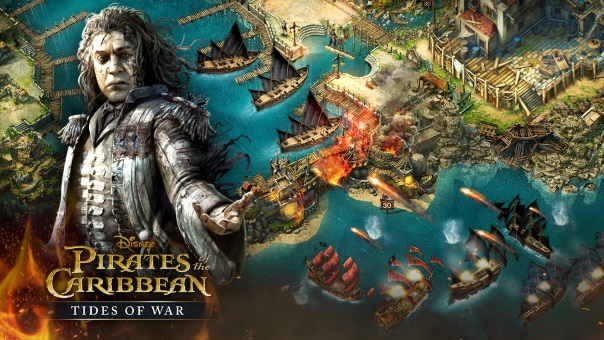 Pirates of the Caribbean: Tides of War is proud to announce a new character is coming to the game, from the Pirates of the Caribbean universe. Captain Armando Salazar, legendary pirate hunter arrives with his ship, the Silent Mary have been added. Captain Salazar is added as a phantom called “Salazar’s Shade”, with powerful skills and a heart filled with vengeance. He commands the Silent Mary a Unique Tactician. Also in this update is the Alliance Battle feature, that lets alliances do battle with one another.

Honor Points are granted to all participants that can be used to purchase in-game goods at the market. In addition to this, the Pirate Hall and Weapon Workshop can be upgraded to S level 3, and the details of monsters can be viewed at the Monster Cage before they’re released. Malik Bolston also joins the collection as a Tier-3 Tactician, and that’s not even everything. In December, Pirates of the Caribbean will be thanking the players for their support this year with December’s Attendance Event. Those that check in a total of 7 days throughout the event period will receive a Unique Tactician Invitation. There are also various holiday and end-of-year events in the works that will provide an abundant number of gifts for everyone.