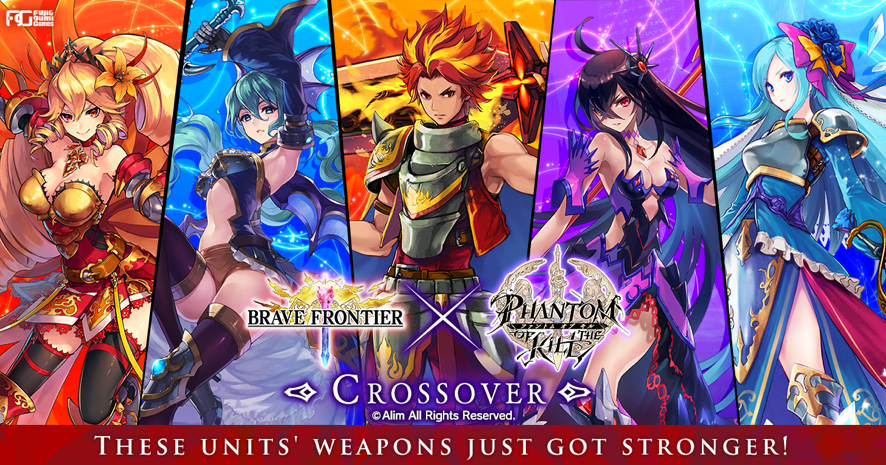 gumi Games has announced that the global version of Phantom of the Kill will hold a new cross over event with Brave Frontier. The event will run from March 21 through April 26.

The crossover, called “Phantom of the Brave,” brings characters from Brave Frontier including Lucina, Lunaris, Michele, Selena, and Vargas. Event quests offer a new original story with voiced characters and new themed gear that has grown stronger since the last crossover event.

Metal Gods will also appear in the Metal Garden Event quest, which will give players more experience than usual.