Phantom Chaser comes to the West 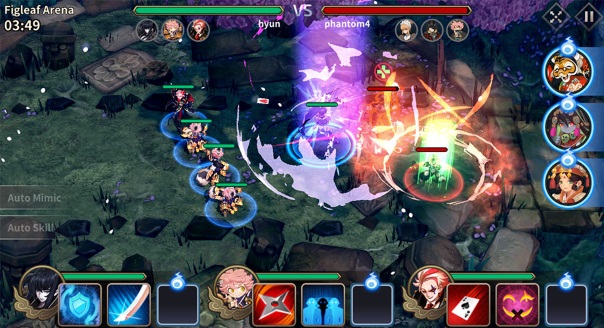 Originally known as ‘Yokai Saga’ in Korea and Thailand, an enhanced version called Phantom Chaser comes to the West. Floppygames Inc., the game’s developer, has partnered with Glohow to globally publish an upgraded version of the game under the name Phantom Chaser.

Featuring full character voices in English/Traditional Chinese, Phantom Chaser is an epic fantasy game with 130 unique phantoms that come from Eastern and Western mythos and was awarded ‘Best Graphics’ in Unity Korea Awards for 2017. With a Story mode and Battlefield, your team of Phantoms will grow stronger as you progress. There are plenty of options on how to fill your team as well, whether you want to hunt them down, summon them from the shop, or crafting, there are options for everyone. There’s also the option to do battle in the Arena, for players that want to test their team comp and skill against other Hunters.

Phantom Chaser is now available on iOS and Android.