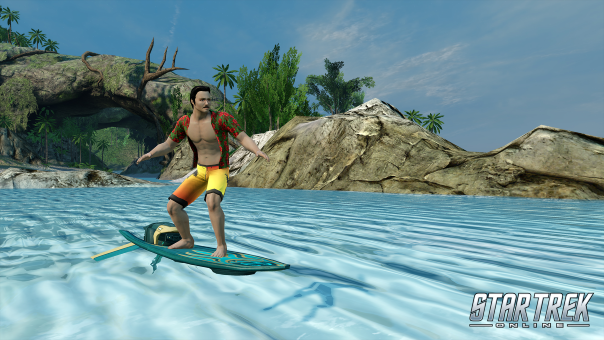 Perfect World Entertainment has announced the full summer schedule of events for all of its games, including Neverwinter, Star Trek Online, Champions Online, PWI, Swordsman, and Forsaken World.

Protector’s Jubilee (June 20 – 27)
Available on PC, Xbox One and Playstation®4
The city of Neverwinter will be decked out with confetti and festive decorations to celebrate the game’s fourth anniversary! During Protector’s Jubilee, adventurers can celebrate Neverwinter’s latest milestone by completing special quests for rewards throughout the Sword Coast. This year’s festivities will yield brand new incentives for players, including the chance to earn a Jubilee Unicorn, Shadow Dragon Throne, Firebreathing emote or furniture for the Great Hall. Plus, Lord Neverember will reward all of the city’s brave adventurers with free giveaways throughout the week.

Summer Festival (July 6– 27)
Available on PC, Xbox One and Playstation®4
It’s time to celebrate Sune, the goddess of beauty, during Neverwinter’s annual Summer Festival. Adventurers can participate in this hallowed tradition by competing in classic contests, including the Summer Feast, Troll Fight, Water Battle and Sahha. New rewards have been added to the store, including the Fungal Flail Snail and Summer Flail Snail mounts, plus the “Sit and Relax” emote. Guilds can celebrate summer solstice by participating in a feast held in their Great Hall.

Lohlunat Festival (June 8 – July 20)
Available on PC, Xbox One and Playstation®4
It’s time for captains to take a break from saving the universe and escape to Risa for some much needed rest and relaxation. During Star Trek Online’s annual Lohlunat Festival, players will explore the luxurious Summer Resort, where they will cruise around on floaters and complete challenges for rewards, including pets, costumes, powerboards and Lohlunat Prize Vouchers. For those playing on Xbox One and PS4, these vouchers can be redeemed for Vorgon Xyfius Heavy Escort [T6], while PC players can earn the new Vorgon Ryn’Kodan Carrier [T6]. In addition, PC players can participate in a new event called “The Biathlon,” which combines hoverboard racing with floater flying.

Patriot’s Celebration (June 29 – July 14)
Available on PC only
In celebration of Canada Day and Independence Day, Champions Online offers heroes a way to rep the countries they love with the return of the Patriot’s Celebration. This in-game event lets champions queue up for the Red Winter Alert, which requires them to fight off an enemy looking to bring about the next Cold War. Defeating this foe will earn players Patriot Tokens, which can be used to earn new rewards, including the Orbiting Star Aura, Stars Aura, US and Canadian Flag Athletics and Acrobatics and a Valiant Emote.

Area 52 (June 28 – July 12)
Available on PC only
Strange creatures have arrived in Perfect World. For two weeks, players can grab their friends and hunt down these extra-terrestrial life forms to earn a special statue for their Homestead.

Wraith Hunters (July 5 – 19)
Players can accept a quest from the Wraith Hunter NPC’s stationed in the major class cities around Perfect World to kill one of five random bosses. Rewards include a Wraith Hunter’s Insignia which can be traded for a War Avatar Pack S.

Tsuchun’s Treasure (June 14 – June 28)
Those who accept this quest will receive a treasure map that can be used to locate Tsuchun’s Treasure. This item will guide players to various chests that they will dig up to claim points for rewards.

Available on PC only
Jianghu Tournament Season 2 (Begins June 8)
The second season of Swordsman’s PvP tournament invites players to a massive brawl in the arena to claim their place as one of the greatest swordsmen in Jianghu history.

Dungeon Marathon Season 3 (June 29 – July 26)
For the third year running, Swordsman will hold a competition to see who can run the most dungeons. Players can make it onto the game’s leaderboard by completing instances to earn points and exclusive rewards.

Available on PC only
6th Anniversary Celebration (June 1- 30)
Celebrate Forsaken World’s 6th Anniversary with special events throughout the month. Players can look forward to Hide & Seek events with the GMs, raffles for exclusive items and a showcase of the game’s fan art.

Summer Games (August 7 – September 1)
For the first time in the game’s history, Forsaken World will host a Summer Games tournament. Servers will face off against each other in a series of weekly competitions for exciting rewards.