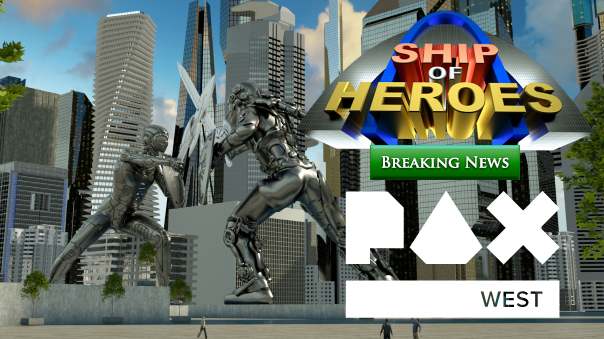 In August 2012, NCSoft announced the closure of Paragon Studios and the subsequent sunsetting of its premier MMORPG, City of Heroes. As with any MMO shutdown, the announcement caused a wave of emotion to pass through its loyal players. I was not one of them. I had played City of Heroes during its beta, but the game’s superhero theme didn’t appeal to my own interests. CoH simply existed outside of my sphere, acknowledged as mechanically sound but “not my thing.”

I say this because during the first morning of PAX West 2017 – five years after City of Heroes’ shut down – I sat down to have breakfast with Casey McGeever, President and CEO of Heroic Games, along with his wife Jocelyne. Heroic Games is the studio behind Ship of Heroes, one of three main “spiritual successors” to City of Heroes (the others being Valiance Online and City of Titans). As an outsider, it is impossible for me to understand the deep emotions that CoH refugees feel. I have watched and listened to them with interest, trying to understand why years after the fact, they still cling so firmly to a single MMO’s impact in their lives. Thanks to Casey, I think I finally understand.

It was natural that my first question was broad: what was the journey from the shut down of City of Heroes to the creation of Ship of Heroes? Casey laid out the history for me: how after the sunsetting announcement, players petitioned for reconsideration from NCSoft, then sought alternatives to see the IP sold to a private investor (even Disney, at one point). No matter the direction of diplomacy, however, City of Heroes players were left disenfranchised, seeking new homes in alternate MMOs. Many found a place in Star Wars: The Old Republic, of all places – it seems like fewer found refuge in other superhero titles like DC Universe Online and Champions Online, where many expected them to go. 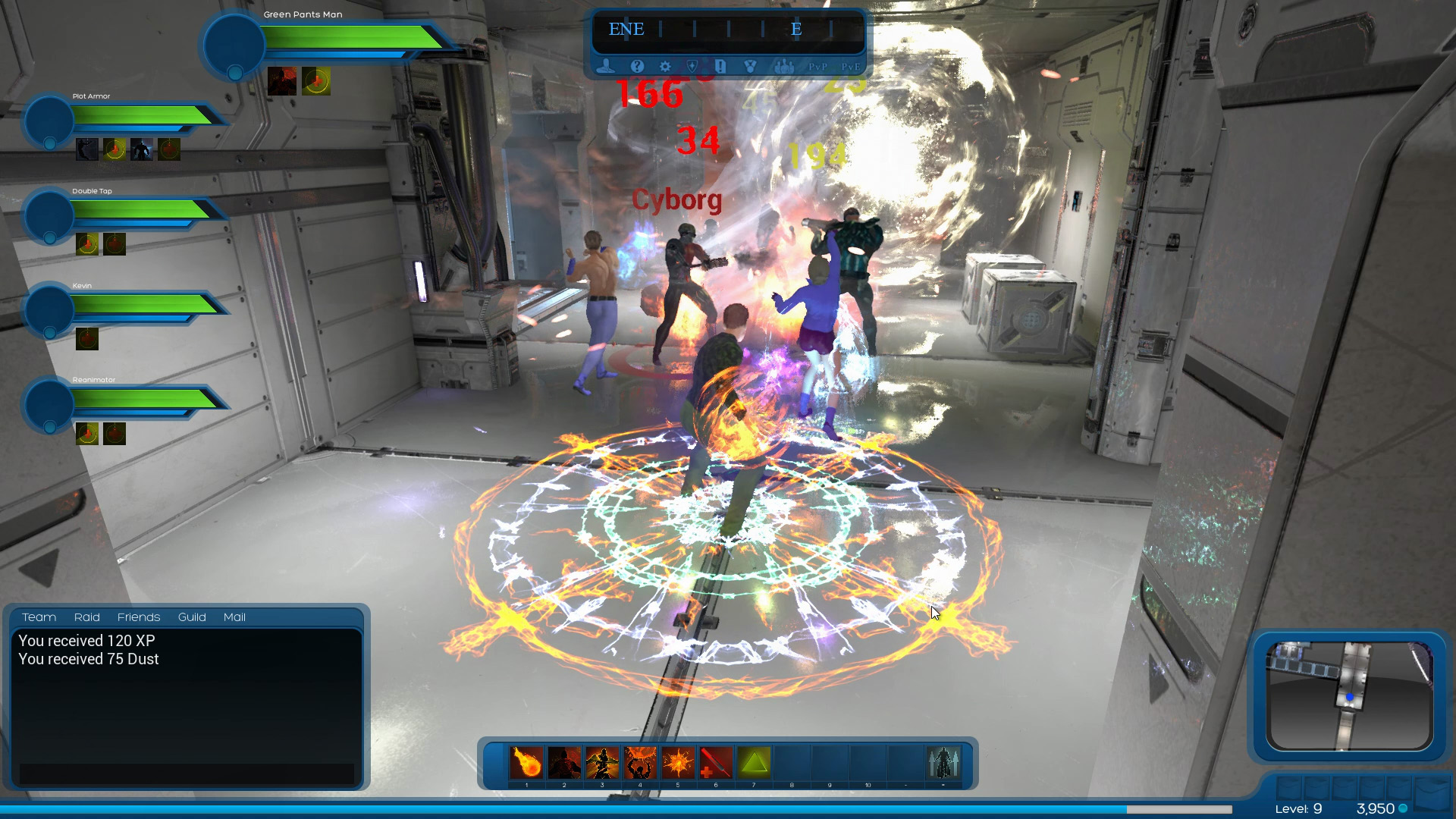 I asked Casey why this was, and he explained that there were really two key differences between the “others” and CoH. The first of these was in hero customization, in which CoH players felt they could make diverse power choices and appearance choices that made their hero something personal, something that felt lacking in DCUO and CO. The second was in story: neither option gave enough freedom of choice or personal investment in the greater story. There was too much linear storytelling, and in the case of DCUO, a feeling of being second rate to the “real” heroes and villains of the DC Universe. There was also a third factor, however: community. Quite simply, many MMO communities were passive aggressive or even hostile toward City of Heroes refugees.

So years later, the community began to realize that if they wanted a game like City of Heroes back, they would have to build it themselves. This was certainly true for Casey, who told me how he was among the rest of the community at first, waiting for CoH to be returned to life, even a City of Heroes 2. Even his son told him he would have to build a new game himself, and after years of interviewing the community and long talks with many – including the people behind Valiance Online and City of Titans – Casey took the leap into game development. (It’s important to make a side note here that Casey is a first time game developer, but is not new to business or to software development. His credentials are extensive.)

Now makes a great time to break and introduce the video Casey revealed in front of a live audience at PAX on Sunday (I didn’t even see this until after our meeting).

This video demonstrates Ship of Heroes’ revamped persistent city (Apotheosis), its character customization, and an early demonstration of solo combat. As has always been SoH’s tradition, the video is produced in an executable version of the game – the identical experience anyone would have if they played the game today.

Ship of Heroes is trying to re-envision the things Casey loved most about City of Heroes: the freedom, the customization, and the community. Freedom, here, means the ability to play your hero’s story the way you envision it. Want to be the kind of superhero that has a singular focus on taking out a specific sector of criminals? You can do that. Want to roam the world and look for others in need of aid? You can do that. Want to stick to the tried and true narrative? You can do that, too.

Customization, I sensed, will be one of the key facets of Ship of Heroes, featuring a depth rarely seen in modern MMOs. As the video demonstrates, visual customization will be rather extensive, but so will power selection. Like other super hero games, you’ll be able to pick power sets – but from those power sets, you will then be able to focus down and pick certain powers. From there, you’ll be able to build and customize those powers further, enhancing them to suit your style and gameplay. This means two players with the same archetype are statistically unlikely to ever be identical, even if they have the same powers. There is no best build: there is only your build. What you make of it is part of your story. 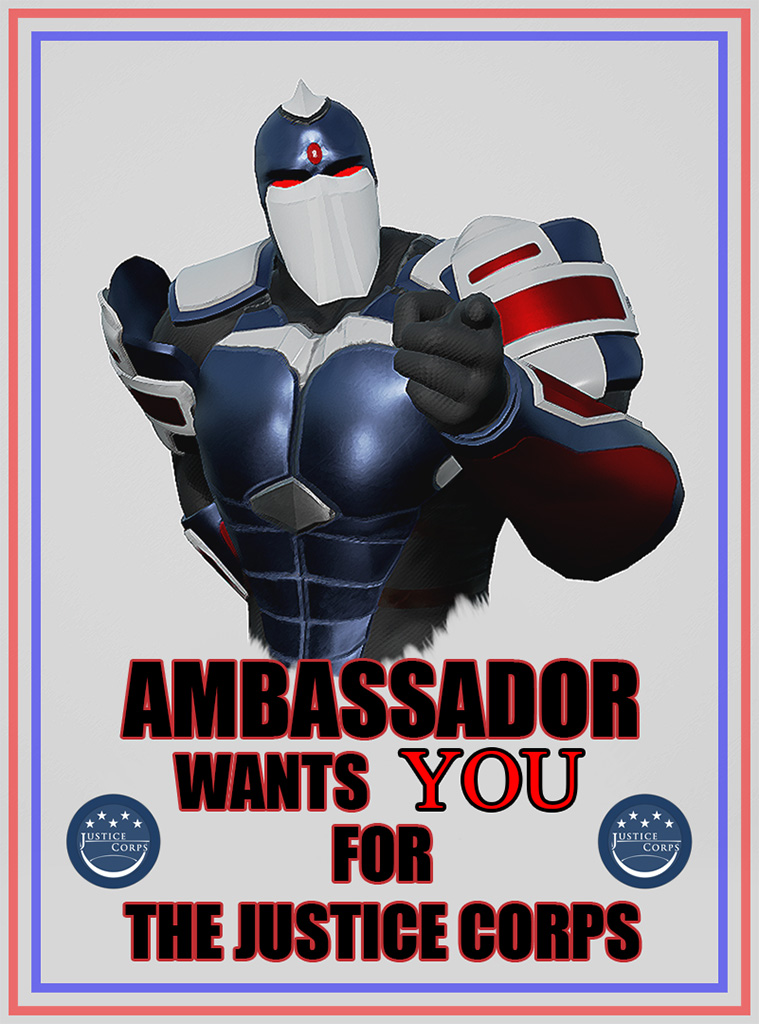 As for community – well, Ship of Heroes is taking a different, moderated approach. Casey and I talked about toxicity in MMO communities, online communities, and even in the world in general. And while many game developers have a hands-off approach to the community, either to wash their hands or out of a sense of helplessness, Heroic Games has no qualms about making a firm stance for moderation. The plan is to create a split moderation team – composed of ‘super moderators’ on staff and volunteer moderators from the community – that will actively monitor gameplay and chat. The goal is to silence players who are hateful, harrassing, disruptive, and stressful, in hopes of fostering a positive community that focuses on helping each other and enjoying the game. Casey also posed the idea of achievements and other community rewards that are meant to encourage players toward a helpful community. He’s not afraid of losing players who find themselves silenced after spouting off, either: he doesn’t want them to begin with.

Ship of Heroes doesn’t see itself as a competitor to Valiance Online or City of Titans: in fact, the teams behind these games are on friendly terms with each other and talk frequently. Each has its own set of goals, its own vision for a new Heroes future. For Ship of Heroes, it’s about creating a game where there is a positive, personal superhero experience – one that can create lasting stories, as City of Heroes did for Casey.

If that’s what you hope to recapture, then Heroic Games is waiting to meet you. The first character creator alpha will be released this month, escorted combat alpha is planned for December 2017, and beta raid testing begins in June 2018.