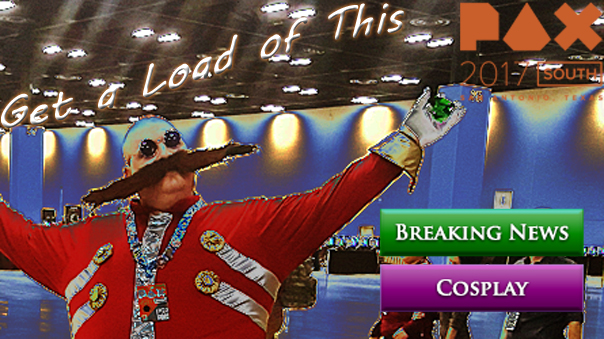 PAX South is definitely the most laid-back of the PAX Events.  As day one comes to a close, we’ve done a fair amount of work! Some of our appointments were taken care of early, but there is still so much to see and do. I’m genuinely surprised, since the venue itself isn’t really all that big, but they managed to stuff some tremendous stuff into the building! From Nintendo to Lunchbox Studios, let’s talk for a little bit about this event, and not the other one they announced, Pax Unplugged. That one will probably not be a convention that we attend, since it’s focused primarily on tabletop. With that in mind, let’s get down to business! 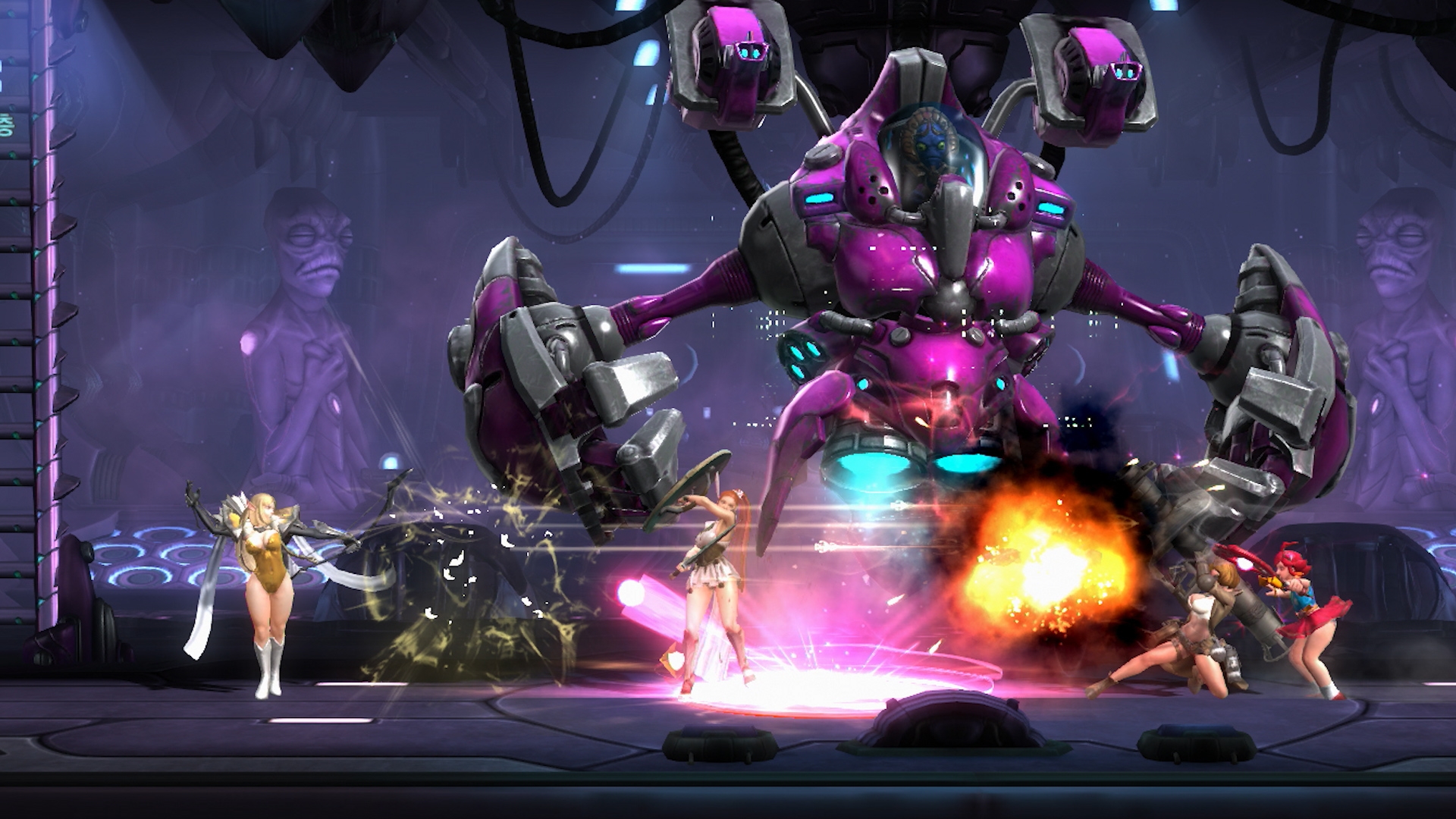 Hot damn! Hyper Universe! It was a pleasure to meet a few of the team members for Nexon’s latest hit! We had the opportunity to do a small interview [which should be uploaded soon!] with one of their devs about just what inspired them, what we can expect, and more. But more important than that, we got our hands on it and played a match!  Hyper Universe is a 2.5D side scrolling MOBA, using fantasy/comic-book style/anime-style characters, and will have their own takes on heroes like the Power Rangers/Super Sentai franchise.  Don’t expect to see MagiRed, it’ll be their own fun spin on the characters.  It has seven lanes. SEVEN. It’s intense, the action is non-stop, it has jungle camps, and the ultimate goal is the same as every MOBA: Get your minions through the towers as a means to kill the enemy base. Simple stuff. The characters were all fun and campy, from Hyper Woman, to an anime magical-girl, the buxom Elf archer, and quite a few others. This and Dauntless are probably best at show for me, but there are without a doubt runners up.  The beta will be fairly soon for this, I believe.  Every company has a MOBA now, and it’s hard to find one that’s not just a League of Legends clone. Hirez does their own unique spin on it, and the ones that try to copy the “winning” formula all wind up buried. This one is special in its own way and it is fun! That’s the most important thing. However… those death timers are absolutely ludicrous. I think I hit 70 seconds towards the end of the match.  Though I did not win, I didn’t feel bad about it. It was glorious, every single second of it. 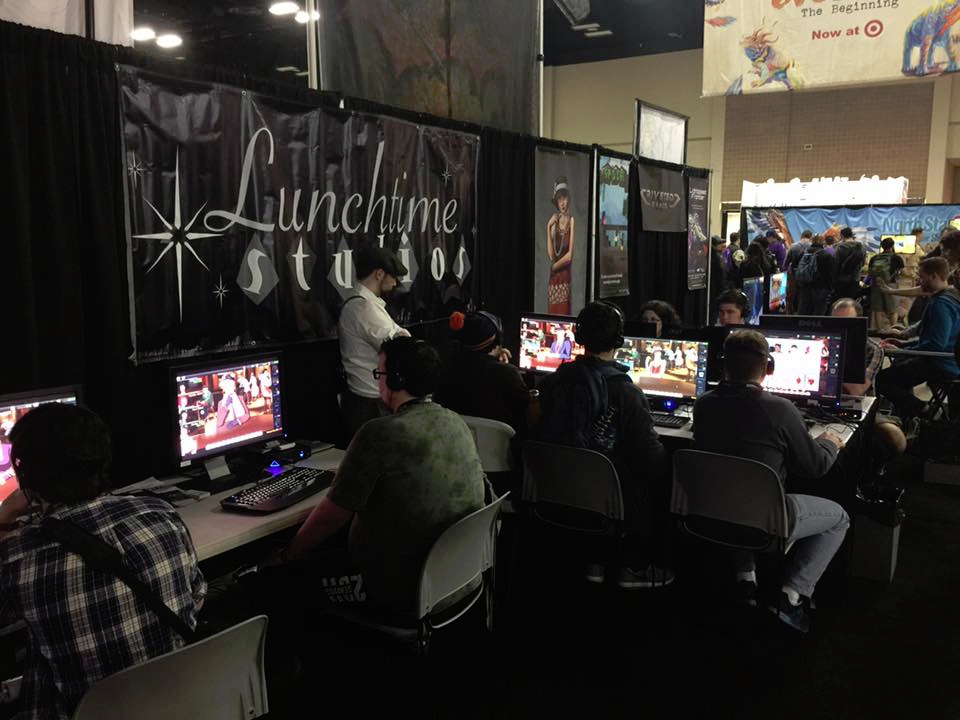 Poker games are all the same, right? You sit down, play a fair game of cards, get shit draws and grumble as your money dwindles away, yeah? Well Lords of New York told that shit to sit down! While I’m notoriously bad at Poker, the fun thing is being able to do something about that besides “gitting gud.” Lords of New York is set in the Prohibition Era, and the characters are definitely set right out of that. But what really makes this a must-play Poker game is that you can cheat! Characters have abilities that allow them to influence the game in insane was. Like being able to up or lower a cards value, get better draws, insanely ramble non-stop to prevent players from using their skills on you, stuff like that. You can bluff your way out of situations like always, but you have fun emotes and stuff to do that with as well. The characters have tells, and Lords of New York called in a professional poker player to make sure everything is legit, and as solid as possible. It’s a wonderful world we live in. There’s also talk of it coming to iOS in the future! I’m grumpy because I don’t have an iPhone, but I totally get why they would. It’s much easier to develop for.  It’s got a fun story, which is being expanded on episodically, it’s got crazy fun poker action with unique abilities to change the way the game is going for you, or even for someone else. You can try to intimidate, get a second peek at the cards, you name it. And they’re looking at a cast of 18 characters or more! That’s a lot of personalities to pack into one game!  I hate poker games, or watching poker, but I love Lords of New York. Count on seeing it on Bottom Tier before too long! The guys working on it are dedicated to making it fun and memorable. I think they’ve succeeded.

I took a look at the four major titles for Trion Worlds, and I’ll try to keep it as brief as possible, because that’s a lot of content. Some of it was major, huge stuff, some of it was not so much, but nonetheless interesting. They have a real passion for what they do and it certainly shows.

Trove showed off the Console Beta! It’s already live but players could get a handle on it right there on the show floor. And I have to say, I think I like it better on console than I do on PC.  The controls were mostly very intuitive, and the UI was not so intrusive, but still showed what you could do with your character. So all in all, that was great!

Archeage… oh dear, Archeage.  They didn’t have a lot of new content to show off, since some of that’s still on the way. But they showed the new current and terrifying raid boss that will require everyone in the zone to fight, whose name escapes me. We’ll edit it in I’m sure, but for now it’s the Thundercouarfalconbird.  It’s a massive fight that takes place in the air, and I know we’ve covered it recently.  Oh… and Magical Underwear.  Yes, that’s right, you can customize and upgrade Magical Underwear.  There is no right way to segue into that, so I’m just going to blurt it out thoughtlessly like that.  Magical Underwear!

Atlas Reactor talked about the improvements to Ranked Play, making it a more friendly, easier to access event, not something that will be soulcrushing and mind-breaking.  Ahem. We talked about some upcoming events (which will probably be in some video footage), upcoming special matches that will be fun! There was also some new stuff on the next character… We snuck out some extra-special info! She’s going to have the lowest health of any support, but the shortest cooldown on her escape mechanic.  She also uses a bow! So you heard it here first.

Rift showed some new content too, with the upcoming expansion. The two areas, shards of Fire and Life were gorgeous, and if I said that wrong, we’ll get it fixed. You practically march down into the depths of hell to fight demons, and they’re giving some truly broken powers to people who earn them! The Legendary Powers let anyone be absolutely overpowered. Because if everyone is OP, nobody is OP. You upgrade powers that qualify and they boost them in some truly frightening ways. One of the devs talked about how he basically pulled a zones worth of enemies to him while trying to save people. He died, so that they might live. The Legendary Weapons are also suitably epic, and involve a quest chain worthy of them.  My favorite one belonged to the Cleric, which had a Black Hole trapped within a hammer. But the invasion into a Magi-tek style structure and watching the structure corrupt the land was awe-inspiring. So much is coming from them.

So that’s Day One! We saw much more than that, but we’re going to save some of that for tomorrow, because now it’s time to upload video, pictures, and rest my weary bones! Pax South might be the most relaxed of the three, but it’s still exhausting! Thank you to everyone who attended, and worked it; you guys are so very kind and helpful.  Stay tuned, we have so much more tomorrow!