The surprise hit of the Indie Mega Booth this year came from what must be the simplest concept imaginable for a game. Taking to the tune of old school bullet hell side-scrolling 2D space ship games, Just Shapes and Beats pushes this extinct genre into the future with four player co-op, rocking beats, and some of the most intense player skill testing gameplay in recent memory. 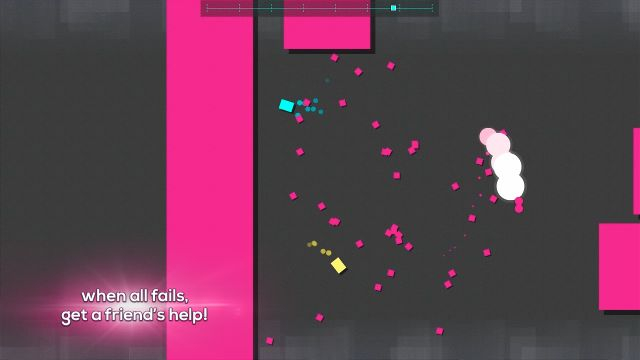 Long story short, the minds behind this game wanted to push their players to madness, in the most fun way possible! While the game is frustratingly challenging at times, you will walk away with an urge to come back for another round. Furthermore, tackling the game with friends will leave the whole room shouting in victory or defeat as the system of passing through a downed ally before they are eliminating by floating off screen pushes the gameplay to a whole new level. While its a simple concept, once you experience the game you will find that getting across the map in a limited window of time is a haphazard affair that will throw you into insane danger on the higher ranked stages, often resulting in your untimely death as you try in vain to be a hero. Essentially you have to make split second decisions of whether rescuing your friend is worth the danger involved, or let them die with the realization that keeping yourself alive to the next checkpoint to revive them is the more logical choice. 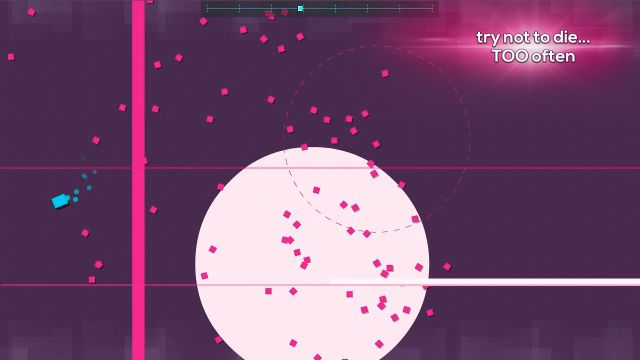 The true genius of Just Shapes and Beats is shown by the designers’ ability to turn a mindless barrage of pink death into identifiable enemies seeking your destruction. One stage, Lui Kang Do It, pits you against a barrage of pink martial arts masters doing everything from group high flip kicks to kamehameha waves to bring you down. In another, The Brand New Fresh, you face a checkpoint free gauntlet as a central emotionless figure continually absorbs the power of pink before becoming a unibrowed monstrosity of evil. Between the second by second heart wrenching survival and emotional attachment to your allies and hatred of the enemies pushing you to the limit, this simple 2D game of boosting and dodging obstacles becomes quite the heated affair. 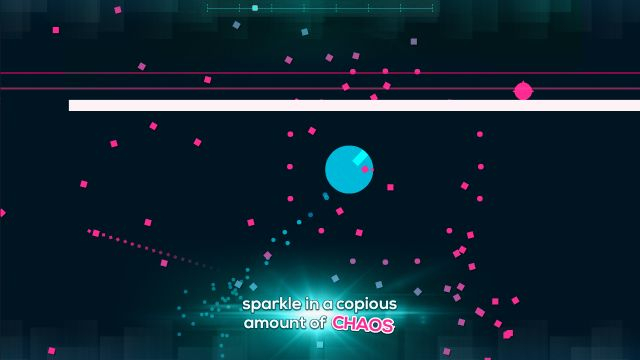 But don’t take my word for it, check out my actual gameplay repping the might of the orange circle on MMOHuts’ Youtube channel! 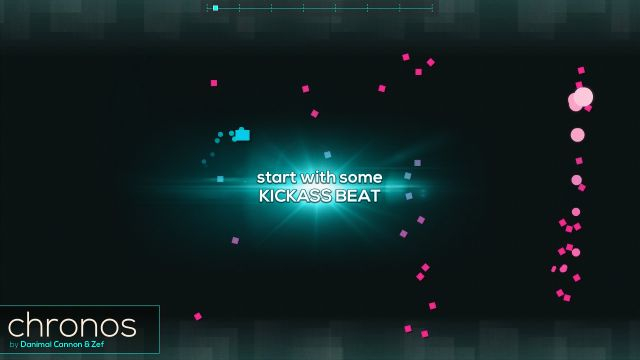 Continue to World of Tanks: Xbox One