Path of Exile has been keeping the hype train chugging for its upcoming expansion, Forsaken Masters, set to launch on August 20. Today, we’re pleased to reveal the details for Vagan, the Weaponmaster, the fifth master to be revealed (of seven). 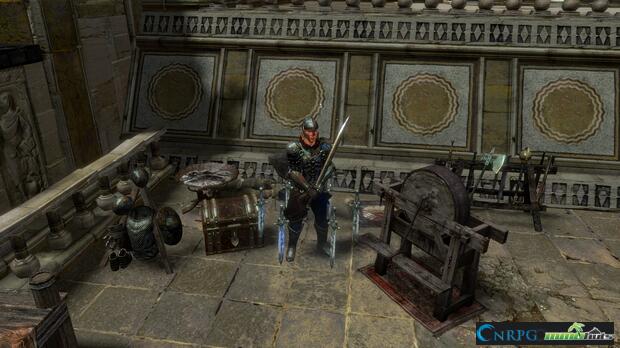 Vagan has come to Wraeclast after having been a blade-for-hire in Oriath. Vagan considers himself the “foremost Duelist” of Wraeclast, sometimes comparing himself to the great Daresso. Vagan, however, is more than just a bigmouth hotshot. He knows he must build his reputation in order to survive, following his father’s mantra, “The fight is won before you ever draw your sword.” Angry fighters make mistakes, and so Vagan seeks to exploit these weaknesses through any means possible.

Vagan’s skills with weapons truly are legendary, bordering on the “preternatural,” and he can smith as well as he can fight. He will share this knowledge with any who prove their mettle against him in battle. 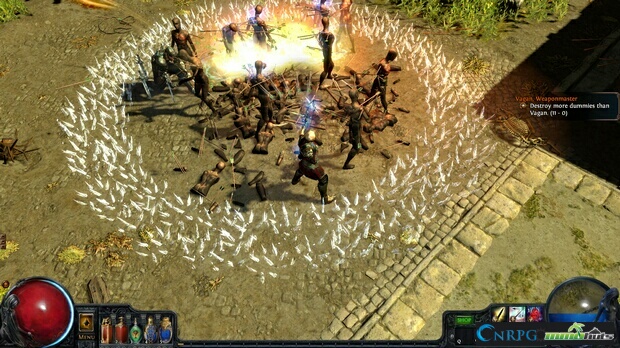 When players encounter Vagan, they will be challenged to a duel. These duels have random win conditions, and can vary from a simple “Defeat Vagan” objective, to defeating the master under different circumstances, including time limits, additional allies, and kill-count competitions. 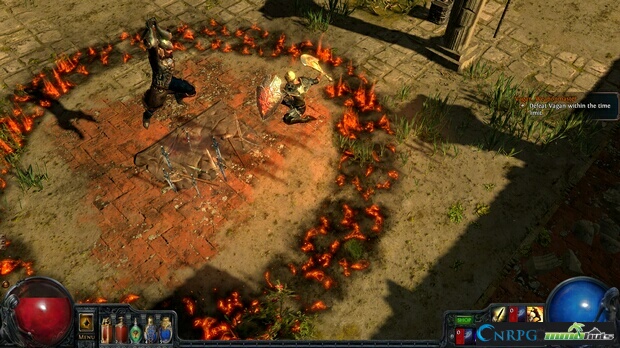 Even the dueling arena isn’t static. It may be surrounded by rings of flame or searing bond totems, may exist in the wild or be set aside in a dedicated area, and comes in multiple layouts.

In short, Vagan has at least a dozen ways he can kick your character’s ass. 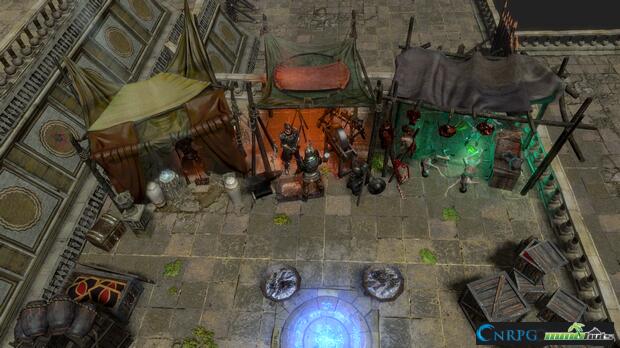 With the Forsaken Masters expansion, each Master can offer the players a unique Hideout to use. Vagan’s no exception, and offers a battlefront styled hideout for players who choose to call it home.

Vagan will offer players decorations for their hideout as he levels up, all with a battlefield-theme. These include crates, corpses, wagons, weapons, and more. These decorations may also be taken to other masters’ hideouts for use. 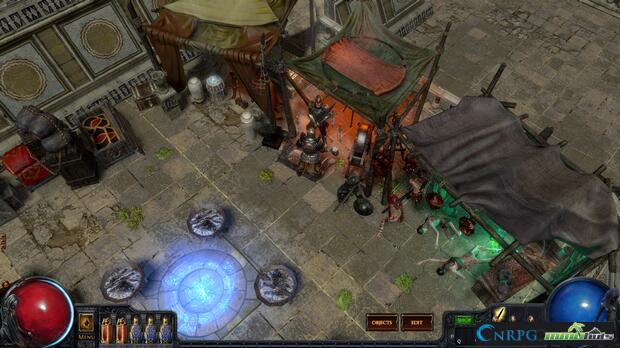 Meet Vagan for the first time in this video!

For more information on the Forsaken Masters expansion, click here!

Miss the previous masters? Check out their videos below: