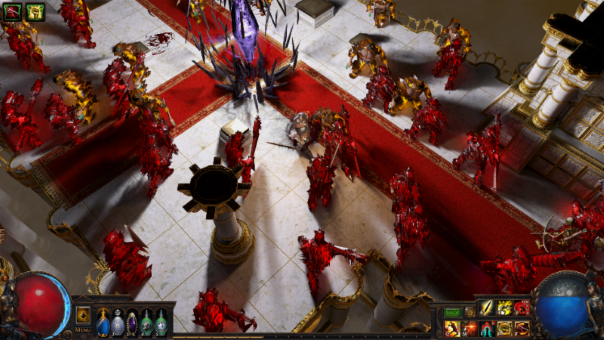 The latest update for Path of Exile arrives today on PC hits today, “Legion”, and will arrive on Console June 10th. Wraeclast’s mightiest military leaders have been trapped for thousands of years within the Domain of Timeless Conflict, but in Legion, they will be set free so that you can battle them (for rewards, of course). Also in this update is the highly-anticipated “melee rework”, that creates an entirely new melee combat experience. All melee attacks now hit multiple enemies, and all movement skills are instant, with additional movement/dodging skills added to several classes.

Legion also introduces a few new character archetypes: the Blood and Sand Gladiator and the Rage Berserker.  The Blood and Sand Gladiator can switch between Blood Stance and Sand Stance – Blood causing massive damage to multiple enemies at once and Sand providing the character with better defense. The new Rage Berserker introduces skills that generate or consume rage with certain attacks improving movement speed and attack damage.