Path of Exile Review: The Fall of Oriath (PC) 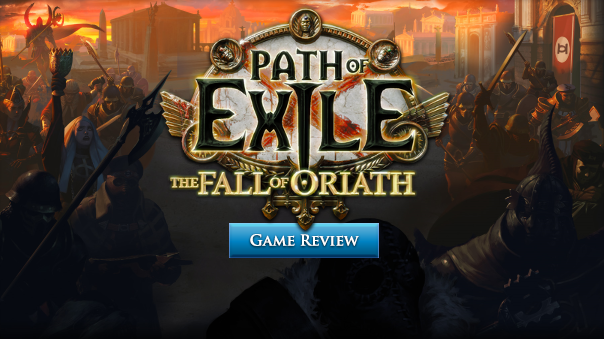 It’s fair to say the MMORPG genre has gotten into a drought one way or another. There haven’t been all that many new releases, and slowly but surely we see the genre put back on the shelves a little bit, hoping for a new fresh breath of air to make it as popular again as it was a few years ago. Path of Exile may very well be this fresh of breath air, and even though it isn’t necessarily new, the growth of this game has been through the roof. Each patch, more and more people come check out what all the fuss is about, and a lot of them do stick around. With this new expansion for Path of Exile, six new acts have been added making the game and the story both feel a lot more complete.

One of the biggest issues that plagued this game since release was its lacking amount of content. The game always has a lot of depth, since it gives the player the choice to make his build as unique as he possibly wants with the Skill tree, but the playing field was always the same old basketball field you grew up at, and a hoop that has seen better days. You were always forced to go through the same content a grand total of three times before you got to the final part of the game that can be considered the endgame. But with the addition of six new acts, you don’t have to torture the old hoop any longer, and finally get a fuller experience completing the story line of Path of Exile. 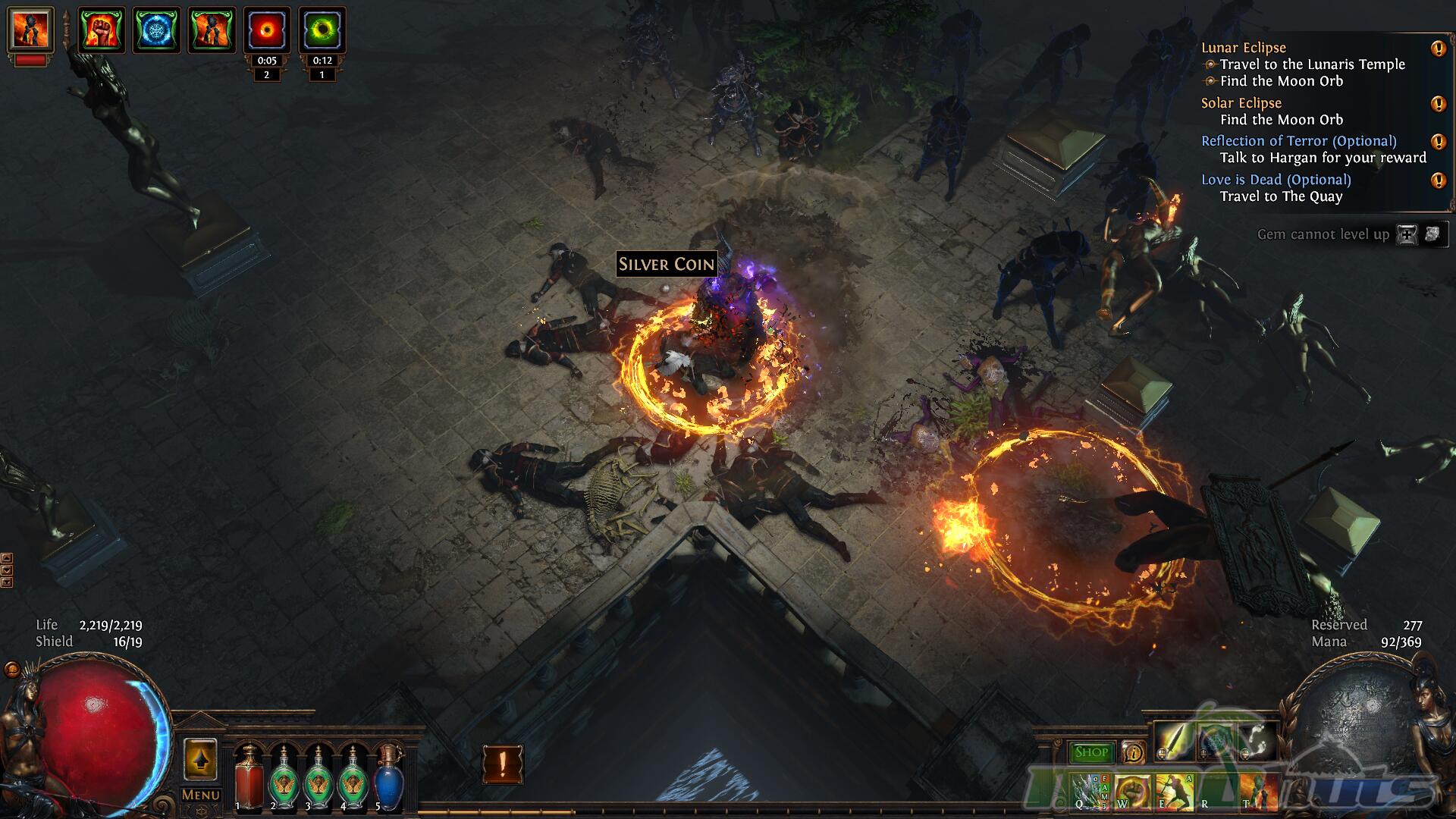 The game currently is divided into two parts. Part one is the same four acts we already know, plus a new fifth act. Part two of the story is acts six through ten, which returns us to the same world as before, but with a different story and objective to complete. Previously when you completed four acts, you started back at Act 1 with the same exact content but a different difficulty called Cruel, and after completing this you got to Merciless difficulty. These two difficulty concepts haven’t been completely thrown out the window, somewhat returning when finishing each part of the story.

In part two of the story you return back to Lioneye’s Watch with a different enemy plaguing the world that you must battle against. And while I don’t want to spoil any of the fights because some of you might still be on your first playthrough, I do want to talk about the different acts and how they were formed compared to the first part. Let’s start with Act 5 which completes the first part of the story. After defeating the Nightmare of Malachai you get to go up to Act 5 which takes place in a city that has had a rebellion. In this beautiful area that reminds me of a medieval Roman city, you face a lot of new foes and are introduced to a new feature of the game, the Pantheon. 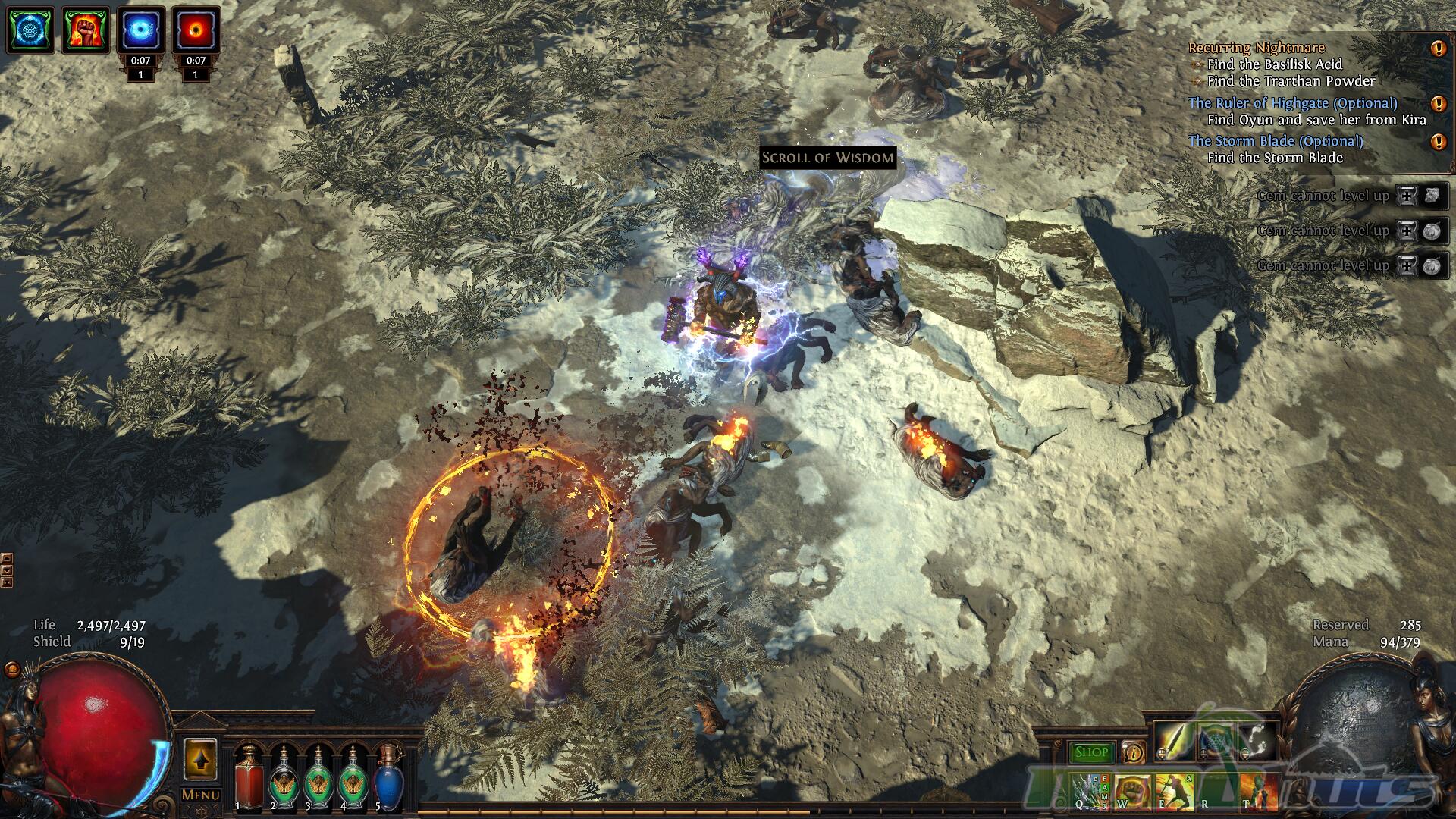 The Pantheon gives you extra bonuses upon defeating extra bosses, that I personally see as mini bosses building up to the final boss of an act. While in theory the extra bonuses may sound awesome, as of right now the Pantheon system still feels a bit lackluster. The bonuses are not large, and don’t really drastically change the outcome of a build either, so you can’t really play around with them a whole lot. After each boss you defeat you unlock a pantheon. Currently there are four major Pantheons and seven minor Pantheons to find, with each Pantheon representing a god and giving different bonuses. Throughout your journey in act 5 to 10 you will find these bosses that all have their own unique challenges, and especially in Hardcore will bring you to the edge of your seat praying to the gods that are left to help you survive these really fun and challenging fights.

Act 6 that takes place in the same area as where you once started in act 1. Each act after this brings you back to old locations where you once fought the old bosses, who suddenly seem very easy compared to the evil demons you are facing now. But even though the story takes place in the same regions, you will venture off into different areas you haven’t seen before, or add in into the history of the places you have already finished, suddenly making these areas click together, but now with a new foe reigning chaos in them. I personally do like the way they changed the world and you can actually see the outcome of what happened in the first part of the story, but I would have preferred to see more unique areas and characters giving us a whole complete new story. 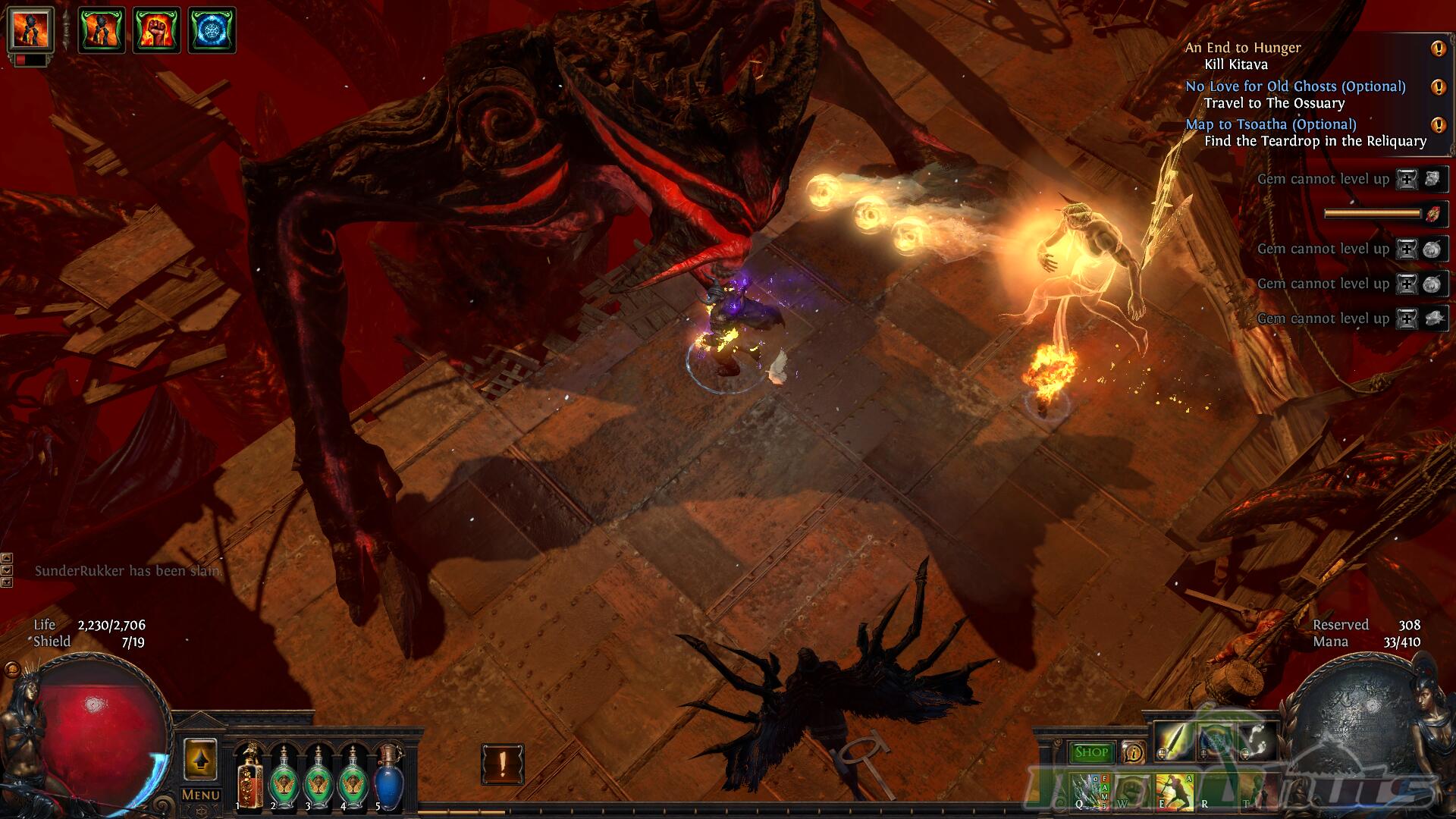 Once you are done with each Act of the Story you will come to the end game of Path of Exile. This hasn’t been changed all that much, except the Epilogue of the game transitions you better into what the veterans of Path of Exile call ‘mapping’. Before heading to the Epilogue, you might’ve found a few map drops before completing the whole story, and might’ve been wondering what the hell you are supposed to with those funky looking stones. Those stones are thrown into the map device and before you know it you are on your grind to finding the Shaper, the maker of it all. The mapping system comes with a lot of different tiers of maps, each harder than the previous and with their own unique boss. Completing the atlas of maps is your last objective of the game. This is honestly where the story actually ends in Path of Exile, and also the point where a lot of people try out other characters with different builds.

The Fall of Oriath expansion finally makes Path of Exile feel whole. I personally never liked going back to the old content repeating the acts at different difficulties. It wore me down and I always quickly lost interest in the game when a new league started. Despite loving Path of Exile, loving the endgame, and trying out different builds, I always struggled ‘starting over’ and following the story of the game. With the new addition of the six new acts, and dividing them into two parts of the story, Path of Exile finally feels like the game is complete, and this can be seen with the amount of people flocking on the hype train to try out the game. Twitch has seen an absolute explosion of famous streamers trying out the game and now finally loving it. Path of Exile gives a new breath of hope in the industry, especially when you remember that it is completely free to play.