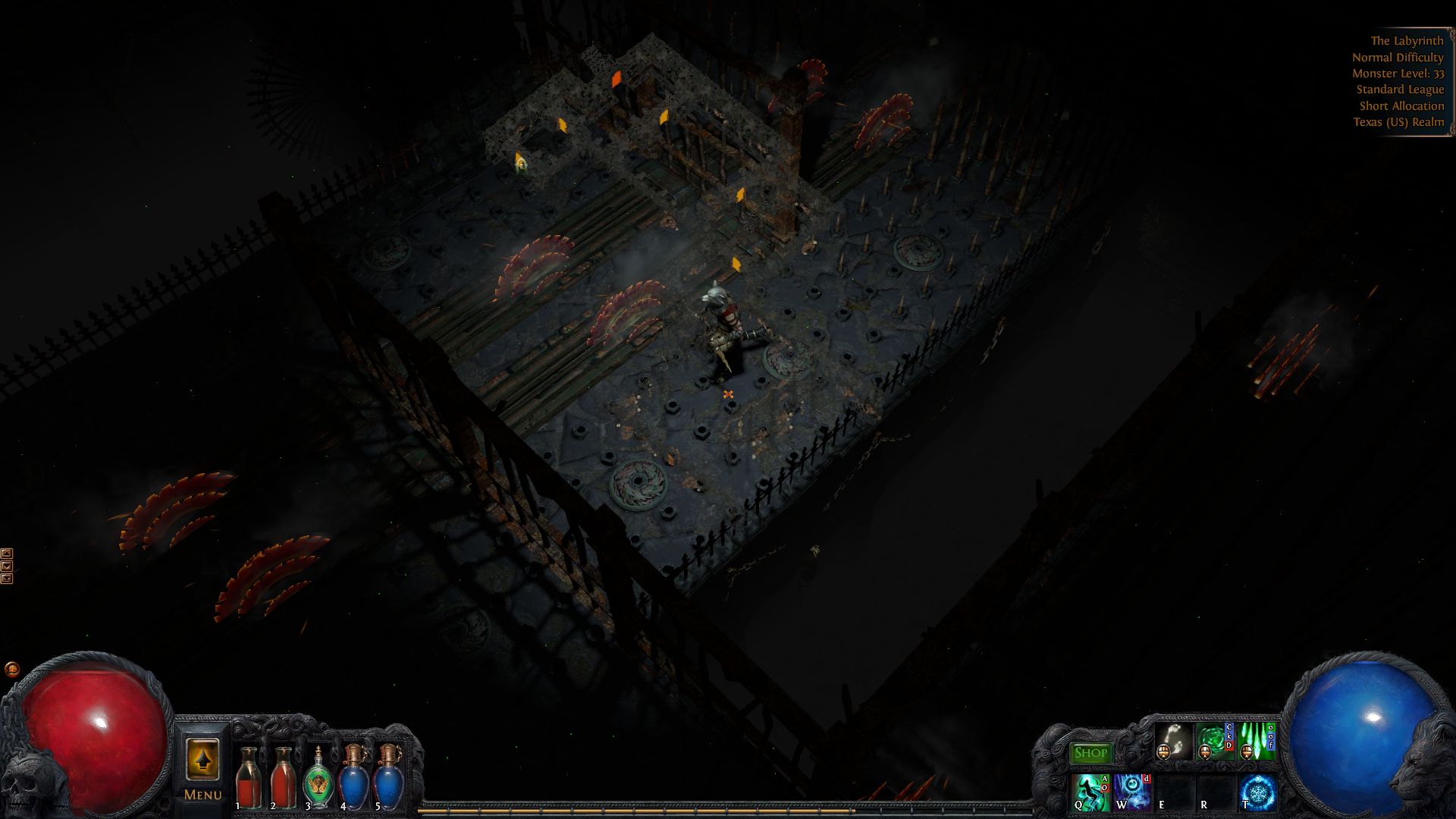 Last week I ascended. No not because I bought a new computer and the holy lord Gaben rewarded me with new playable games. Rather a new patch for Path of Exile arrived that changes well… not everything. But close to it! Before, reaching the end in Path of Exile was a bit lackluster, since the game keeps receiving updates, but never actually had something special to do when you get to the higher levels. It was clear to players and devs alike that the game needed a bit of a fresh challenge, and with Ascendancy, the Path of Exile fans are finally getting the end-game content they’ve wished for. 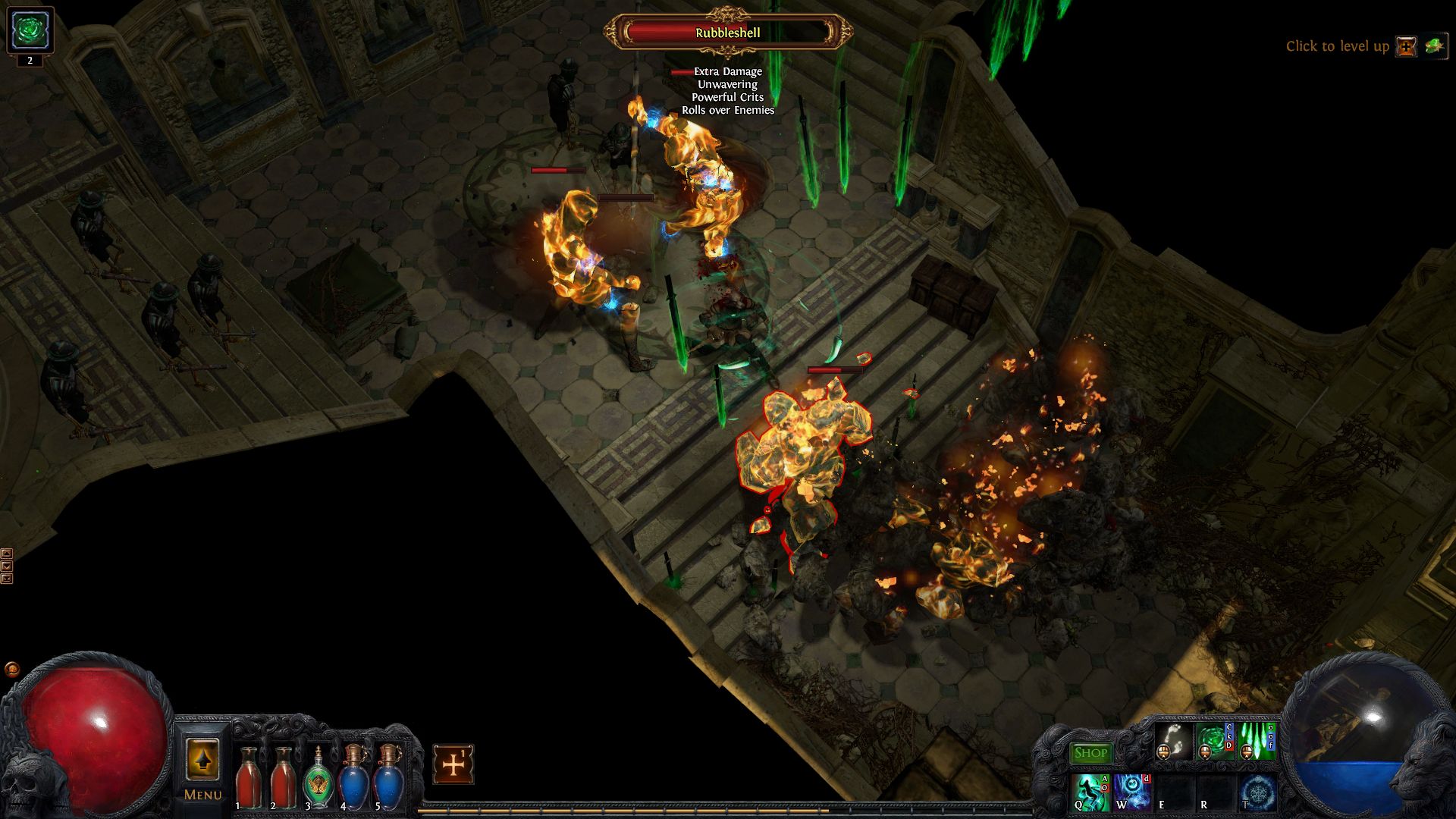 The monsters are rough.

Its been a good several months since I last played the game, and just like me there are a lot of other players that come back with each update trying out the different challenges. But there is always a reason why most don’t stick around. Akin to Warcraft, most people hang up their boots after a few weeks of testing out the latest expansion. Ascendancy is a game changer though; there are finally a lot more things you can do and challenges you have to face to get decked out in the end. And the first major content update I want to talk about is the Labyrinth.

Unlike previous major updates focused on expanding the story with new arcs to explore, Ascendancy is more of a side tale focused around answering the challenge of the Labyrinth. The Labyrinth offers some truly unique challenges not seen before in Path of Exile. Players need to go in with a plan as the penalty for dying now is sending you back to start, do not pass go, do not collect nifty enhancements to your character. In the Labyrinth you will face a lot of challenges, including new monsters and traps that will test your reflexes, timing, and ability to utilize your movement skills on short notice. We’re not talking about a few sparse traps hidden here or there either. Depending on how much RNGesus is against you, you may run into giant areas on each level of the Labyrinth that will make you scratch your head pondering how anyone could possibly run through unscathed. 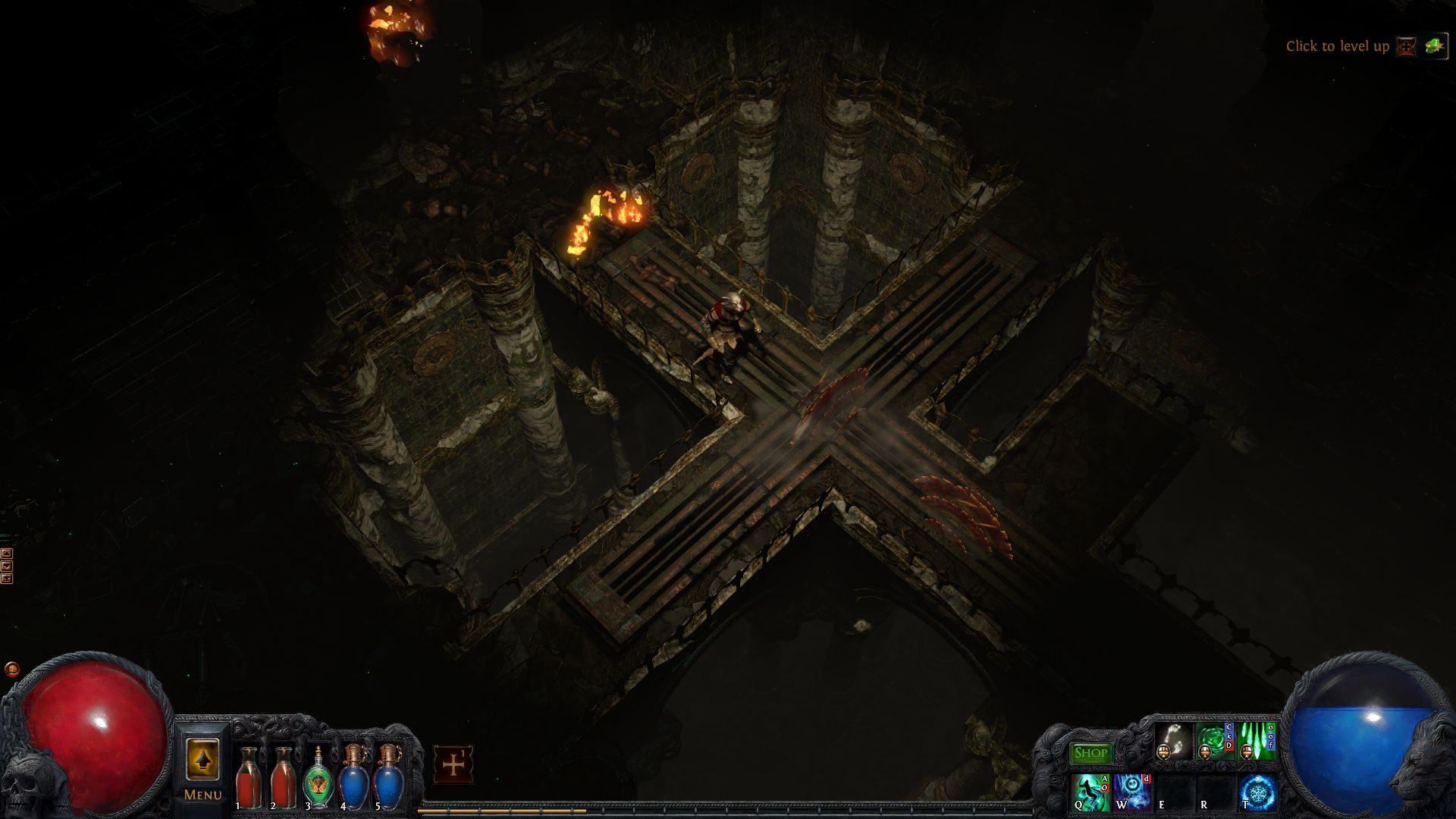 The traps are worse.

Without spoiling too much about the Labyrinth, let me explain to you how exactly you can clear the whole place and earn new enhancements for your current equipment. You start out entering the dungeon just like most of the levels you are used to in Path of Exile. The first floor will quickly get you accustomed to the traps you will face as you hunt for the randomly generated key locations to unlock the next zones. Rinse repeat as the traps start to overlap more and more, and the monsters get tougher and rougher until you’re at the last level of the Labyrinth. The random generation shines here more so than anyone else in the game as sometimes the trap combinations are a mega headache, and just what you’d expect for end-game. Every new level you unlock, at the start of the entrance you can see your progress and what exactly you will need to get through that zone. If you are fortunate you will find everything by luck while dodging the traps. Most of the time though you will reach a dead-end and realize you need to backtrack through the death trap to find the key you missed.

As I said earlier, dying is not an option (duh) unless you enjoy throwing your keyboard through the window. If you die, your progression in the Labyrinth will get reset and you will have to start over again. Since we were given alpha access and a character to clear the new content with, we were given some really good equipment to help our progression. But even with the right and perhaps even best equipment available for our classes, the Labyrinth still proved to be anything but a cakewalk. I spent my whole Saturday trying to clear the levels only to still come up short by the end of the day from underestimating traps or misclicking. But slowly and surely I managed to learn from my mistakes to get my groove back, getting further and further in with each subsequent attempt. When you clear the whole Labyrinth, you get to battle a truly epic boss that makes even the traps of the dungeon seem dull in comparison. Past this battle awaits the chance to enhance your equipment with new effects and benefits, or even enhance your skills with new powerful unlocks that no single character can fully acquire. This is the heart and soul of the expansion: The Ascendancy Classes. 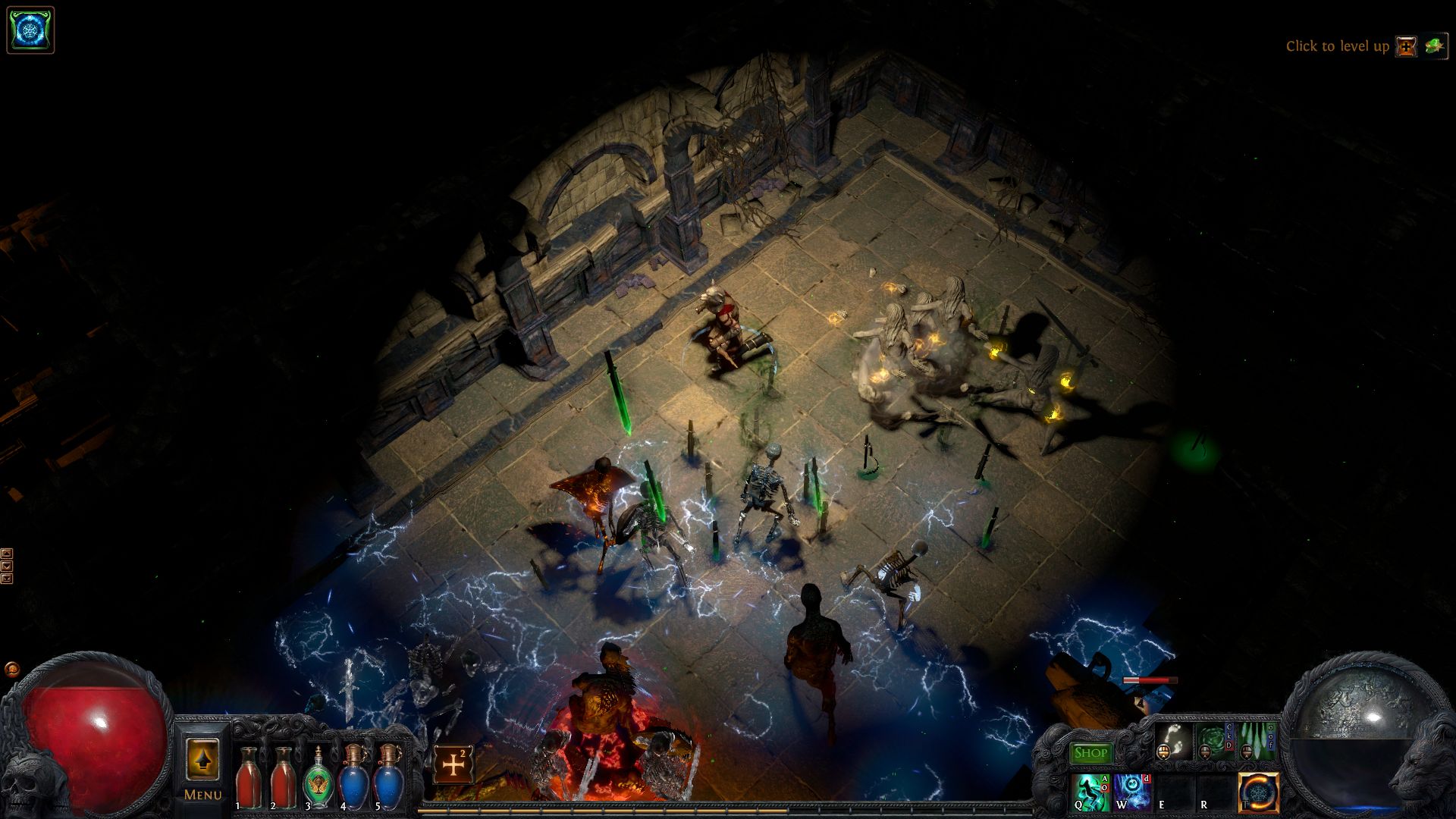 But its when the two combine that things get really ugly.

As a fan of the game I must say I’m once again absolutely hooked to the game. The game isn’t only about rushing through the content while making your character as powerful as possible anymore. With regular competitive Leagues, and now a new engaging end-game that pushes their industry leading customization to even higher peaks, Path of Exile has never felt more perfect. Teaming up with friends to work together (or laugh at each other’s failure) to beat the Labyrinth is a delight. And the challenge is rough enough that anyone busting out Ascendancy skills feels truly accomplished in the community. Big props to Grinding Gear Games for still caring to innovate and push their game to the limits when most MMO teams seem content to dwell in the status quo. 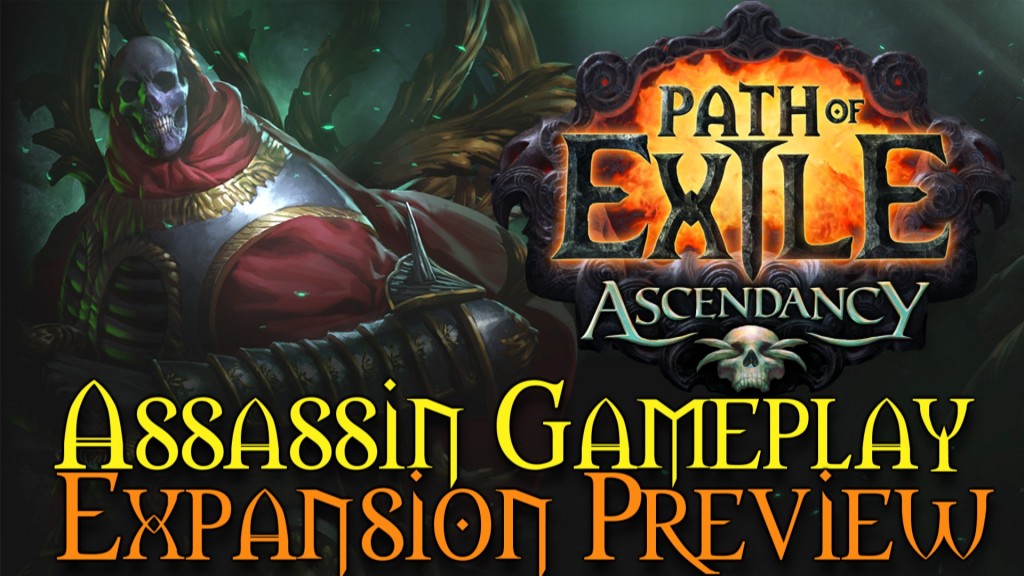