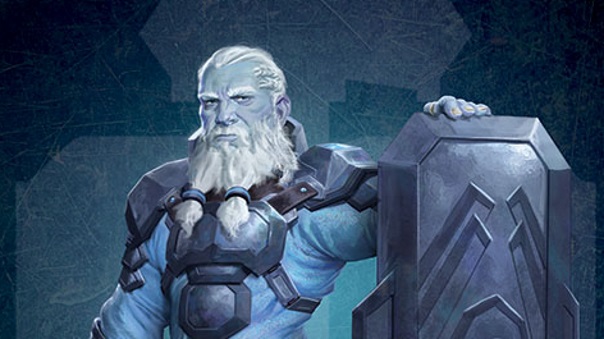 Today, the developers of Pantheon: Rise of the Fallen revealed the next set of classes for their forthcoming MMO, and that’s the Cleric, the Shaman, and the Druid. Starting with the Cleric, who can receive almost no communion with their deities, and now must instead rely on binding themselves to ancient tomes of their Order. The last vestiges of light are starting to fade in the time after the Deicide War, but the Clerics are not without means. Clerics have a variety of restorative means and can enhance the defenses of their allies through signets, writs, and ethereal armors. Clerics can also imbue themselves with Celestial power, which can have them mistaken for real Celestials, and with their affinity to Celestial light, they have evolved the means to turn Undeath and other unholy beings.  Dark Myr, Dwarves, and Humans can be Clerics. Shaman is terribly mysterious, and it’s said they live in every age at once. They have the gift of Second Sight, allowing them to see the threads of the past, and they use this to discern friend and foe, wielding this knowledge in the form of Boons (or Banes for their foes). Shaman has “Vision” as a resource alongside Mana, receiving Vision as a percentage of their effective healing. The more Vision, the faster their spell-casting speed becomes, and is represented by a Closed Eye in the character portrait. The more Vision, the more open the ey will become. Archai, Elves, Humans, Ogres, and Skar can become Shaman. A Druid answers the Call of the Wild of Terminus and delves deep into its mysteries. Druids can see beyond the fragmented terrain of reality, and into the heart of Terminus itself. At their core, they draw out aspects of nature and imbue them into other living things, or project it into their surroundings. But there is a fine line to walk as they gaze deeper, and those who master these secrets can bring amazing healing properties to life, while also wielding the power of weather itself.