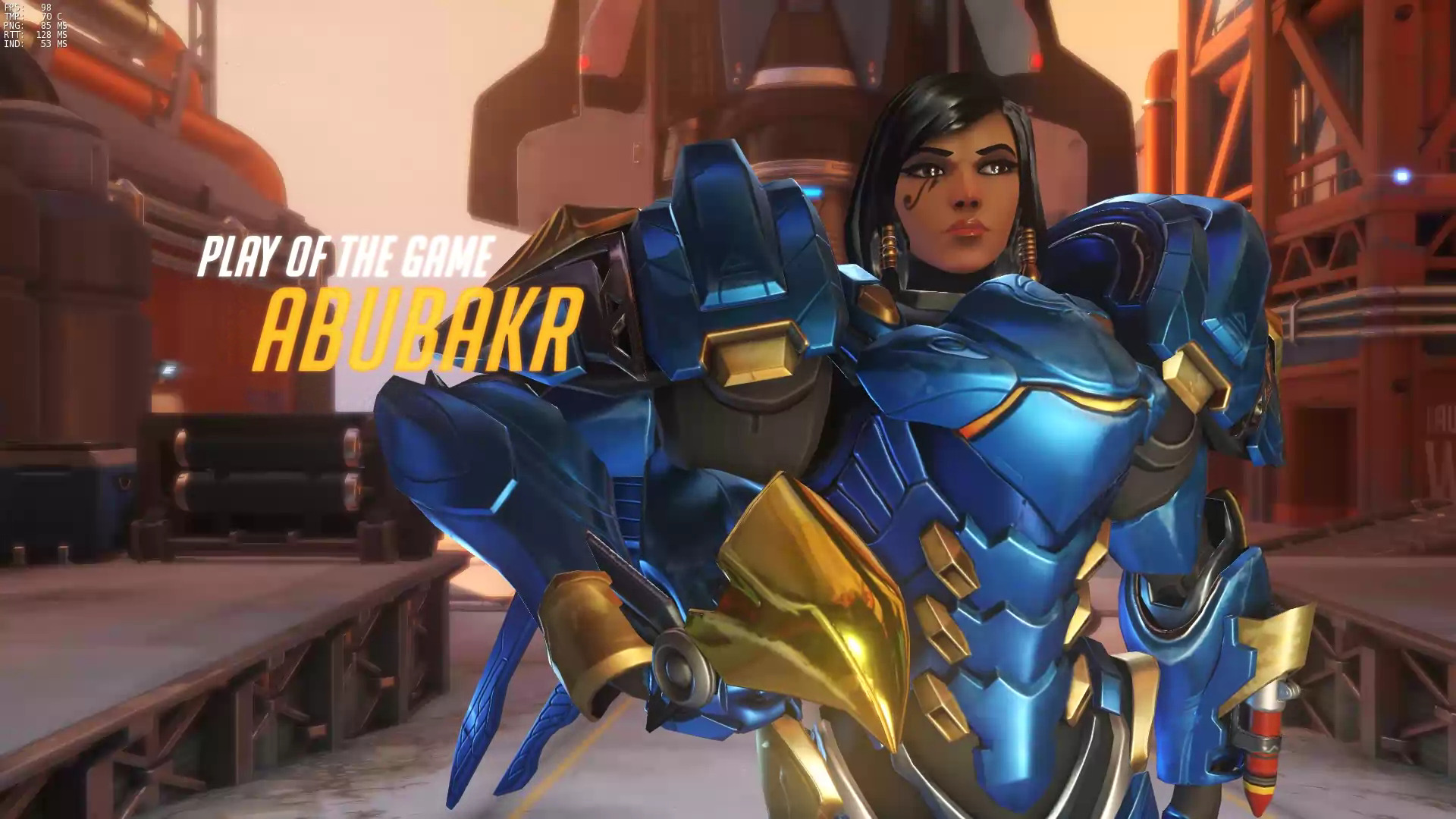 Whenever a new game is announced by Blizzard, it never fails to receive hype. Their latest class based first person shooter, Overwatch, has entered its closed beta stages and those players who were lucky enough to get an invite have been enjoying the game this past weekend. I was surprised and disappointed when Overwatch was announced to be a full $60 game, but I could not pass up the chance to at least try it out for free in its beta stages. Read on for my first impressions of Overwatch in its beta stages!

As mentioned above, Overwatch is a class based first person shooter. This means that instead of being able to customize your loadout, players select between various classes, known as heroes, which have their own unique abilities and weapons. There are A LOT of classes available, sometimes it even seems like too many. The Overwatch beta features TWENTY ONE unique heroes which all play differently and unlike any other hero in the game. Players can pick between various heroes such as Pharah with her rocket launcher and jetpack or Hanzo with his bow and arrow.

All of these heroes are split up into different categories: offense, defense, tank, and support. In order to build a good team, it is essential to maintain a balance between these categories. Blizzard did a great job in this regard by adding short and simple tips alerting teams that they are missing some recommended roles. If your team is full of snipers, then you will see messages letting you know that your team has no tank or support heroes. If you are on defense, it will even let you know that you need more defensive heroes.

Every game concludes by showing off the play of the game

Overall the heroes are well designed and a blast to play. I was always a fan of the soldier class from Team Fortress 2 making Pharah the obvious choice in Overwatch. I love being able to shoot rockets at my opponents from afar. Every hero has some sort of primary and secondary fire along with two regular and one ultimate ability. These abilities can range anywhere from simple grenades as basic abilities to massive dragon attacks as ultimate abilities. If you have your ultimate ability charged up, using it correctly can quickly change the tide of the game. It is important to keep in mind that you should not always wait for the ‘perfect’ opportunity to use your ultimate, sometimes it is better to just use it even if it is not optimal in order to begin charging up another use.

The ability system alongside the primary and secondary fire options help to differentiate between all twenty one heroes. While a player’s aim and game sense may contribute greatly to how well they perform, a player good at one hero may not necessarily be good at another if it does not suit their playstyle. You must approach every hero differently in order to fully utilize its abilities.

The ultimate abilities can be devastating

All of these unique heroes can be set to battle on eight unique maps (3 available in the beta) with 2 different game modes. The game modes, payload and point capture, are nothing new or unique and therefore we don’t need to spend a lot of time explaining them. In Payload the attacking team works to escort their objective to the end of the map while the defenders work to prevent them from doing so. In order to escort the objective, players simply stand near it to slowly move it along a predetermined path.

Point capture also splits up teams into attackers and defenders where the defenders must prevent the attackers from capturing objective points across each map. Both of these game modes are great and a blast to play; it is always nice to have some objective to complete and not just focus on player kills.

Overall the maps are well designed and the game modes are a blast to play. The maps, along with the rest of the game, are quite good looking. Blizzard did a good job with the graphics by once again favoring art style over realistic graphics. I only wish that some of the ‘bloom’ or glow effects could be toned down as they seem to be overdone. Other than that, I have no complaints with the visual design in Overwatch. The maps and heroes all look unique and are easy to differentiate between.

So far everything I have said has been positive, which is a great sign for Overwatch as the game is a blast to play. However, it lacks on the competitive side. As seems to be the trend with Blizzard, Overwatch comes off as a very casual game catering to all players looking to just sit back, relax, and enjoy gaming in their spare time. It does not offer any incentives to competitive players to continuously practice and aim to become the best.

This can be seen due to the lack of scoreboard and a ranking system. These features may still be added in the future; I just hope Blizzard doesn’t delay them for too long and let the competitive scene die before it is even born. You don’t even have a ‘kill ticker’ showing you who is racking up kills in the game! I hope we do not see another Heroes of the Storm where the competitive scene is almost nonexistent and as a result the following on Twitch is still very low. The only time you will see a lot of viewers is when Blizzard is hosting its own tournament.

There is just nothing in the game pulling me back to continuously practice and advance through the ranks. It would be great to see a ranking system such as that in Counter Strike: Global Offensive or Dota 2 so that competitive players can work towards reaching the top. I hope the ranking system, if one is added, is not as basic as Heroes of the Storm where we only have simple numbers as ranks. This system is not as exciting as Counter Strike’s individual ranks. Rank 10, 5, or 1 don’t sound as cool as Distinguished Master Guardian, Legendary Eagle, and The Global Elite.

You are not forced to use long range weapons in Overwatch

Conclusion: Another Casual but Fun Game

In conclusion, Overwatch is a very fun game to play. I could see myself spending some time playing this game with friends, but I am not sure how long it will remain fun. It is always exciting to work towards ranking up and improving in a competitive game but Overwatch does not have the features to make it very competitive. I hope these features are added in the future to build a good eSports scene and give competitive players some incentive to improve.

Still casual games can still be a lot of fun. I am currently playing Heroes of the Storm with some friends as we all work towards rank 1. After we have all achieved that rank (friends that started before me already have!) I’m not sure how much longer the game will remain interesting and if we will simply move on to another game or keep HoTS on the side as our go to casual game.

However, I have a hard time recommending Overwatch in its current state due to the price tag. It does not seem to offer as much as other games and yet is still priced as a $60 title. If the game improves greatly or is discounted, then sure, but for now I would stay away from Overwatch. It may be fun at first but due to the lack of competitiveness, it will not remain that way for long if you are the type of player that enjoys competition. I wish Blizzard focused more on adding additional features instead of just pumping out loads of heroes.