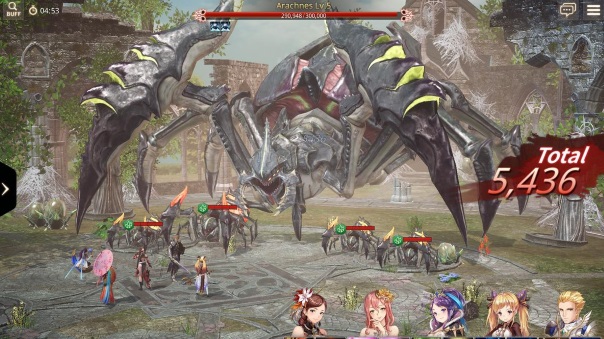 Overhit also adds a new Event Dungeon, Celesta. In Celesta, players can test their mettle in a new wind-type hero event, where plenty of cutscenes and rewards await. Arachnes Raids are also here, where players can band together to defeat powerful bosses, for equally great rewards. Each boss will have their own special attributes and need strategies to succeed. To celebrate Overhit’s unprecedented achievement of three million downloads, players can participate in several festive events including the seven-day attendance event, Arachnes server-cooperation event and more.