Over $160,000 pledged to Planets3; New Pets Unveiled To Celebrate 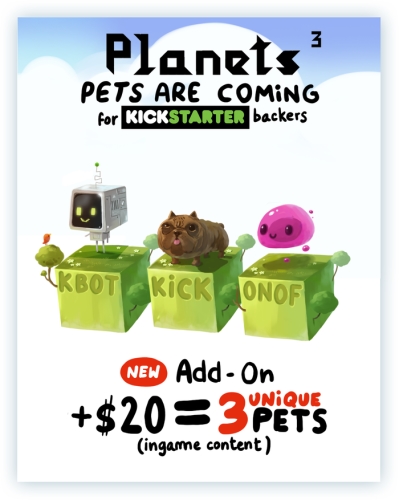 Now that the KickStarter campaign for the RPG game Planets3 has reached 64% of its goal – meaning more than $160, 000! – the French video game studio Cubical Drift has announced that all current backers are being offered the opportunity to get complimentary pets in the game.

By adding $20 to their initial pledge, backers will receive 3 extra pets that will accompany them all throughout their adventure. Each of them has specific attributes: Kbot is a robot able to detect minerals, Kick is a loyal four-legged companion which supports them in combat and last but not least, Onof is a luminescent living gelatine.

Depending on what happens in the game, either Kbot, Kick or Onof will join the players to support them. See more about these goal markers in the handy chart below: 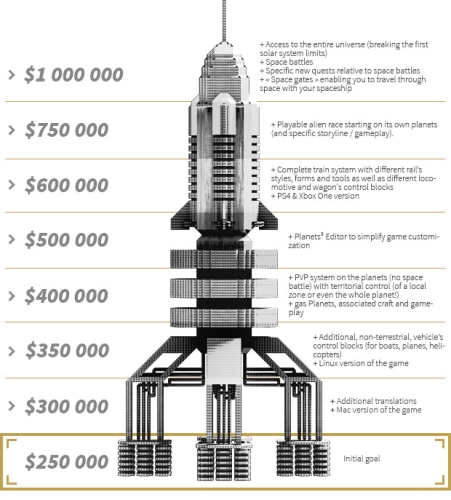