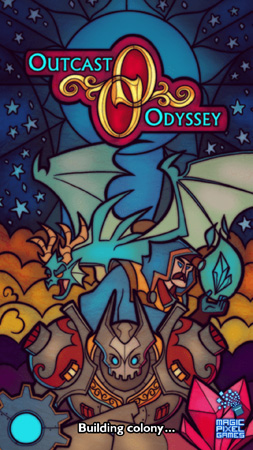 It has been a while since I last played a card game on my mobile phone. When I was given the chance to check out Outcast Odyssey I was rather curious if this was another of the growing trend in TCG clones, or something unique from the sheep pack. Thankfully Hearthstone gave the genre quite the kick in the pants recently so more quality titles have been hitting the genre, giving me hope for a game backed by Bandai Namco. And since Hearthstone hasn’t touched the Android market yet, all the more reason to back Outcast Odyssey as being in the right place, with the right gameplay to dominate my personal mobile device’s market. 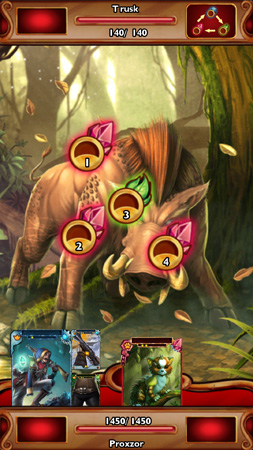 Right off the bat, Outcast Odyssey shows you it means business. Not settling for a shiny skin (aka pretty card art), they revamp the entire way you look at TCG battles with a brand new style of gameplay. The end result being that having great cards is still important, but without the proper player decisions, you won’t be winning battles. Time to break down the details of how this works. 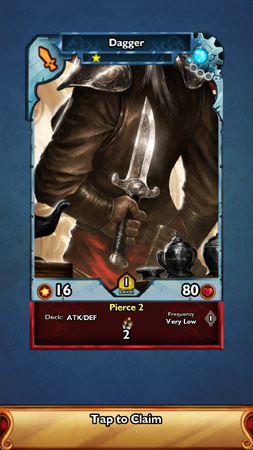 When you are fighting either the computer or another player, you have the choice of where to attack them. Each area might resemble a different element, offering an indicator of strengths and weaknesses. In total there are three elemental realms, and each one of these realms is stronger against one of the other realms, creating a rock, paper, scissors match-up. Tech defeats Nature, Nature defeats Magic, and Magic is obviously strong against Tech. A rather interesting element to implement on a card game, but from what I’ve seen so far it works really well, and forces players to not mindlessly drone through the combat sequences. Each card also has a different class, rarity (generic card strength indicator), stage to show you how many times a card can still evolve, level (individual card strength indicator), attack damage, and health. All this combines to give you some real decisions to mull over when pitted against another thinking opponent across the world. 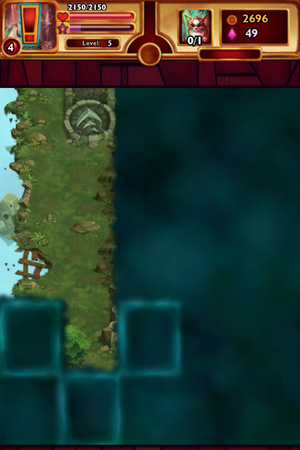 Of course Outcast Odyssey doesn’t just throw you into the thick of it without a proper introduction to these elements. The tutorial comes in the form of a basic campaign. In the campaign you will basically search areas for its objective. At the start you will search for an object, but before you find this object you have to make hidden tiles visible, fight monsters to unlock more tiles, go into caves in hopes of finding bonus chests, and numerous other surprises I won’t spoil that ultimately lead you to unlock the next map or level. In addition to teaching the game mechanics, the campaign is ideal for advancing your levels and building out a more formidable deck of cards. Just expect a bit of a slow trudge as you need to accumulate a lot of cards before you can start building out a tactically sound deck that works well as a unified strategy. Even longer when you consider needing to level and evolve those cards to unleash their full potential.

Now for the combat. Simply put, it will feel unusual even for veteran card masters. If you are fighting someone, you will view different areas that you can attack a their card, and sometimes each point of attack is shaped like the elemental realms. Players will need to summon accordingly and hit an enemy in multiple ways to discover their weak point. If you get lucky and choose your method of attack well, you can unlock bonus combo opportunities to vastly weaken or destroy an opponent. 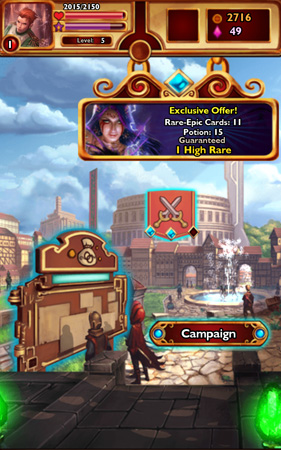 Each interaction you encounter, will eventually take some of your health points away. That includes fighting opponents as well as searching chests. Basically health is your limiting energy factor that mobile games are so found of. As such it shouldn’t be a surprise that cash shop Gems are available to purchase health potions to speed up your journey. Card pack bundles are also there as a secondary chance to monetize off the gameplay. The bright side is that doesn’t mean these elements are exclusive to paying players, as there are a few ways you can earn gems in-game, allowing even free players to save up for new grand packs. You can even buy temporary store deals that could give a bargain for your money. 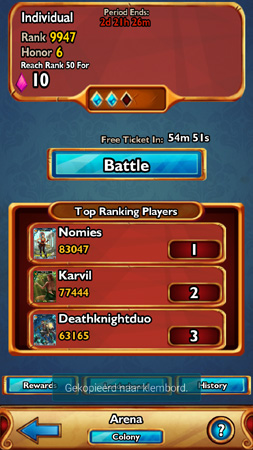 Outcast Odyssey isn’t a big game, but the tiny size hides a massive amount of fun within. Right now besides the campaign and arena there isn’t a lot of things you can do. The campaign gets old after a while, unless you have a bit of a gambling addiction and have to know what hides behind each hidden square. Either way it provides the needed element of progression and card acquisition leading to the real meat of the game. Once your deck has some firepower, you can start holding your own in arena to climb the ranks, and then addiction sets in. The refreshing gameplay and active decision making easily puts it head and shoulders above most of the mobile marketplace. I see myself playing Outcast Odyssey while on the go for many months to come.