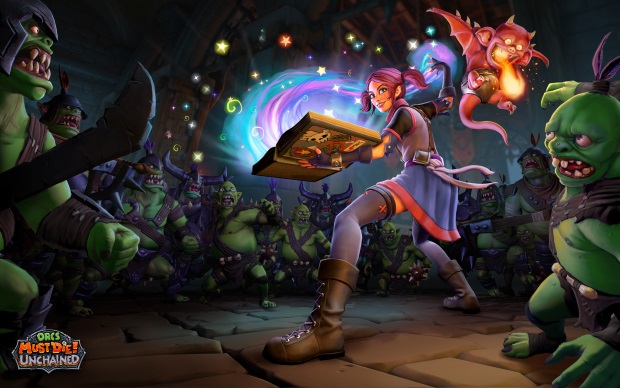 A new Hero has entered the arena following today’s update to the ORCS MUST DIE! UNCHAINED™ closed beta. Meet the Apprentice. Fans may have heard whispers of this unpredictable firecracker, and now she’s ready to make her debut. The spunky adolescent – known for accidentally blowing up turkeys – is the War Mage’s first (and probably last) protégé. Though bursting with elemental power, the Apprentice finds herself lacking in focus and control, including which magical element she uses, which is both awesome and terrifying. Like her mistress, her loyal familiar, Feebee is also a creature of chaos. This shape-shifting firebat will change elements to match the magical mood of the Apprentice.