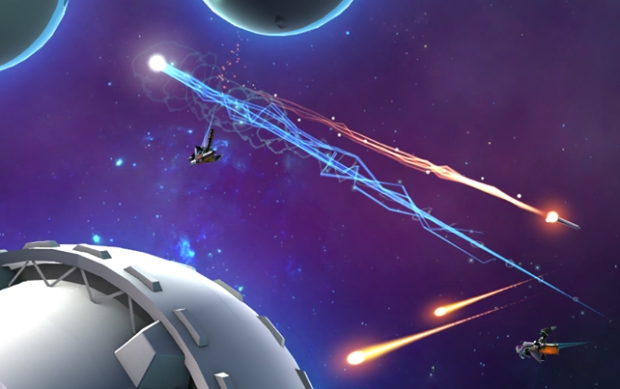 Night Node have submitted Orbital Gear to Steam Greenlight with hope that it will be available through Steam. You can find the page here. Orbital Gear has recently gone from the alpha stage of development and will have a beta version available in the near future.

Orbital Gear has two game modes: classic deathmatch with free-for-all fighting, and Orbital Warfare where the goal is to destroy the opponent’s base. Opponents are defeated either by the enemy base is destroyed by direct firepower or through the collection of Energy Cores from fallen opponents used to charge a super weapon that destroys the opponent’s base.