Opinion: The Blue Essence Debacle of League of Legends 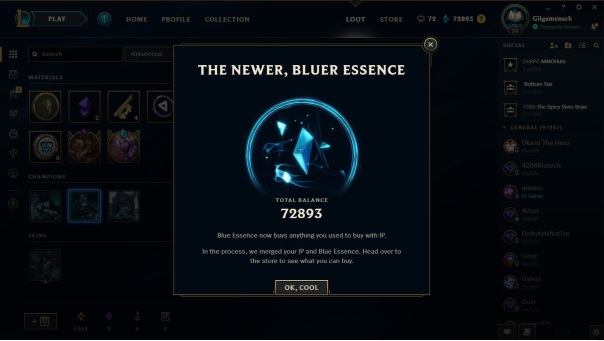 To prepare for the next season of League of Legends, Riot has shaken the field up a bit with a whole host of new designs. From the Rune System that I’m personally not all that keen on (the old one was a grindy dumpster fire too though) to some balance changes, the biggest one in my estimation, the most hurtful one, was combining the IP (Influence Points) with BE (Blue Essence) into one currency (BE). The way it used to work, was that you would receive IP each time you won a match. You could use it to buy champs, rune pages, runes, and a few other things. Not the greatest system, but you knew after every match you’d get points. It made grinding champs time consuming, but definitely feasible. You didn’t have to do daily missions or anything, you just … enjoyed the game. Even if you lost, you still gained IP. It wasn’t quite as much, but even on a crushing loss, you still came out with something. I suppose people were simply using IP too much to buy champions, because this system, in my estimation, feels like Riot’s trying to funnel people down the path of using RP to buy champs in addition to skins. 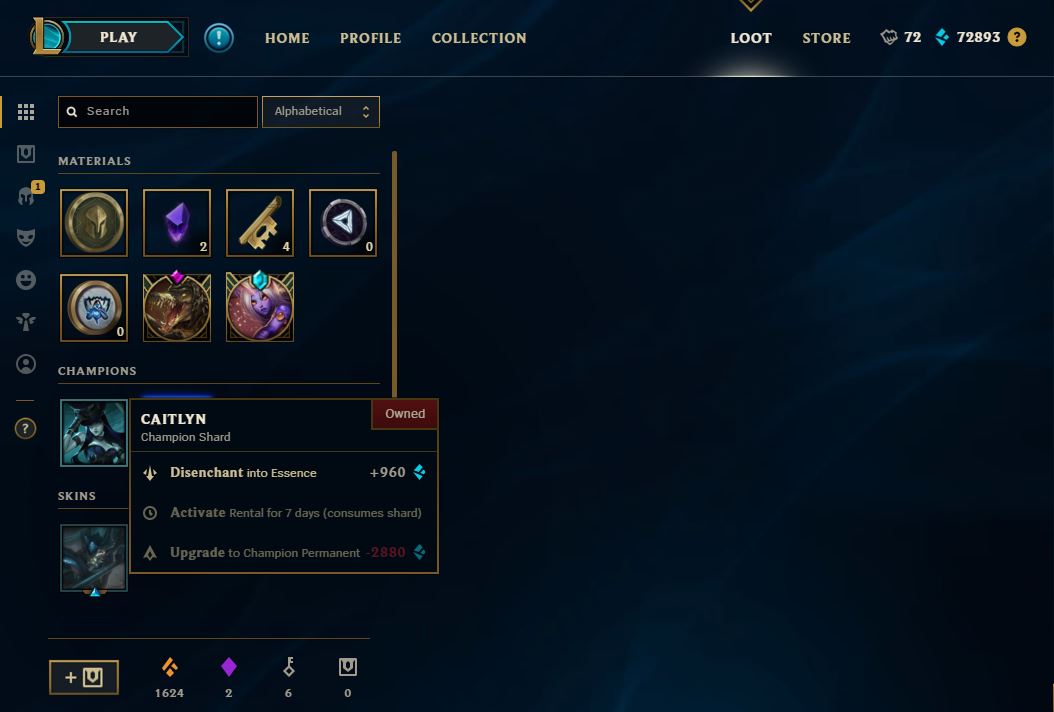 But hey! You can disenchant shards for BE! That's good, right? Right?

Of course, we can point to “they’re a business” as an argument, and that’s true. Before this change, people probably seldom bought champs with RP and instead only used that for skins, which is fine. There is always a new skin that’s expensive and pretty to look at. I mean Hell, I’ve literally spent two grand easy on my account, between me and gifting skins to friends. Of course they can make a living, that’s important to keep the game running. But now, how do you gain Blue Essence? From leveling up. Because they removed the level cap. Now each time you level, you get a Capsule/Chest, and it comes with a few shards of champs, maybe some Blue Essence. If you already own these champs (and you probably will, unless you have a low-level account), you can disenchant them for Blue Essence. The numbers seem to fluctuate pretty wildly from champ to champ. Am I willing to start a new account, just to see how it works for a beginner? Of course, and that’s on the menu for a future piece fairly soon.

It just seems like a really silly decision. The way it appears to me, is that it is throttling and slowing players ability to acquire stuff like champions naturally, and until now we had the ability to re-roll champ shards into something new, for a shot at something we didn’t have. Hell, you were able to buy random champ items in the shop, but that seems to be gone (or at least, I can’t find them). That makes sense though since you’d spend Blue Essence on them to get a random Champion Shard…to disenchant for Blue Essence. Now it’s incredibly random, and unless you play ten matches or so to level up, you aren’t getting Blue Essence (and even then, I’ve seen chests that are just shards). The opinions on this system vary as wildly as the amounts of Blue Essence you get for a Champ Shard. From “It will help all the players to get better , actually it is better , because you will play the game until u reach what u want . In case now you have more than one goal . Accept it” to “It’s all Tencent’s fault” down to “This is an absolute nightmare”. The way I look at it, is now you have to play way more. Some people have said you need roughly one First Win of the Day and then another 10-15 matches in order to get a level and thus, a chest. 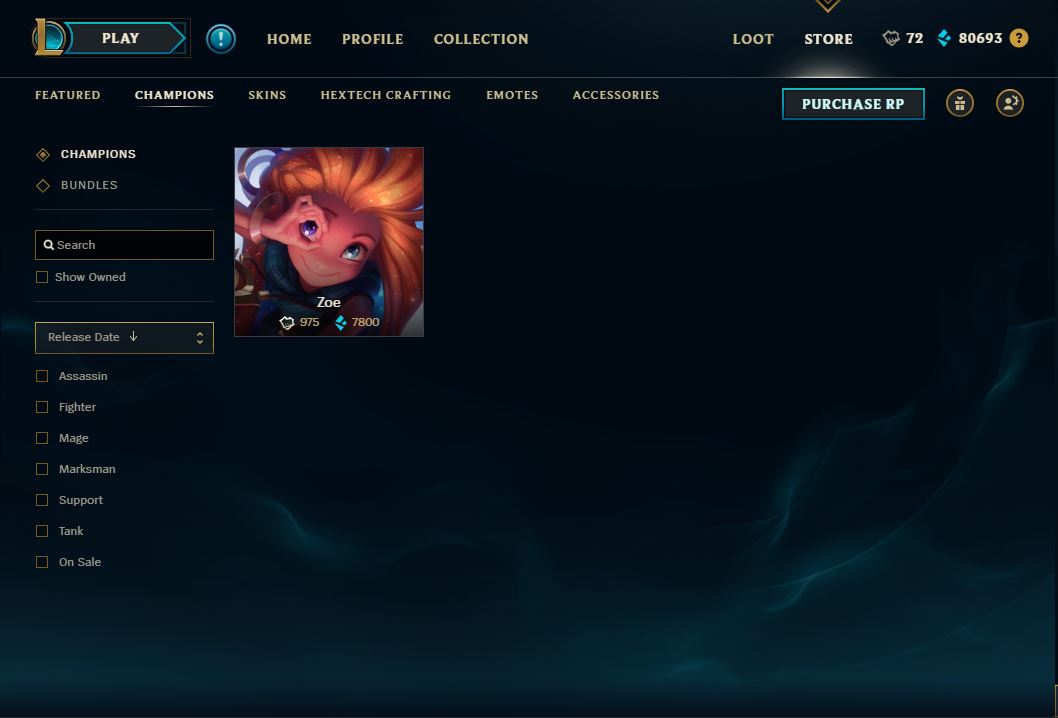 I know lots of 30s that don't have everyone. Sorry, friends.

But what about people that don’t have that kind of time? I know people that just want to play a few casuals/ranked matches a day then move on to other things. Forcing people to grind harder than ever, or spend money, seems a bit wrong to me.  The vast majority of people I’ve spoken to just want BE for winning their matches. Not a bunch, but some. In my personal opinion, if they had gotten on-board with a Champion Pack like other companies have they would have people buying those for their main/smurf accounts all the time. If anything, I might have time for one game of League a day, two if I’m lucky. If I didn’t already have a stock of Blue Essence, I’d be furious. Instead, I just wind up disappointed. I feel like new accounts/low-level accounts since they get a lot out of it. But those people who are level 30 and don’t have every champ? I cannot help but feel like it’s a horrific grind. Though I do like that it puts a fresh account on the same footing, champ-wise/rune-wise as a level 30+ account. So, it’s not all negatives. Hey, I found something positive! It’s not the worst system, but it definitely could use some improvements for people who are already level 30 and want to get champs with Blue Essence.