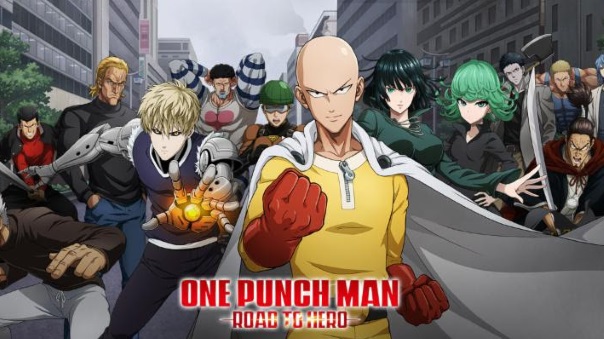 Oasis Games revealed they have the first officially licensed One-Punch Man game coming to the West, on iOS and Android. One Punch Man: Road to Hero will follow the original series plot, and will include every character, from Saitama to the Deep Sea King. They will also be voiced by the original anime actors as well. Players will collect and train characters, and experience the heroes from the series – alongside additional content from the second season, scheduled after the second season launch. The Pre-Registration begins today, which can be done in the link below, to be notified when the game goes live (as well as receive an in-game gift).

“One Punch Man: Road to Hero puts the One-Punch Man story and characters into the hands of mobile gamers so they can chart their own path to the top,” said Jinyang Xu, Producer of One Punch Man: Road to Hero at Oasis Games. “We are focusing on making all aspects of the game authentic, allowing players to extend the world of the anime series into an interactive playground where they can battle, train and collect all their favorite heroes.”

One Punch Man: Road to Hero will also have a variety of battle modes, including PVP, and the strength and balance of cards will be done as the game goes on, to give an authentic One-Punch Man experience for fans both new and old. No one card can determine a battle’s outcome, and only by matching different card strengths can a powerful team be truly made. The game will also have a built-in video record function, so players can save their battles and share them with their friends.