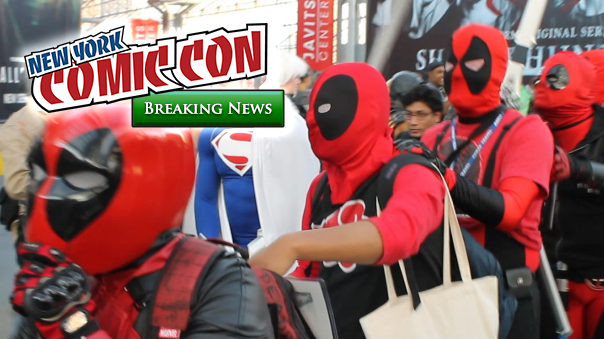 So as per usual, each year at NYCC I like to focus my time and attention towards seeking out the latest and greatest games that have yet to be released out to the masses. With gaming being less of a focus from last year, I didn’t expect much from this year’s NYCC but was still determined to find anything that might stand out from the crowd to write home about… because I know that is what all of you wonderful readers out there are here for…

…nah, who am I kidding… What you readers are REALLY here for is all the crazy and dumb cosplay photos like this one, right? 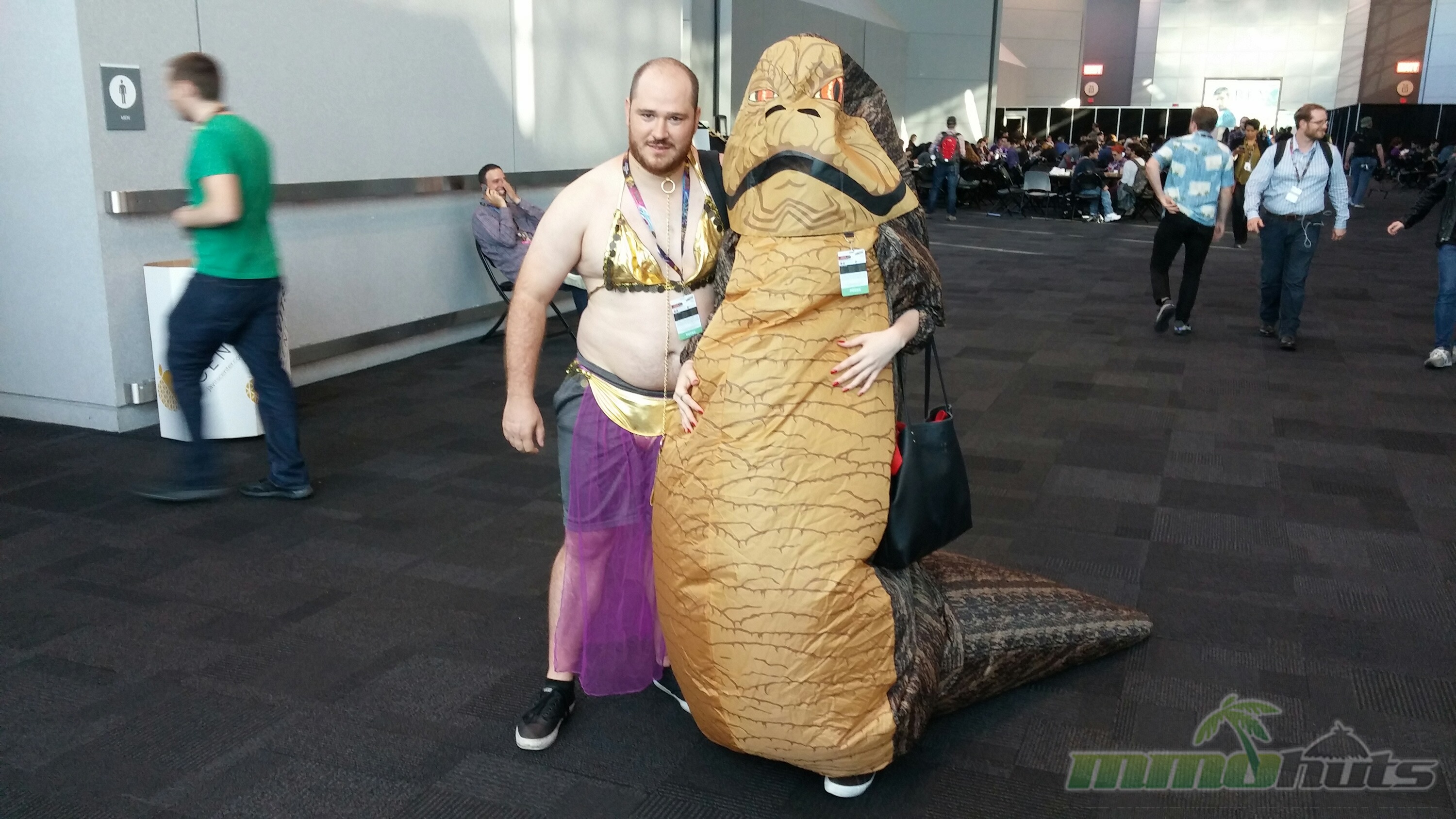 Well don’t worry, because I have plenty of cool and silly cosplay pictures to share with you this year.

The second floor of the convention had its usual suspects showcasing their games. Bandai Namco and Capcom were both present with their latest and greatest titles. Even Konami, who I’m surprised are still shameless enough to present themselves as a gaming company considering how much the gaming world at large hates their guts, was showcasing their mobile game app for Yu-gi-oh.

But between both companies, I felt like some of their games didn’t really need to be showcased. There was no real need for to show off Street Fighter 5 when the game has been out for months, and the games that Bandai Namco had were either DLC expansions such as Naruto Shippuden Ultimate Ninja Storm 4: Road to Boruto, or sequels that seemed so underwhelming that they might as well be packaged as DLC expansions instead, like Dragonball Xenoverse 2.

One game that didn’t seem underwhelming, however, was the preview for Resident Evil 7, the re-imagined horror title that is seemingly aimed towards gamers that enjoy those spooky walking simulators like Outlast or the PT Silent Hills demo. While it does sound like I’m being a bit harsh for calling the new RE game a walking sim, I’m honestly not surprised that Capcom decided to go with a first person perspective for RE 7. After everything they’ve achieved with the series from RE4 up until now, I couldn’t imagine them bringing anything new to the table while holding onto the “Stop & Pop” shooting mechanics that RE4 popularized. Continuing down this road would undoubtedly result in an action shooter franchise rather than the survival horror it was always meant to be. Personally, while diehard fans may be turned off by it, I think this is a good direction for the series if they truly want horror to be the main focus again.

Plus, the game was going to be playable using the upcoming Playstation VR headset, and anything that involved VR really intrigues me. I wanted to head on line and see if I could give it a try, but I quickly realized that I was out of luck, as the staff at the booth were only allowing people with tickets to try the game out. With only a limited number of tickets handed out each morning, the demo was off the table. With Saturday morning incoming, I had considerable doubt I would get a ticket after all. 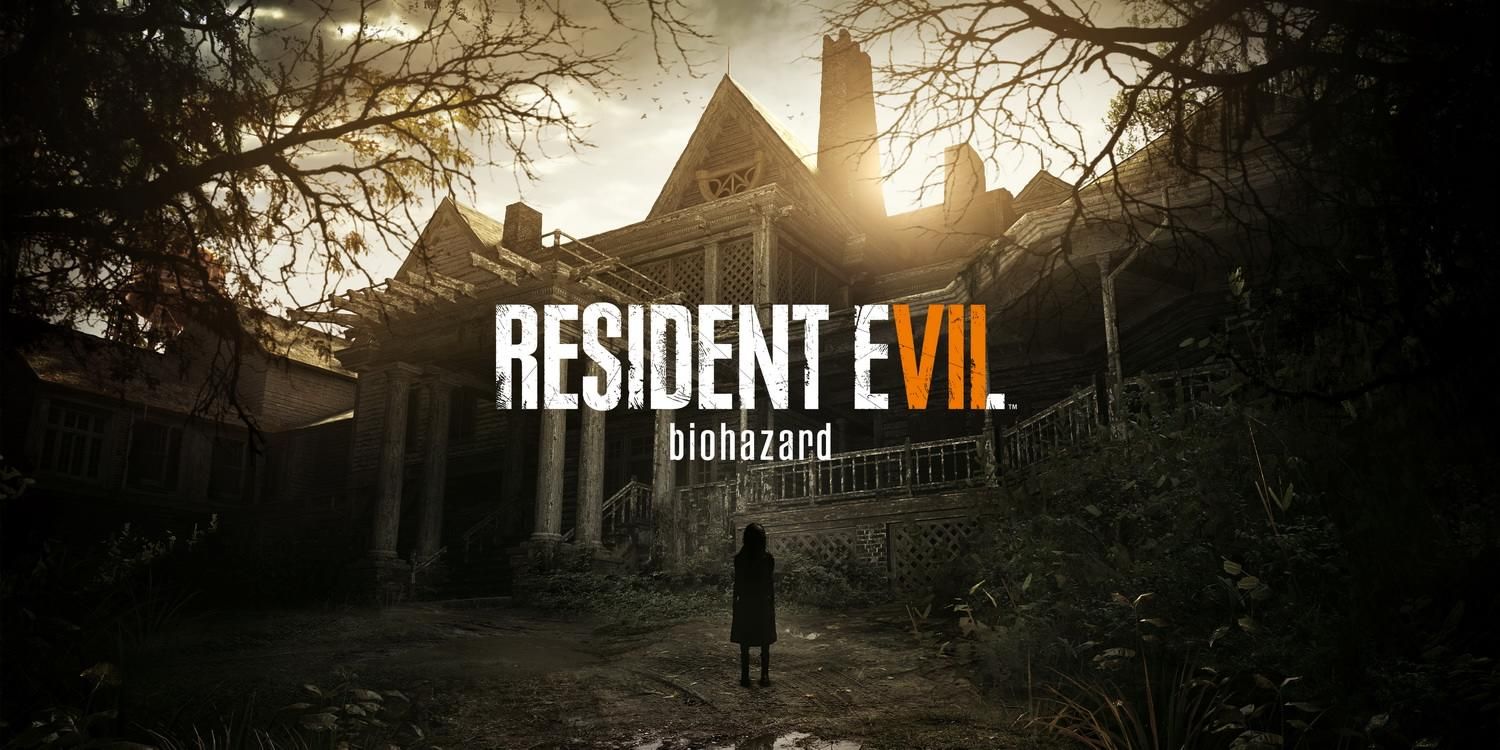 While searching around for some other games of interest, I discovered the Rooster Teeth both where they were showcasing their two most popular shows: Red vs. Blue and RWBY, along with the RWBY action game that was recently released on Steam. While I’m not much of a fan of the RWBY series, I was pretty fond of the characters and their combat styling, and the lines to try out the game were incredibly short, so I figured it was worth a try. 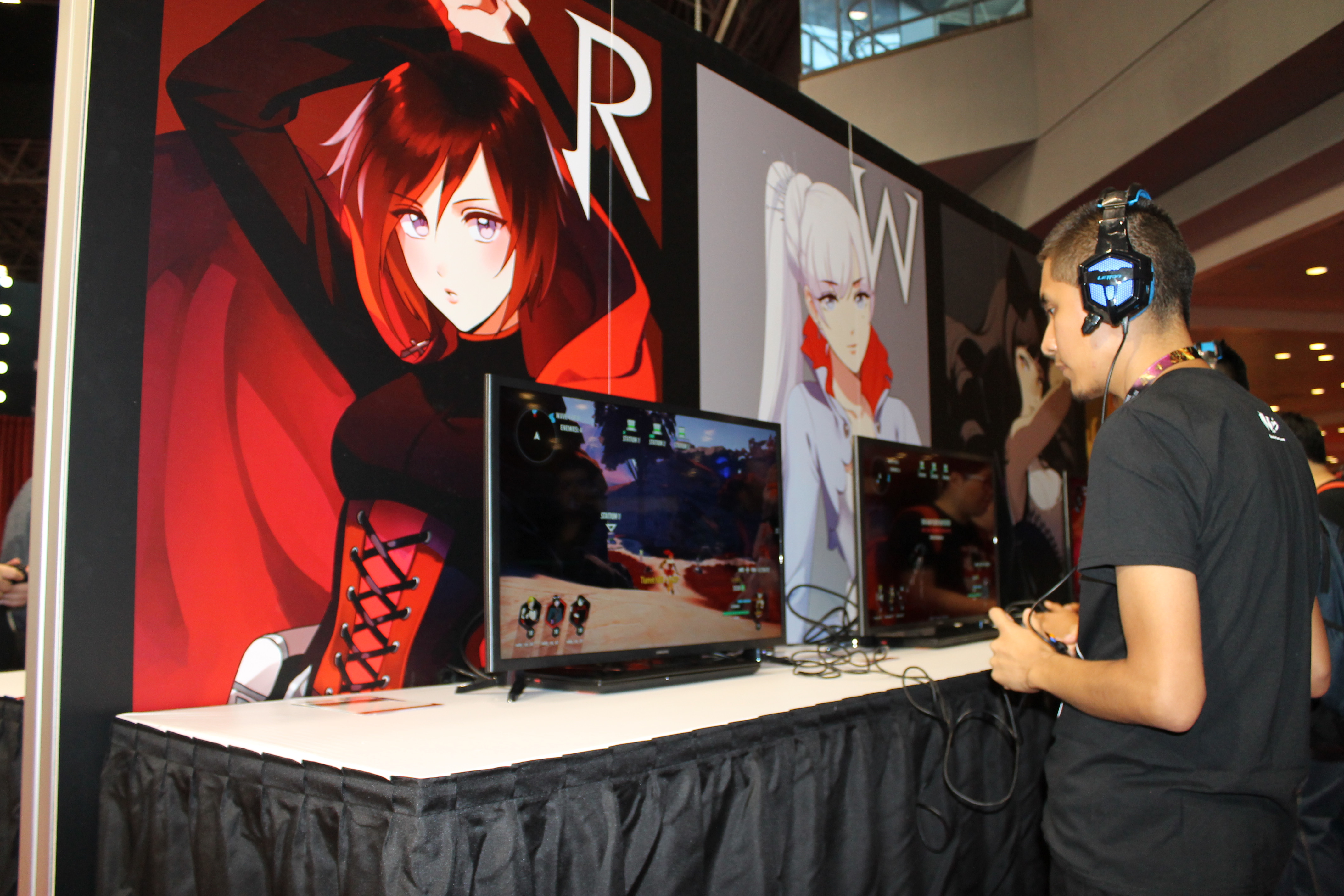 The demo showcased at NYCC was a multiplayer co-op mission where players have to defend one or more beacons from waves of enemies. Basically a horde mode that you would find in modern FPS/TPS titles, really. With only four players, multiple beacons and tons of enemy waves, I knew that playing through with random convention goers was going to be a hilarious riot of miscommunication and lack of teamwork, but I was more than ready. After picking one of the main or side characters from the series (I went with Yang myself), we were instantly dropped into the game to be flooded by enemies. Quickly learning how the combat worked, I was able to perform various combo attacks simply by mashing the light attack button or by tapping light attack and ending it with the heavy attack button to add some variation for particularly powerful foes. While it certainly wasn’t on the same level as devil may cry or even dynasty warriors, the combat felt decent enough since every combo attack had a purpose or utility about it. 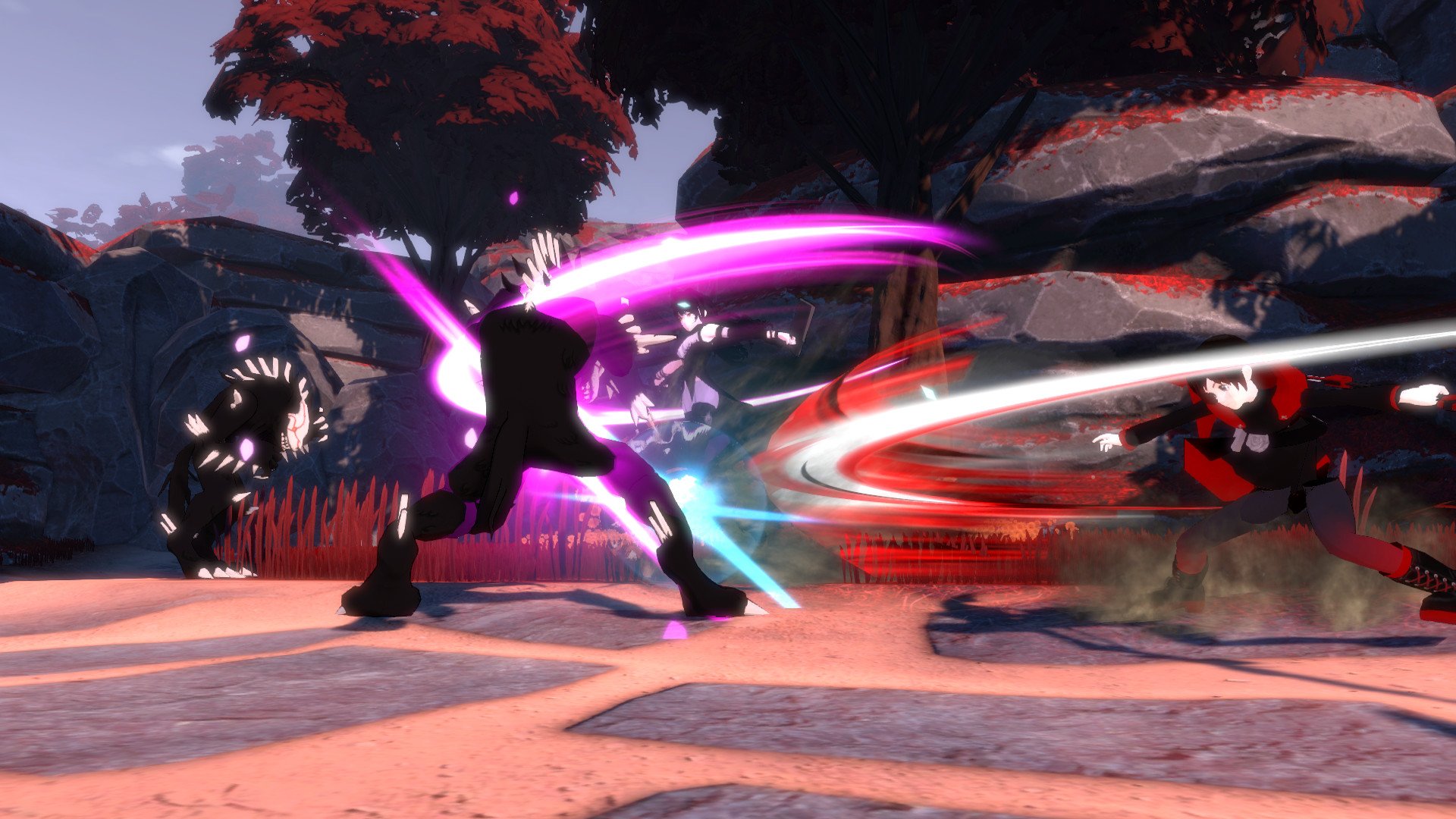 Still, while I was kicking as much ass as possible, there was still an objective to protect and my team was running around like chickens with their heads cut off. Even though we managed to survive some waves, players on my team were yelling at each other to protect their beacons and revive teammates when they got knocked down. Needless to say, we lost, but it was amusing to see the twelve year old kids next to me saying how much of a better job they could have done.

With enough time spent, it was time for me to head off-site to attend a preview event from Bioware as they talk about their newest expansion for Star Wars: The Older Republic known as “Knights of the Eternal Throne.” KotET continues the epic story that was set forth by its previous chapter, Knights of the Fallen Empire. While players get to experience a handcrafted story with impressive dialog that fans of Bioware have known for years, they also plan to include new game modes such as Uprising mode or replay story missions on various difficulty levels. While I wish that I had the permission to take some early shots of the game with the few booths they had set up at the event, the did release a new trailer to the public, and it was an incredible roller coaster of action and emotion.

I was, however, given the opportunity to talk with producer Ben Irving and creative director Charlies Boyd about the new expansion and their favorite aspects within the upcoming release. Expect a small interview video sometime this week with the details. 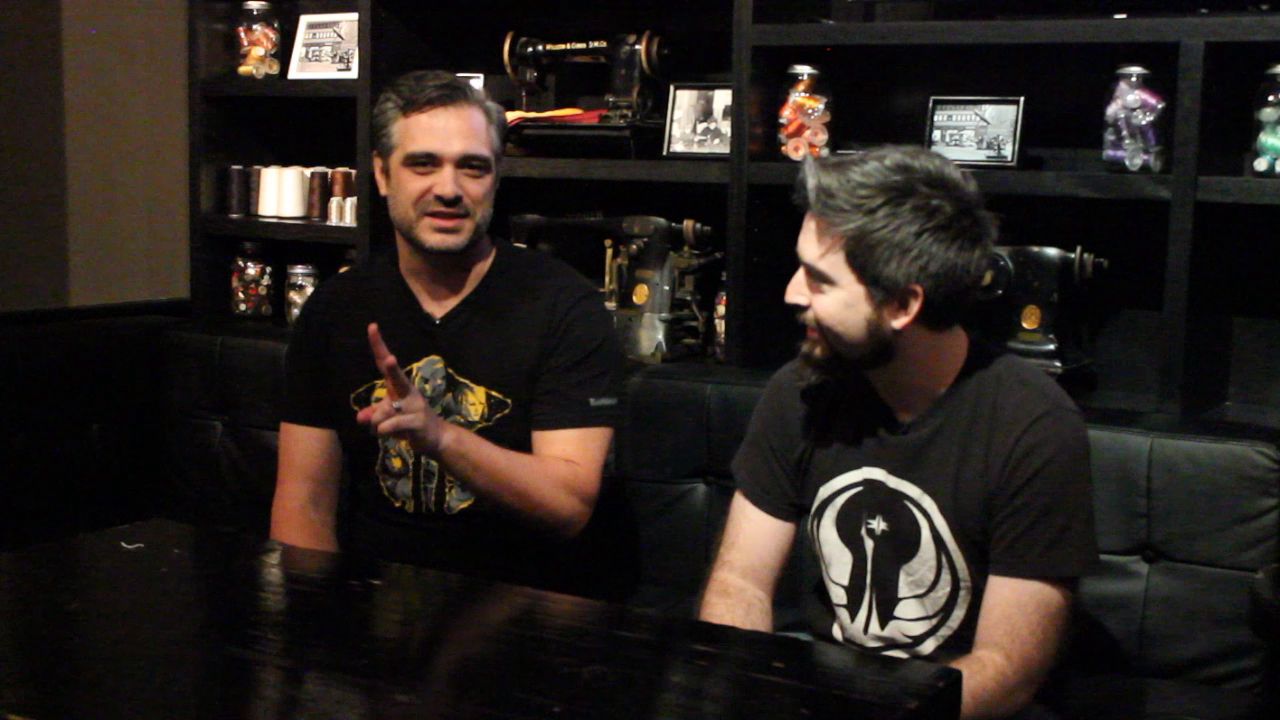 There was very little time available on my hands to check out any of the other panels or booths, so I just filled the rest of my day with cosplay hunting. 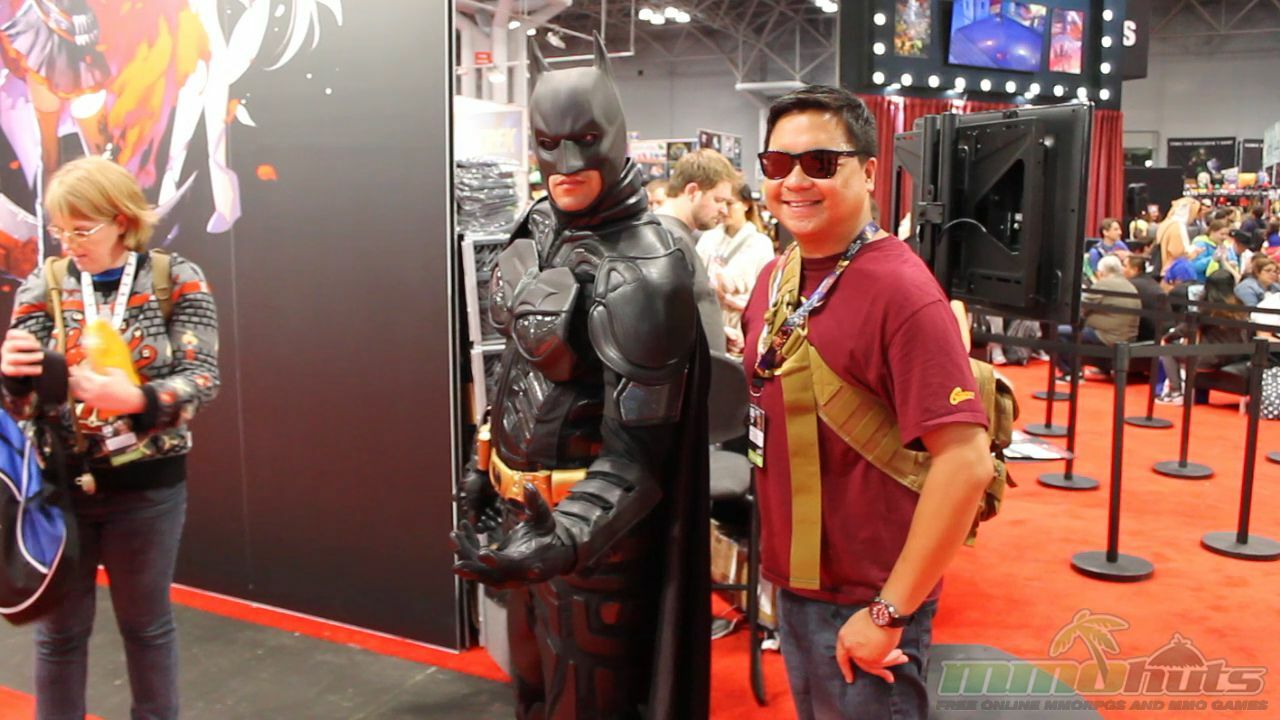 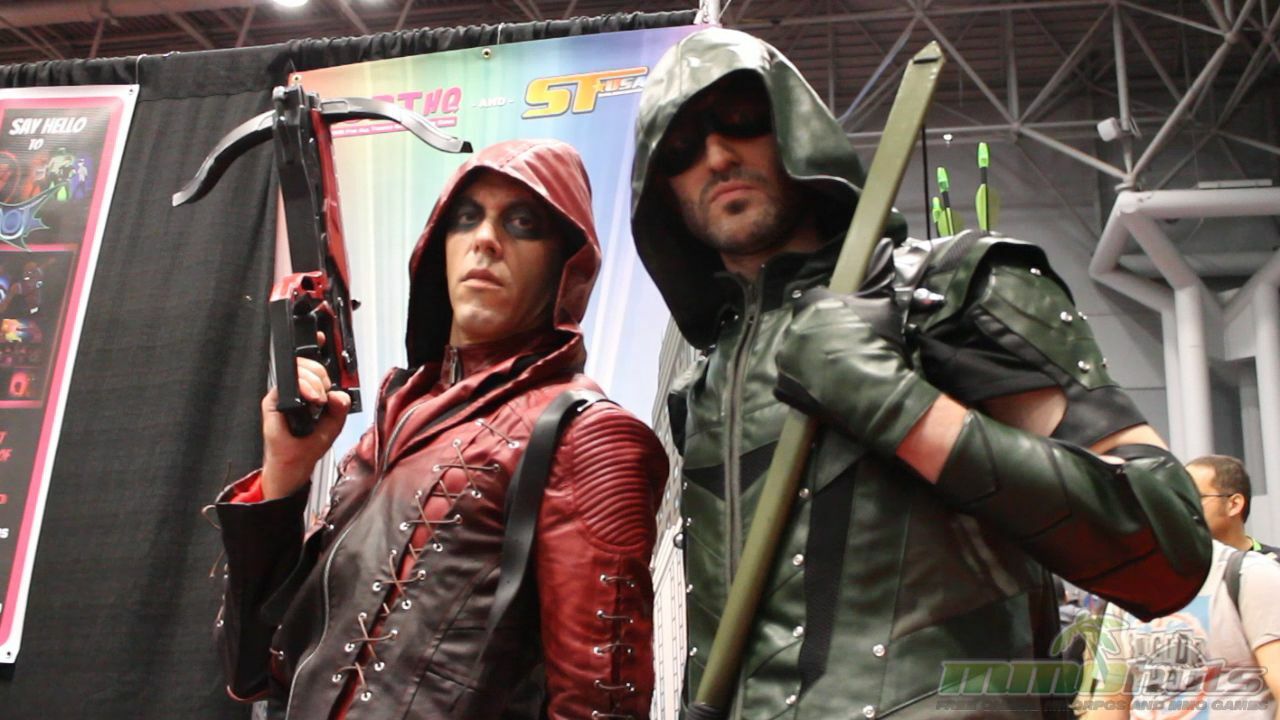 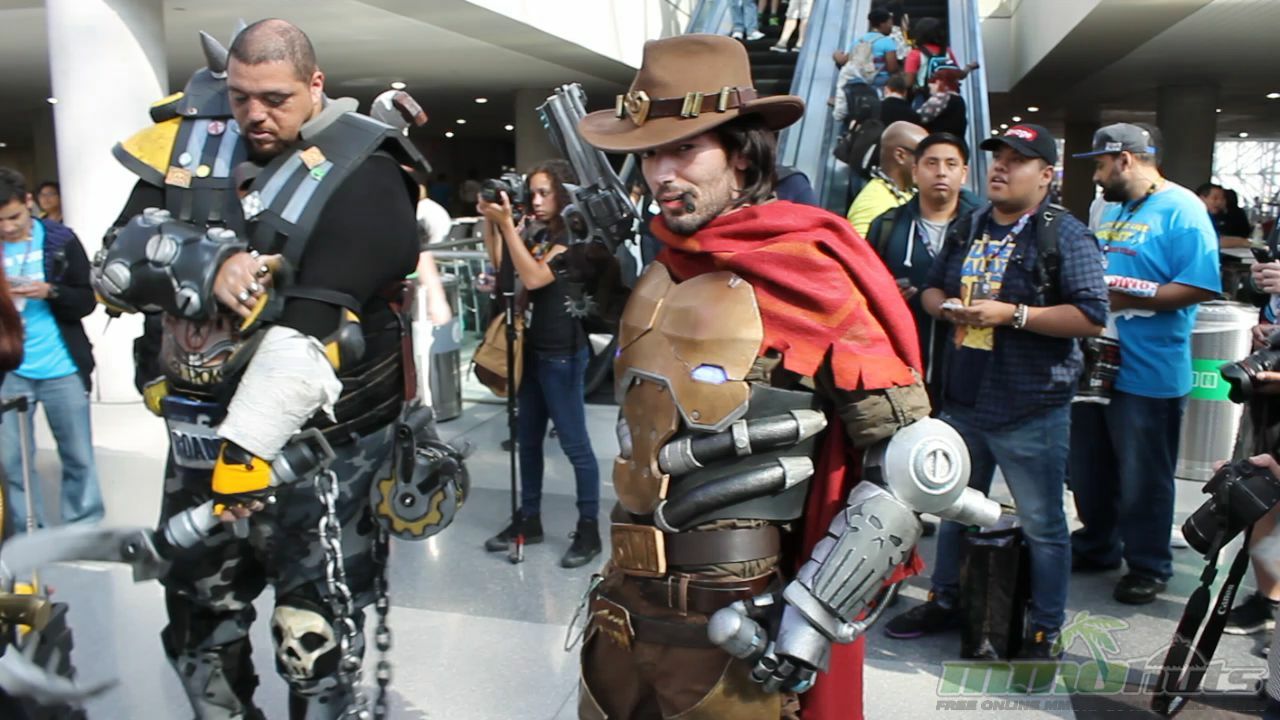 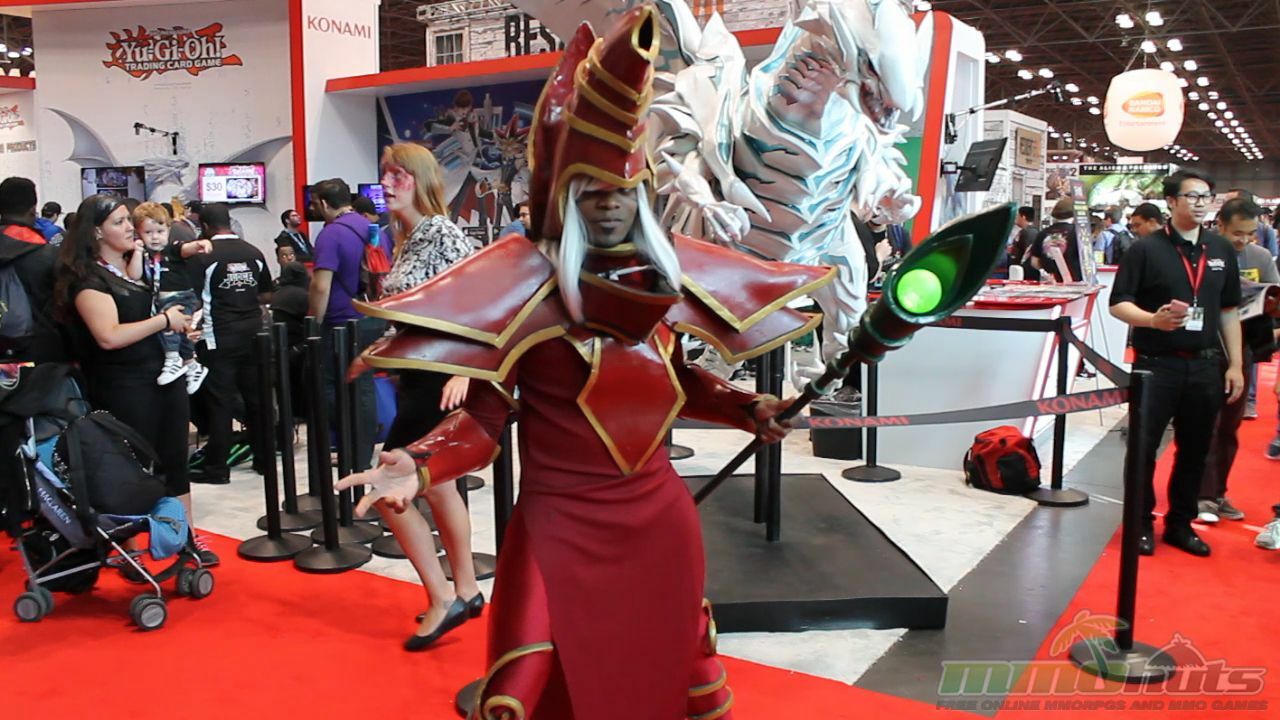 Of course, it wouldn’t be a Comic-Con without a Deadpool cosplayer or two… 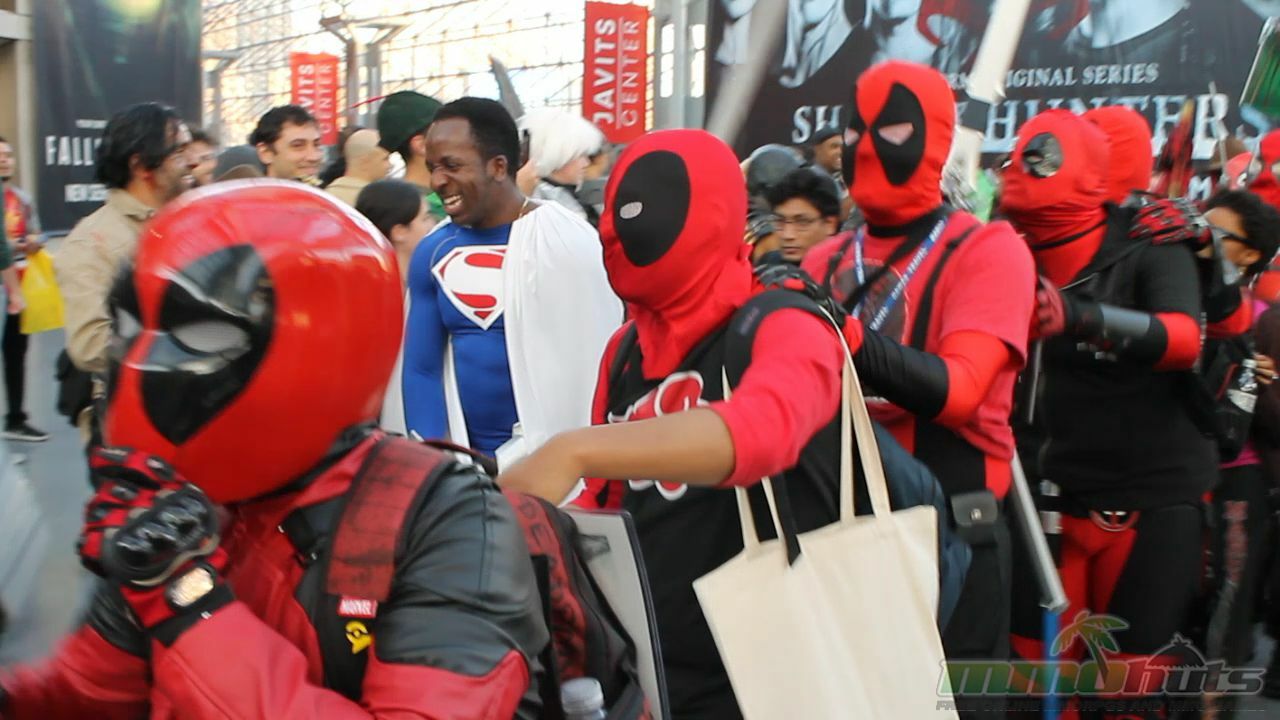 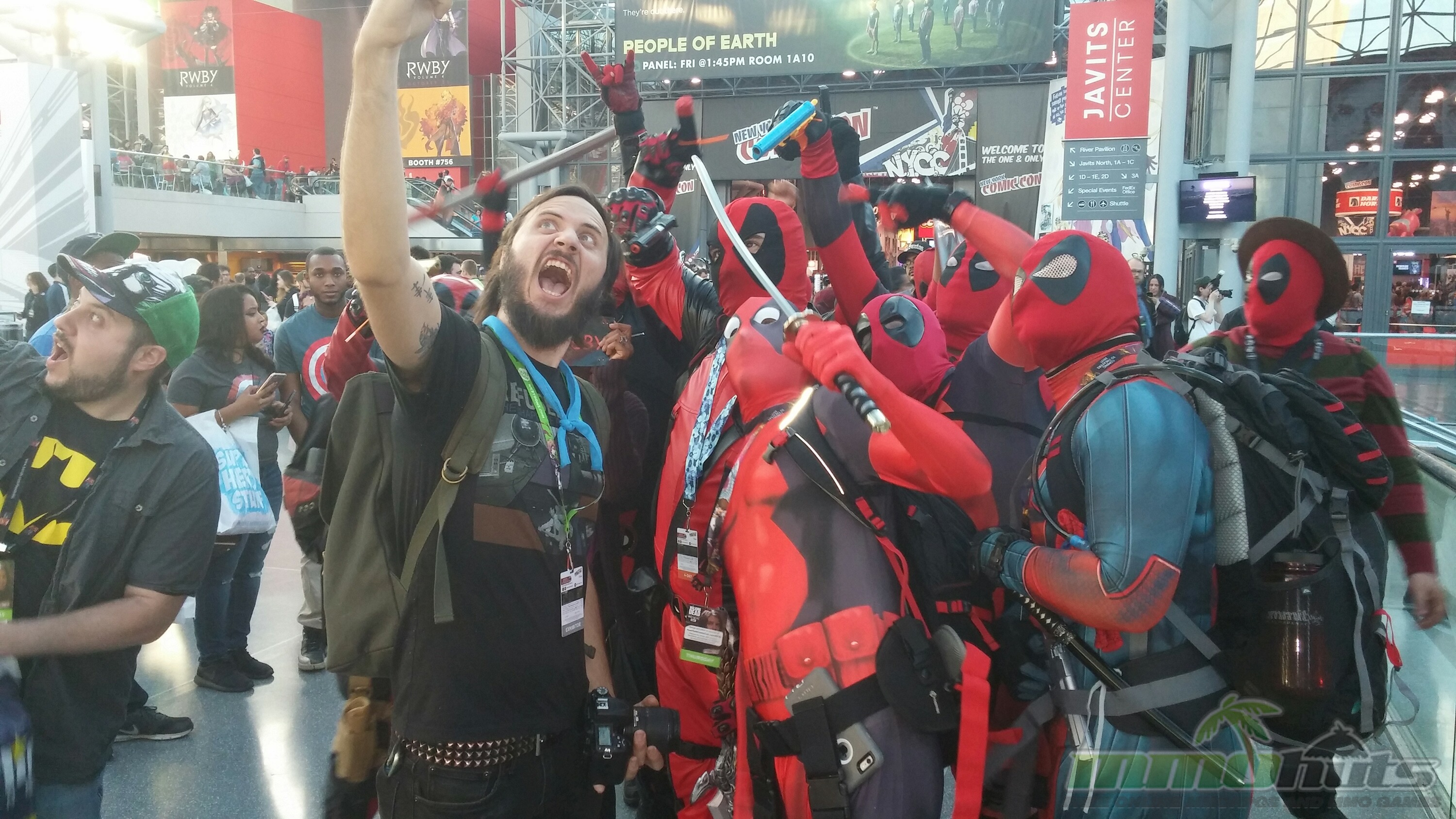 At this point I’m convinced that there’s an unspoken rule that no less than three Deadpools are allowed to be in each room of the convention at any given moment, because I was running into Deadpool cosplayers all day long.

Other than that, there wasn’t much else for me to see or do, but Saturday should prove to be entertaining as I venture into Virtual Reality Lands of all kinds. With the Oculus Rift and HTC Vive being used throughout, I am prepared to work up a sweat. Check back tomorrow for more details.