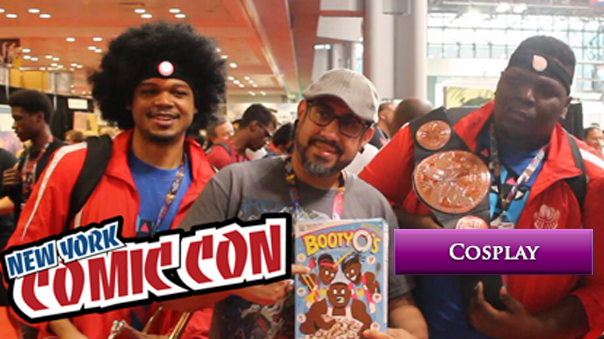 Now it’s time for the best part of going to NYCC: The cosplayers! When it comes to showing off how much people love their favorite comic books, movies, TV shows or video games, the cosplayers of New York never seem to disappoint. This year had a whole bunch of showcases ranging from Marvel and DC comics, popular video games such as Overwatch, and a few others that many would never expect.

And there was so much more, but I couldn’t possibly capture every single cosplayer there, much to my dismay. But hey, that’s what happens when you try to tackle a huge convention by yourself or with a single friend by your side. Overall, this NYCC was a whole lot of fun because the cosplayers this year really stepped their games up. And speaking of games: despite the lack of interesting gaming related panels this year (Was really bumped out that there wasn’t going to be another Warframe panel this year, as well.), the huge focus on VR gaming boothing really helped to make the experience so much better (and they really gave me something neat to talk about.) So with that all said and done, I close out this year’s NYCC with a neat cosplay video showcase which will be available soon, so don’t miss it!