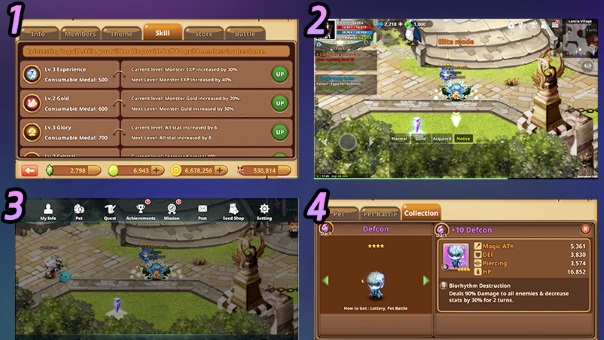 RuleMakr, developer of NTales: Child of Destiny has recently launched their biggest update yet – from guild buffs, UI changes and pet skill info, there’s plenty to see and do in the Kingdom of Lancia. A major change is the addition of Guild Skills. Guild Skills can be acquired and upgraded using Guild Medals for all members. The Battle UI also saw some changes, being adjusted so that more of the screen can be seen in battle, to make gameplay easier. Even the Main Menu was improved, packed into one screen with the other features of the game. Pet Skills were also given better, more specific descriptions (damage skills, buffs and debuffs, et cetera). If this weren’t enough, NTales also opened a host a fun events for everyone to join in on, giving away rare, sought-after items for free.