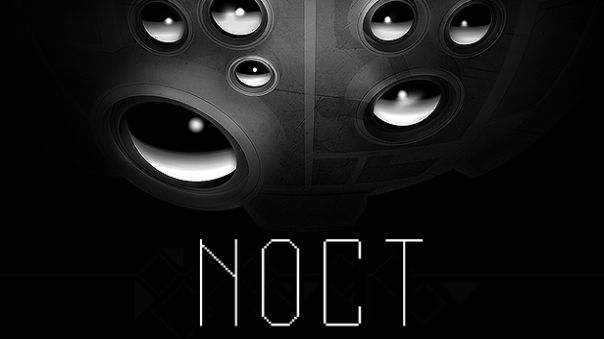 Originally planned as a 1.0 release, Noct has shifted to Steam Early Access after a successful closed beta that included a community-led drive to expand the narrative aspects of the world with new content, secondary missions, and additional play modes requested by the beta testing community. Additionally, Noct will be localized into more languages in territories like Russia, Brazil, and Poland so they, too, can poop their pants in their preferred languages. The final version of Noct is expected to release in January 2016.

“The Noct community has been incredible during our recent beta and fans have been vocal on areas of the narrative they want to see expanded and test features that need to be fully realized for a final release,” said Noct designer Chris Eskins. “Steam Early Access allows us to bring Noct to a larger audience while adding and tuning it a bit more to complete the game alongside the community.”

Noct is a 2D top-down multiplayer survival horror game that blends arcade combat with RPG survival elements. You are a survivor of the apocalyptic purge that formed the desolate wasteland now known as Noct and your experience in this catastrophic new world is viewed through a thermal image satellite system high above the Earth. Players will be tasked with exploring a hostile wasteland alone or with other survivors they run into online to uncover the mysterious downfall of their world or clash with one another over food, ammunition, and safety from the unfathomable dangers lurking in the perpetual night. The haunting soundtrack was composed and performed by Nine Inch Nail’s Robin Finck and musician Wordclock and is now available on Steam, iTunes, Spotify and other digital music platforms for $9.99.

Survivors can visit noctgame.com and follow @NoctGame on Twitter for more information and updates on Noct during Early Access. That’s if you aren’t torn to shreds while scavenging for water, which is probably already the case.