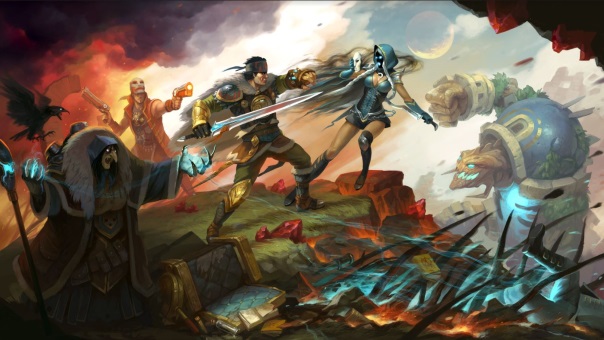 Prime Arena is an upcoming MOBA on the way to Steam’s Early Access system. It’s part MOBA and part Survival game, inspired partly by PUBG. The main goal is to be the last hero standing on a map that constantly shrinks and decreases in size. Matches promise to be highly competitive, without the forced socialization that is common in the MOBA genre. It’s an interesting idea to see that once you’ve died in a MOBA you can move on to another match and not be held hostage by players who are toxic or unhappy for one reason or another.

“Toxic atmosphere is the main problem of MOBA games. Players start to argue with each other at the very loading screen. Tightening of rules and/or evolving of report systems
doesn’t help much — the genre itself is too aggressive!” — says Alexander Myasischev, head of development team. — “We solved this problem in Prime Arena by abandoning
players` forced socialization whatsoever. Basically, project is meant for solo carries. They compete in continuous duels and massive battles proving one’s superiority. And if the hero
dies, player can leave at once to dive into a new game.”