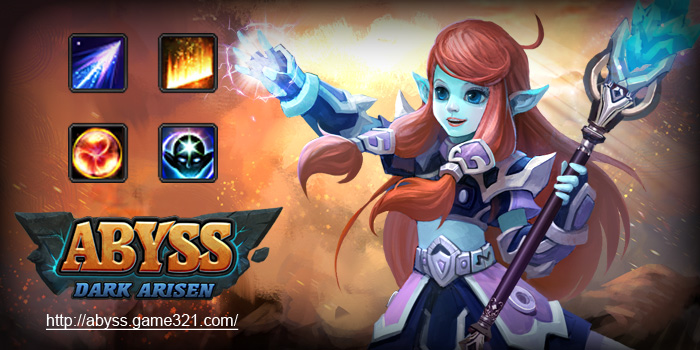 NGames announced last week the Epic RPG Abyss Dark Arisen will be added to their game lineup soon. Today they would like to give players a look into the classes that will be available at launch. Players can choose between the classes of Mage, Warrior, or a Priest.

Mage
The mage is the master of the magic world, possessing magic that deal powerful damage from afar. Being blessed by the goddess, they master the power of the elements. A skilled mage is certainly a nightmare for any class.

Warrior
The warrior is a strength-based class who attack with physical strength. They would rather spend years training their body than learning specious fighting techniques. To extend the limit of their power, they keep at the hardest training every day, and never stop. Their movements are simple, but violent. Depending solely on explosive force, they can launch incredibly powerful attacks.

Priest
The priest is the only class that can quickly heal his allies. On the battlefield, a priest plays multiple roles. He can be a selfless healer who keeps his allies alive or revives friendly dead units. He also provides fantastic buffs for their allies. In the meantime, priests also possess great combat abilities.