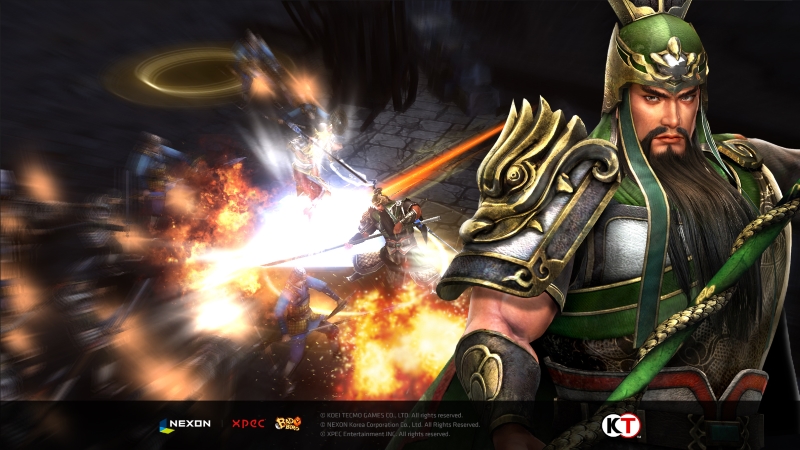 Hardcore RPG players will soon be plunged into the wars for the Three Kingdoms of China as NEXON Korea Co., Ltd. (“Nexon”) (3659.TO), a worldwide leader in free-to-play online and mobile games, brings the tactical, action role-playing game (RPG) Project Dynasty Warriors (working title) to Android and iOS in late 2016. The new hack n’ slash game is based on the wildly popular Dynasty Warriors franchise from Koei Tecmo, and developed by Taipei-based games developer XPEC Entertainment Inc.

Project Dynasty Warriors is based on the eighth official installment of the series, Dynasty Warriors 8, the RPG draws from the Chinese writer Luo Guanzhong’s historical novel Romance of the Three Kingdoms. Players will engage in the faction-based storyline and battle waves of warriors bent on crushing the enemies of their lords. Project Dynasty Warriors will feature an enhanced collection element and a host of unique characters to choose from, along with the seamless gameplay mechanics and graphics of the console version, for players to dominate the battlefield.

“Dynasty Warriors is a beloved and fan-favorite franchise that has endured for nearly two decades and gives Nexon Korea another AAA title for audiences around the world to enjoy,” said Jiwon Park, Chief Executive Officer of Nexon Korea. “Fully enhanced for mobile while retaining the feel of the console versions, Project Dynasty Warriors will immerse hardcore gamers and deliver everything that made the Dynasty Warriors series a beloved global masterpiece.”