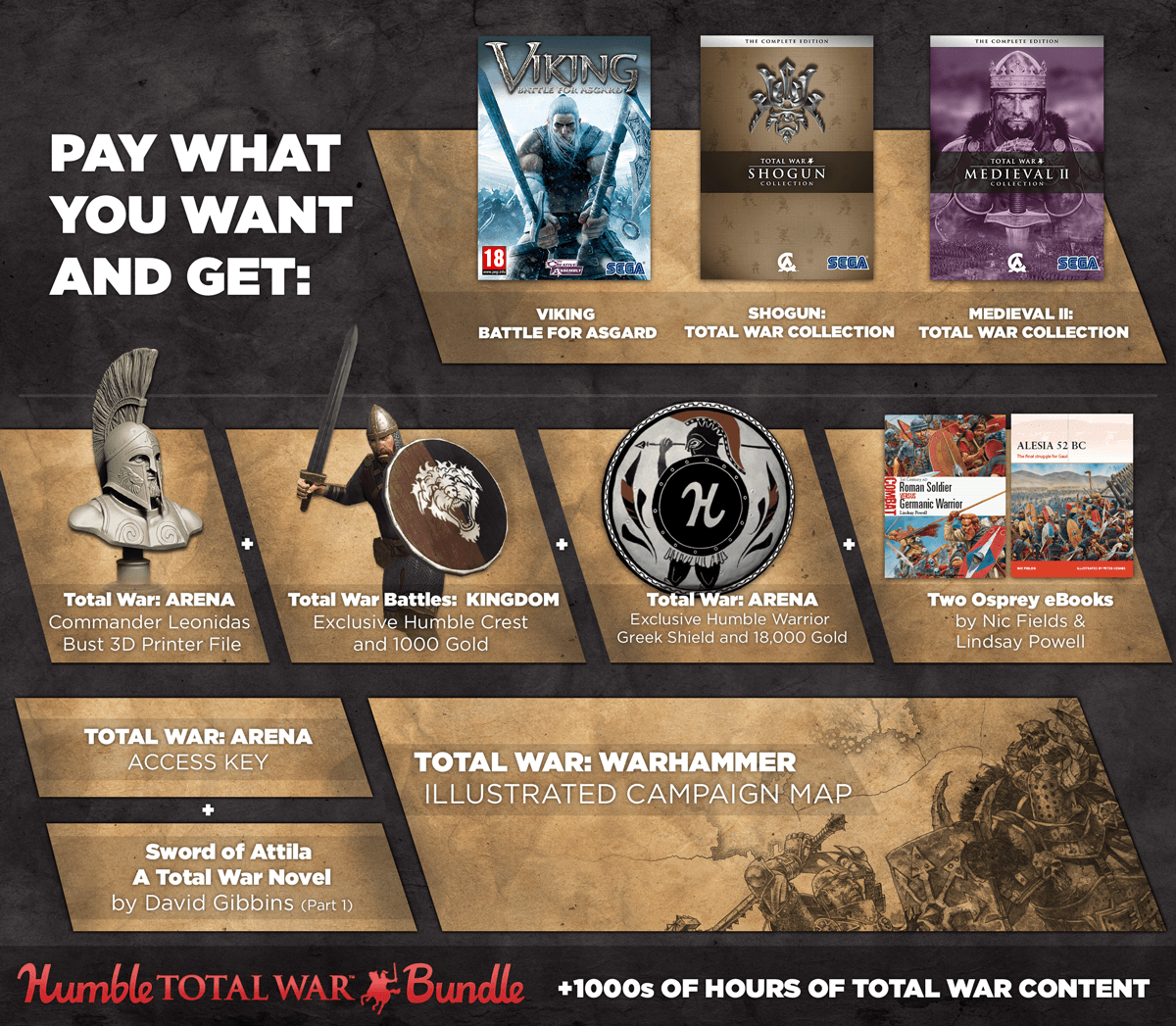 Pay what you want, for all that.

Customers who pay $30.00 or more will receive all those items as well as a limited edition Total War T-Shirt.

Check out the full promotion at https://www.humblebundle.com/.

As with all Humble Bundles, customers can choose how their purchase dollars are allocated, between the developers, Humble Bundle and charity. This Bundle supports Willow Foundation, SpecialEffect, Royal Surrey Hospital, Walking with the Wounded (UK) and Boon Lotts Elephant Sanctuary (BLES).