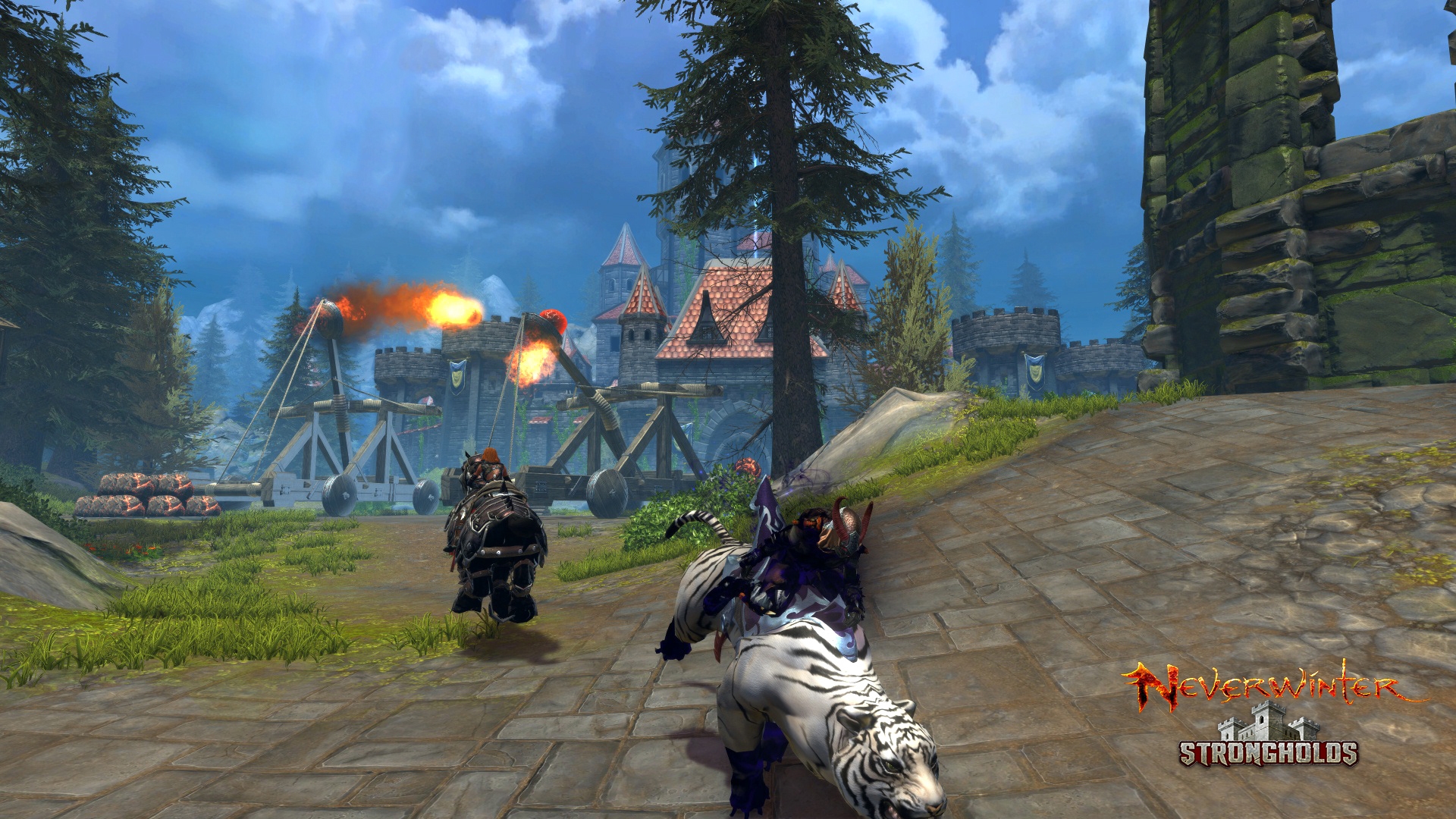 Today, Perfect World Entertainment Inc., a leading publisher of free-to-play MMORPGs, and Cryptic Studios announced Neverwinter: Strongholds – the seventh expansion for the action MMORPG set in the Dungeons & Dragons’ Forgotten Realms universe from Wizards of the Coast – is now available on PC. In the newest expansion, players join their guild to claim an abandoned keep from the wild and build it back into its former glory on the largest map in Neverwinter.

The launch of Neverwinter: Strongholds builds upon existing guild content with the ability to customize an in-game stronghold based on a guild’s needs and playstyle. The newest expansion also introduces most challenging guild-based battles: Greed of the Dragonflight. The guild, as a group, must defend their lands from four dragons in order to gain access to some of Neverwinter’s most powerful gear. In an additional update coming on Sept. 15, guilds will be able to battle each other in a brand-new, 20-versus-20 PvP mode that tasks groups to siege another guild’s stronghold.

“Since our initial launch, players have been requesting more competitive and cooperative content that brings guilds together,” said Rob Overmeyer, executive producer. “Strongholds is the beginning of Cryptic’s plans to give Neverwinter guilds just that. The expansion is massive, including our largest in-game map ever, and is built with future updates in mind. The release of Neverwinter: Strongholds will reshape both how guilds and competitive multiplayer operate.”

“Building an outpost in the wilderness after clearing out a nest of owlbears is something straight out of my old home campaign,” said Nathan Stewart, Brand Director of D&D at Wizards of the Coast. “Strongholds is adding another great experience for Neverwinter players and I’m excited to see what our fans do with it, especially as guilds prepare for the Underdark later this year.”

Reminiscent of early Dungeons & Dragons gameplay, Neverwinter: Strongholds empowers guilds to reclaim a keep and its surrounding wilderness areas from monsters. As the lands are cleared, guilds will build defenses, both in and around their strongholds. Using structures like archer towers to fend off attackers, and siege structures to increase their ability to wage war, players will have a variety of tools to use against enemy guilds. Once the keep has been secured, guilds will work to solidify their foothold along the ranges of the Sword Coast.