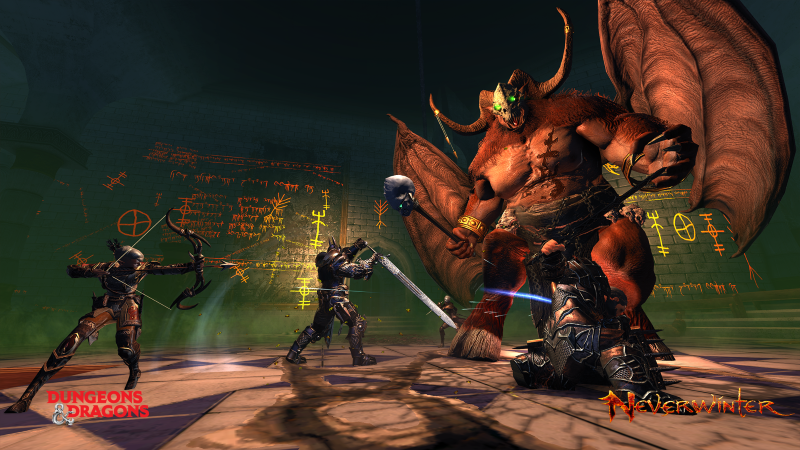 Today, Perfect World Entertainment Inc., a leading publisher of free-to-play MMORPGs, and Cryptic Studios announced that Neverwinter – the Dungeons & Dragons-based, free-to-play MMORPG – is now available for PlayStation®4. Along the Sword Coast of the Forgotten Realms, Neverwinter players will experience a fully realized roleplaying-game based on Wizards of the Coast’s storied franchise with a living world and immersive fantasy storylines.

Neverwinter turns players into adventurers. Create a character with its own rich backstory from eight playable classes and several races. Begin questing through enchanting settings to save the city of Neverwinter and surrounding lands, engaging in fast-paced, action-packed against evil threats including dragons, cultists, demons, and more.

Adventurers will have access to the base game and nine expansions of content including the latest, The Maze Engine, allowing players to experience the latest Dungeons & Dragons adventures with their friends. PlayStation®4 adventurers can download all of this content for free starting today without a PlayStation®Plus subscription. More details and features can be found below.

“Delivering the Neverwinter experience to the PlayStation 4 has been a major goal of ours for the last year, and we’re happy to be able to do so,” said Rob Overmeyer, Neverwinter’s executive producer. “Bringing full-fledged MMOs like Neverwinter or Star Trek Online to consoles was a big challenge with many unknowns, but what we’ve found is simply: gamers like games. We can’t wait to see how the PlayStation Nation takes to the game and look forward to supporting it for years to come.”