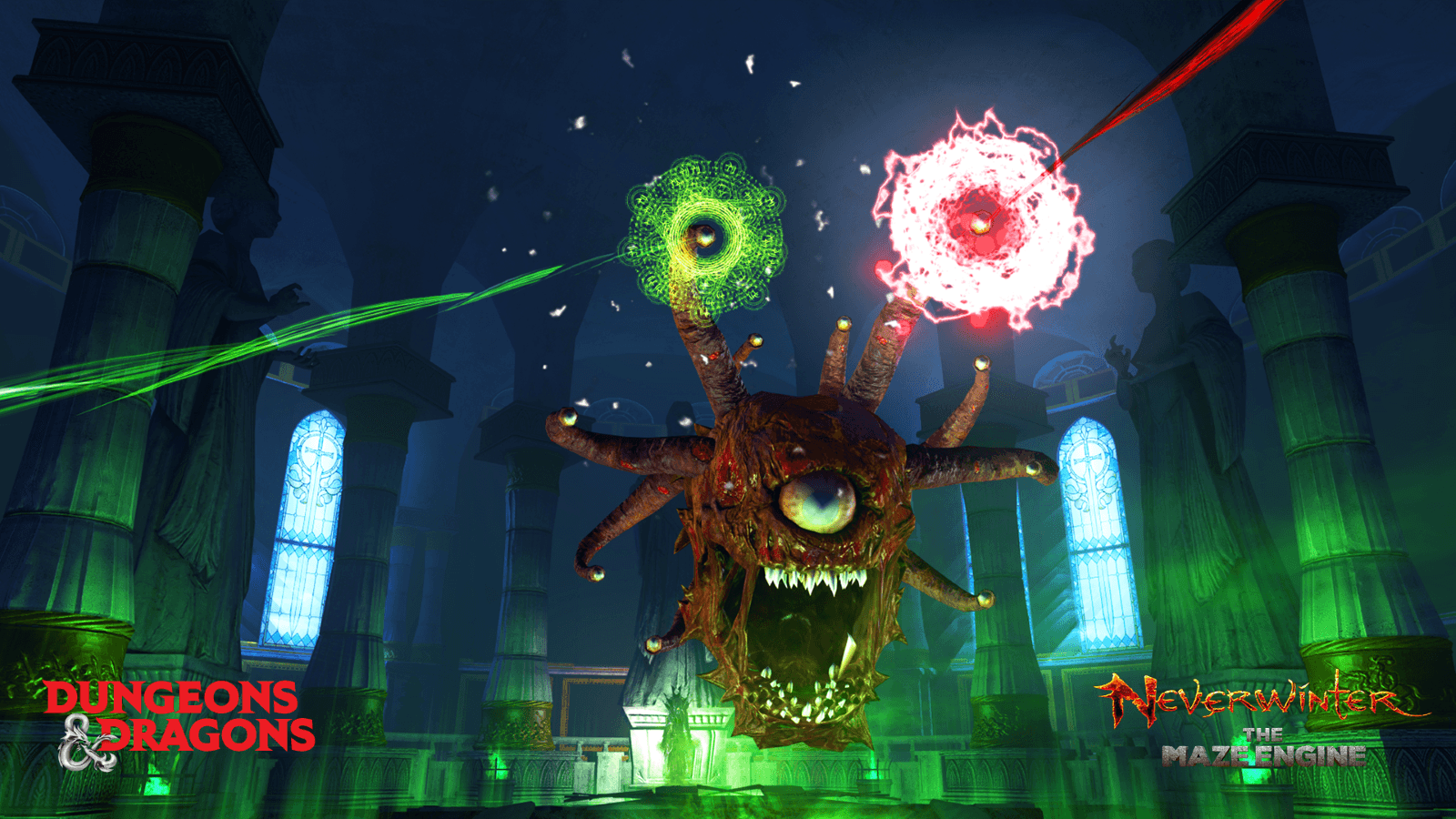 Today, Perfect World Entertainment Inc., a leading publisher of free-to-play MMORPGs, and Cryptic Games announced Neverwinter: The Maze Engine is now available on PC, and will be released on Xbox One later in 2016. The ninth expansion to the Dungeons & Dragons-based MMORPG continues the Underdark storyline, pitting players against powerful, new demonic threats, Baphomet and Orcus.

In this latest expansion, players will once again join iconic Dungeons & Dragons heroes to battle the demonic invasion which began in Neverwinter: Underdark. The Horned King Baphomet has taken control of The Maze Engine, a powerful reality-altering artifact, as we plans his assault on Neverwinter. Orcus, the Prince of Undeath, has also taken up residence in the abandoned Castle Never, reanimating slain heroes of the castle into an undead army. Experience an all-new adventure with classic D&D characters, including Drizzt Do’Urden, Minsc, Bruenor Battlehammer, Regis and more to free Neverwinter from the clutches of demonic entities.

Neverwinter: The Maze Engine also offers new gameplay updates, including the return of four leveling dungeons and Castle Never, which has been upgraded into an epic dungeon. All of which, have been updated with new content and fresh visuals. The expansion also introduces the new Mounts System, allowing players to customize their mounts and how they’re kept, an improved queue system, and a new campaign. More details and features can be found below:

“The Maze Engine is our first of several large updates coming to Neverwinter in 2016 and continues the story from Underdark,” said Rob Overmeyer, Neverwinter’s executive producer. “Looking forward in the year, we have a ton of new content that will bring your adventuring party deep into the Underdark, back to the tabletop in a new adventure and all the way to the frozen North. We’re excited to bring our current players and fans of the Dungeons & Dragons franchise along for some of the best adventures in the Forgotten Realms.”

“It’s great to see Neverwinter explore the roles of Orcus and Baphomet in the Rage of Demons storyline. The Prince of Undeath and the Horned Lord are not going to be easy demon lords to defeat,” said Nathan Stewart, Brand Director of Dungeons & Dragons. “We are looking forward to everything Neverwinter has in store for MMO players with our next storyline this year and beyond.”