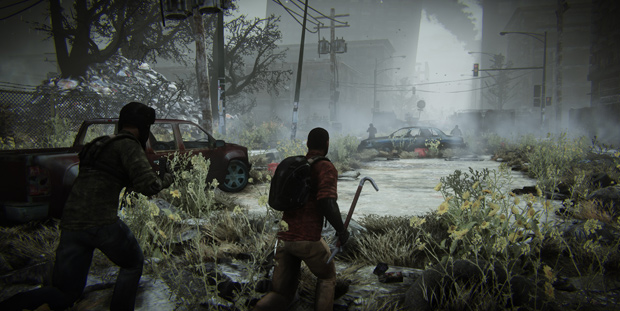 Phosphor Games announced today that after running a month-long contest, fans have chosen the tribe names and uniforms for the upcoming territorial war, which will have tribes compete for control of the decaying city and its resources. Nether will include the tribe system, featuring bases as well as special tribe objectives and a skill tree, at the end of March. In the meantime players can join one of the tribes and begin leveling up and earning skill points in order to gain an advantage when territorial fighting begins.

Nether is also releasing several new features, including a brand new flying Nether that swoops down from the skies attacking players with its razor sharp talons, a survival objective that gives users bonuses for the consecutive days they stay alive, and multi-person ATV for traversing the map while friends knock off enemies from the rear.

“Since launching early access, we’ve continually worked with players to select features for updates, including a wing suit, new Nethers and a motorbike,” said Chip Sineni, Creative Director at Phosphor Games “The tribe names and uniforms are just another great example of how our amazing community is shaping the game, and to thank supporters for their efforts, we’ve added a bevy of new content to keep their playing experience fresh and engaging.”