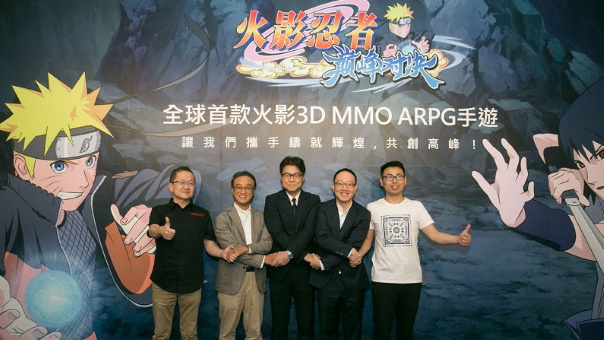 GameSamba held a press conference on July 19th in Hong Kong to announce the worlds first 3D MMO ARPG based on Naruto and Naruto Shippuden, Naruto Slugfest.  TV TOKYO, Studio Pierrot, and SHUEISHA (Rights holders to Naruto) were in attendance during this event. Naruto Slugfest held a successful beta test in the Philippines back in April, and has since been focused on optimizations and updates from player feedback. Naruto Slugfest will be released in a variety of languages, so that players around the world can dive into the world of Naruto.

We’re very excited to bring back this beloved classic anime to fans and players around the world in the form of a mobile game, said Jacky Yung, CEO of GameSamba. NARUTO SLUGFEST is the first ever mobile 3D MMOARPG adapted from NARUTO and NARUTO SHIPPUDEN. The visual effect of the interface is so vivid and overwhelming that players can tap on the screen to wipe off the raindrops in game. Aside from its amazing graphics, the game allows players to show their shinobi skills in the most intense battles.