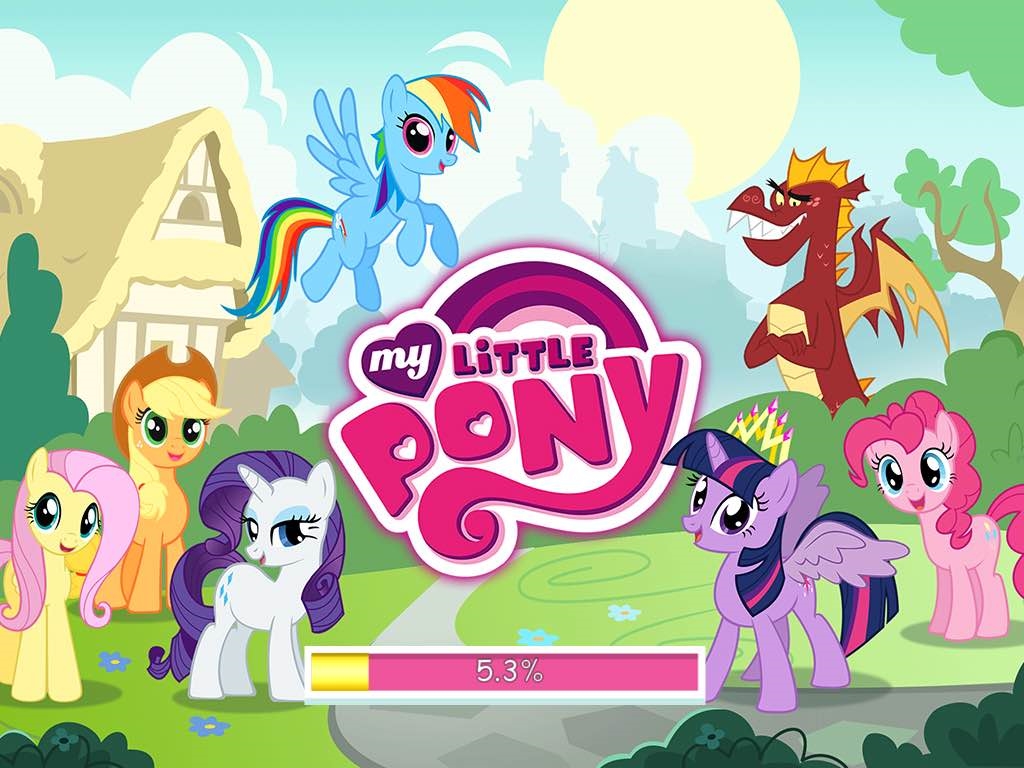 If there’s one title I never expected to cover here, this has to be it. I do have to admit that I have enjoyed a few episodes of the hit series My Little Pony. The popularity of the fourth generation of this IP has earned a fair share of fans outside of of its expected fanbase. So here I am, reviewing My Little Pony: Friendship is Magic, expecting that it will be too girly to my liking – but surprisingly, I was introduced to a game that, while delivering all the expected fan service, has surprisingly solid gameplay.

My Little Pony: Friendship is Magic is a town simulator from Gameloft. You play as the lead pony, Twilight Sparkle, to work restore the world that Nightmare Moon has darkened through finding the different elements of harmony.

Starting in Ponyville, you are tasked to build structures that provide you with various resources that you can use to buy other structures, bring back the “lost” ponies, and/or push back the darkness Nightmare Moon has spread.

With that goal in mind, you start off with one of the Mane six, Twilight Sparkle, as your first playable pony. You can assign her to do various tasks within Ponyville such as working on stores, doing the daily missions, or just prancing along the bright areas of the world. 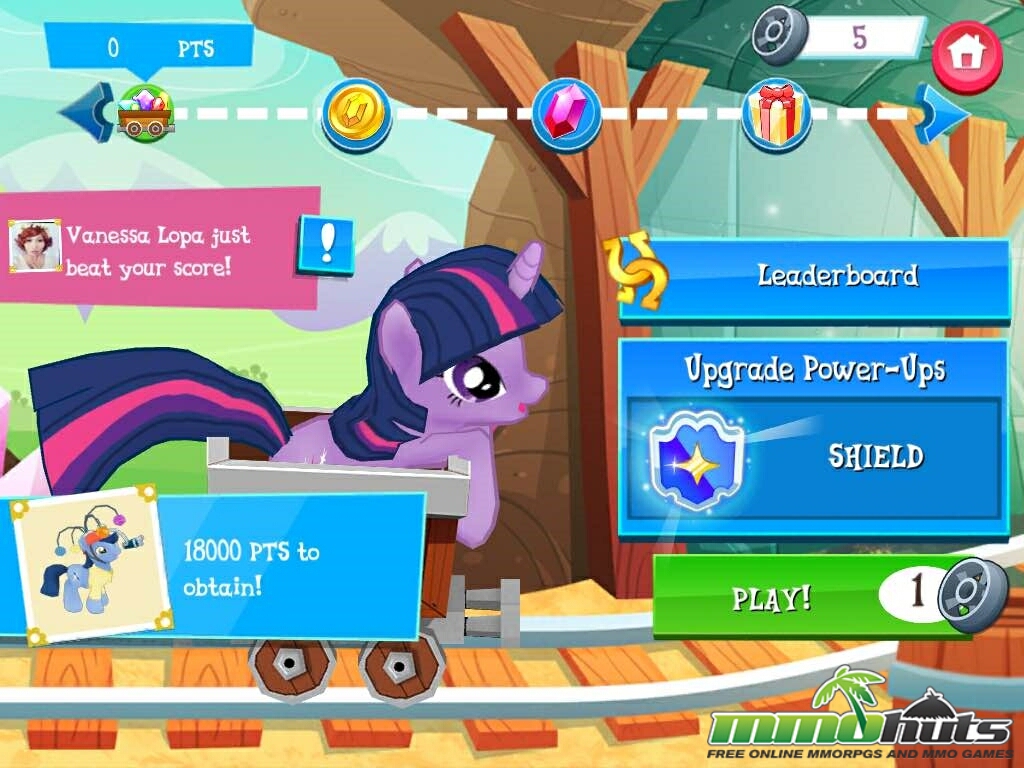 Minecart races? Why not!

Most of these missions that open up in-game are composed of mini-games that can increase the level of you and the assigned pony depending on how many points you earn. The various mini-games available are mostly kid-fare, easy to pick up stuff that doesn’t really require much skill.

Each pony that you unlock in-game has the same set of mini-games that you can play, so expect that the number of times you keep on doing the same thing will increase as your available ponies grow, so it tends to be a bit of a grind fest as you reach the late game of MLP.

As if the pony-centered mini-games aren’t enough, Gameloft throws in an Equestria Girls rhythm game to the mix. You get to play with the various songs found in the MLP Movie as the time-locked songs in the rhythm mini-game.

If it wasn’t a bit obvious. My Little Pony: Friendship is Magic is chock-full of fan-service material that any MLP fan could desire. 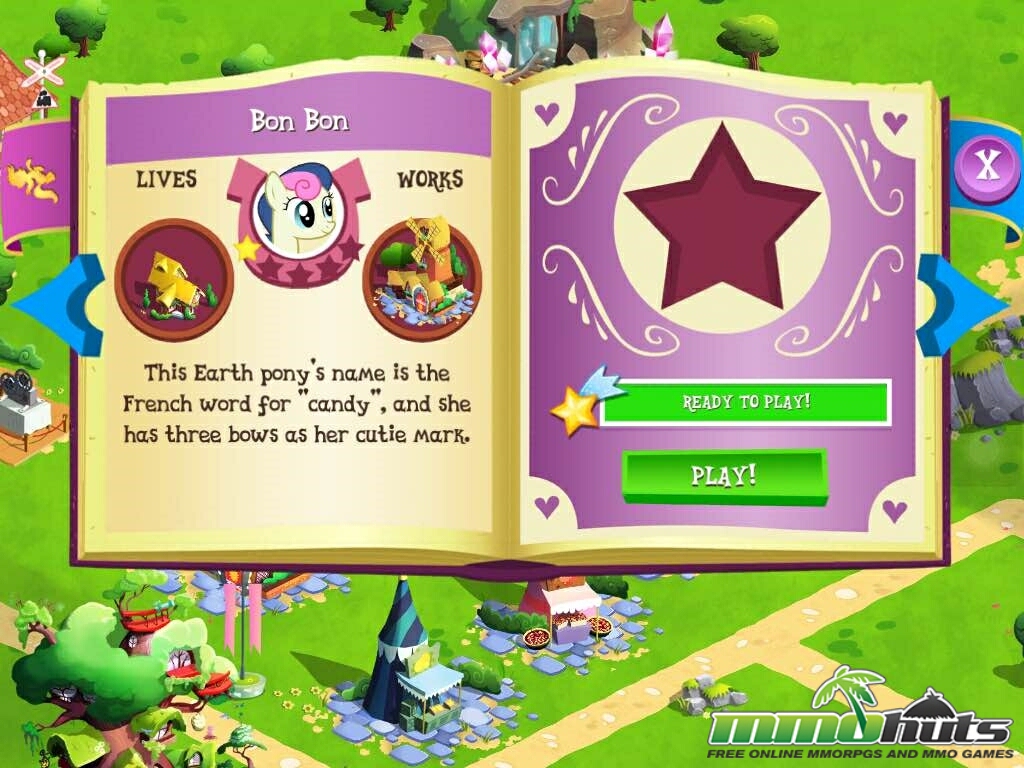 Gameloft really did a good number on this one, as not only will you be able to bring back the mane 6, you’ll be able to bring back characters that don’t get much air time in the TV series and movies. What makes it more interesting is that since the game allows you to go through each town or city found in the series, the pony roster is immense. This means that the game’s replayability value is huge, since you are required to cycle around not just Ponyville, but also Canterlot, Crystal Empire, Sweet Apple Acres, Cloudsdale, and Foal Mountain just to name a few.

The game also features the voice work of the characters from the series. You get to actually hear the characters as you hear them in the series whenever their dialogues pop up on screen. This gives the game a tad bit more legitimacy to the whole fanbase since normally, you won’t expect full dialogues coupled with their respective VOs on IP licensed free-to-play games like these.

With such a superb work on the game’s various fan-service features, I expected the game would ask for your wallet to open up the game. The amount of money you have to throw into the game is huge. Some of the ponies need tons of gold to purchase, and some of the more prominent characters are purchasable only through crystals, the game’s premium currency.

What surprised me was how early this was prevalent in-game. You’ll see how expensive it is to play the game once you unlock Canterlot, because almost everything there is really expensive. 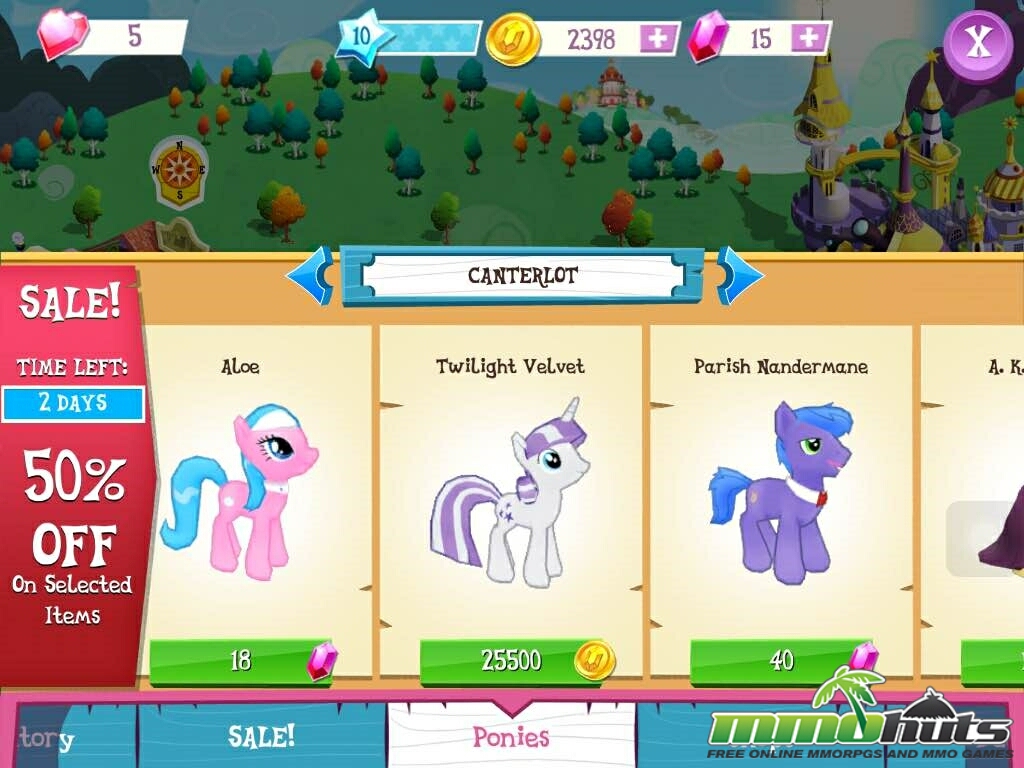 How badly do you need these?

Of course as per the nature of these kinds of games, you do have the option to just rely on farming the free crystal being given to you on each successful mission accomplishment. On the other hand, gold is harder to come by as most of the mini-games you are required to play require you to spend gold, with the cheapest set at 100.

My Little Pony: Friendship is Magic is a great example of a game that rewards its fans from the start of their playthrough. Its appeal comes mainly from how Gameloft was able to blend in the whole world of Equestria and make it such an enchanting, albeit expensive, world to sink your teeth into. Fans of the series get to enjoy not only the Mane 6, but get the opportunity to know more about the series’ support characters even down to the supposedly unfamiliar characters that pop out from the TV series once in a while.

I find it remarkable that the game doesn’t restrict you in how much things you can do in one sitting. It doesn’t let up and as you continue playing, you get to discover new unlocked features. I love that under normal circumstances, games tend to provide less things to do as you go to the late stages of your playthrough but with MLP, you are given more things to play with.

Overall, I can say that the game is a solid town sim that fans and non-fans of the series can enjoy. If there’s one thing that I can count against it, it’s that the game is too tied to the series that people unfamiliar with the series can and will be turned off. But then again, the game itself isn’t really geared for a mature audience. Yet at the back of my mind, the game (in as much as the TV series is) will have its fair share of fans who wouldn’t admit that they have this game installed.