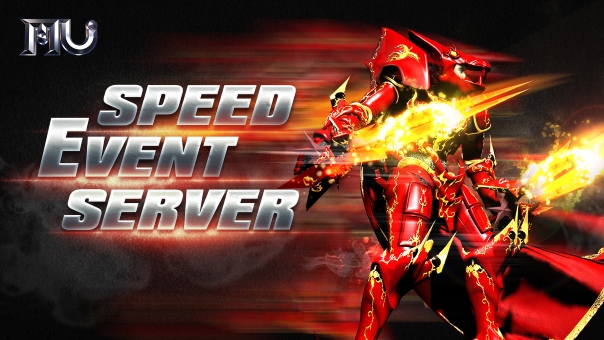 The server is only open for four weeks (until the maintenance on November 1, 2016), and invites players to race to level 600. This race is aided by a grant of 1 billion Zen, an experience buff, and increased drop rates of up to 900%.

Players will be able to transfer their characters to the original servers for free in the week after the speed event server closes, no later than November 8. All items will be wiped, but players will be granted a special set of items based on their progression.

A Special Speed Package, which includes a Gold Channel Ticket (14 days), Master Level Scroll Package (30 days), Master Seal of Ascension 1 (30 days) and Panda Pet/Ring (30 days) will be provided for both new and returning players who exceed level 500 on the Speed Event Server.

From today through to the weekly maintenance on October 25th, 2016 (UTC), players can participate in a ranking event and compete to reign over the Speed Event Server. The top-3 ranked players during the event period will receive Ruud and Ancient Hero’s Souls.

Additionally, many special packages designed for fast growth and powerful equipment (only for the Speed Event Server) are now available for purchase in the MU item shop.