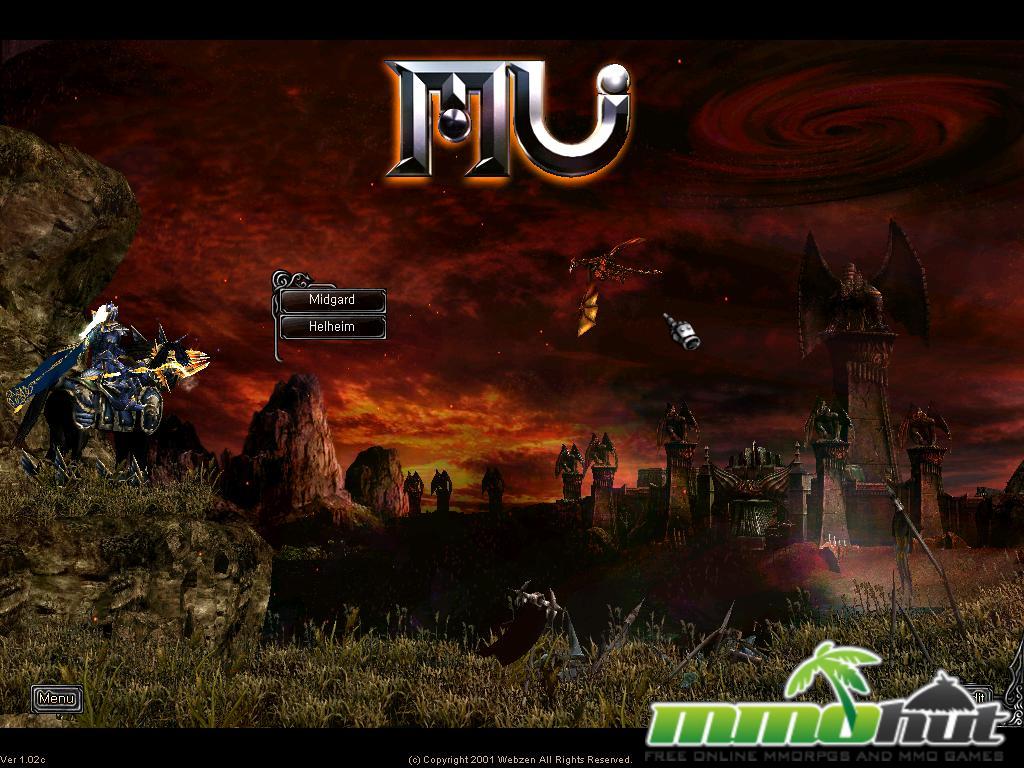 Mu Online is one of those games that most people have never heard of, but are still incredibly popular. Seems impossible right? Well, the game has an enormous playerbase but I have never really seen the game advertised anywhere. Perhaps the game is more heavily advertised in other parts of the world, as a lot of the players I bumped into while exploring Mu Online were not English speakers. Mu Online is used to be a pay to play game back when it was released in 2003 but is now free to play. Yeah, that’s right, the game was originally released in 2003, so don’t expect too much in terms of graphics, as they’re quite an eye strain.

First Impressions
Upon installing and logging into Mu Online the first thing that popped into my head was, ‘wow, this looks a lot like Blizzard’s Diablo 1’. The game has virtually the same interface and look as the old Blizzard title, but with a few key differences. The graphics are incredibly jagged and an overall eye strain. Don’t get me wrong, the spell and skill animations are actually quite nice, but the overall environments and character models aren’t pleasant to look at. Mu Online’s character creation wasn’t all that either, as the game has absolutely no character customization. Heck, the game doesn’t even allow you to pick your gender! I was never expecting a Perfect World like character creation system but it would have been nice to have at least some options. 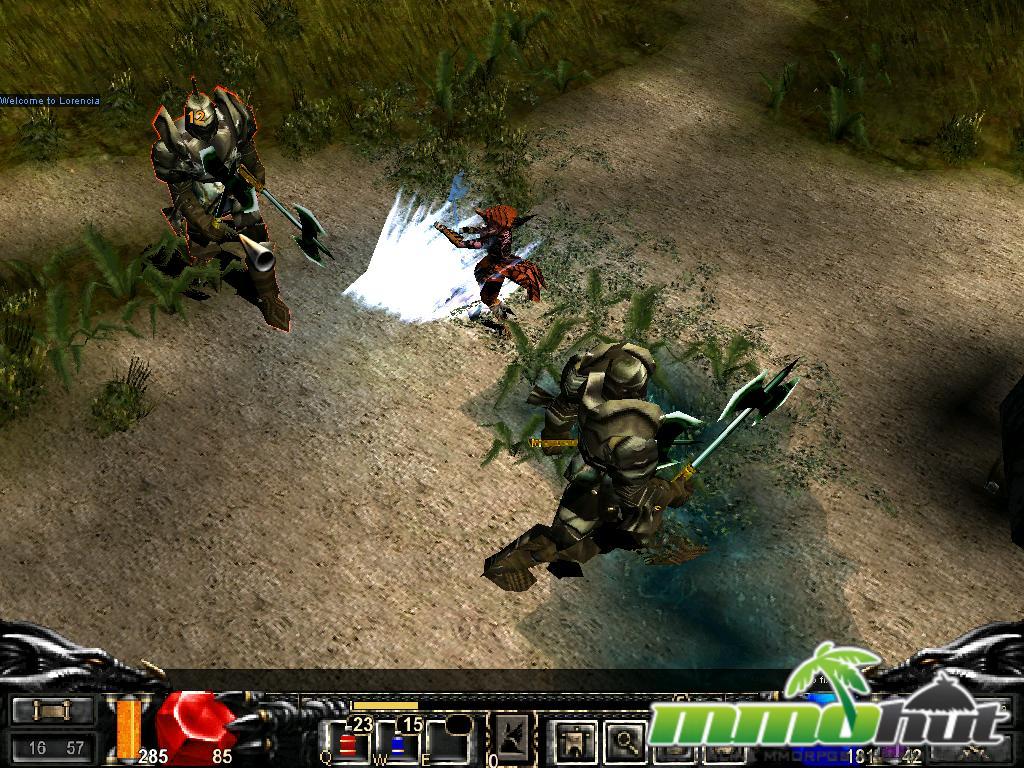 Another small issue that I picked up within the first few minutes of playing Mu Online was that the game has three starting classes; Dark Knight, Dark Wizard and Elf. Having only three classes in and of itself is pretty lame and since when was ‘Elf’ considered a class anyway? I’m pretty sure something got lost in translation and was never fixed, as Elves are a race not a class. Another serious complaint I have with Mu Online is that the game has no map, which is simply ridiculous. It is far too easy to get lost in the game’s large world, and without a map or radar or some sort, the only way to find your way back to town is by wandering around, which is absurd. Nearly all of my first impressions on Mu Online were negative, but the game does get better after the first few levels.

The Good Stuff
If you can look past a lot of Mu Online’s faults, the game does have a lot of interesting components. The gameplay is fast paced, the experience rate is just right and the game has a massive community. The game’s item system is also quite impressive, as it closely resembles the ‘randomized item stat system’ of Diablo 1 and 2 where magic items have randomized stats. Instead of items being labeled as ‘magic’ and ‘unique’ like they are in Diablo 1 & 2, magic items in Mu Online are labeled as ‘Excellent’ and ‘Ancient’, with ‘Ancient’ items being the rarest and most powerful type in the game. Mu Online also has regularly scheduled events to keep players occupied entertained, which is something I believe all MMORPGs should have, but unfortunately do not. The folks over at Gamer’s First tend to do a great job with keeping their games updated and fun, as one of their other popular titles, Sword of the New World also has regularly scheduled events. Another good aspect of Mu Online is that each class have three different job promotions, so the game does have a fairly strong sense of advancement. 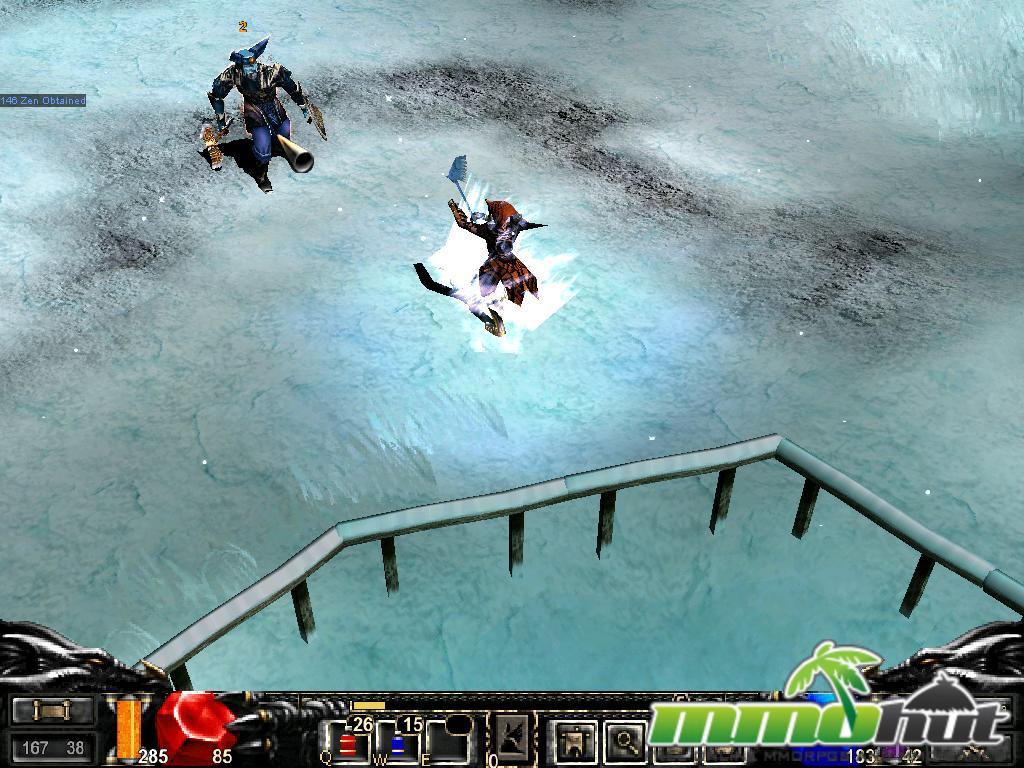 PvP Options
Mu Online has a fairly strong emphasis on PvP, as players can kill each other anywhere outside of the game’s towns, meaning players can fight and kill other players without their consent. The game does discourage mindless killing by penalizing those that kill ‘too many’ people by labeling them as outlaws in the game. Regular players are free to kill ‘outlaws’ in the game without penalty and can actually claim a piece of equipment from the slain outlaw as well. Mu Online also has an assortment of other PvP modes that are common staples to other MMOs like consensual dueling, guild wars and occasional PvP events.

Final Verdict – Good (3/5)
Mu Online has some serious flaws, but if you can look past the game’s poor graphics and limited customization, the game has some interesting content that you won’t find in other games. The game is certainly nowhere near as revolutionary as Diablo 2, but if you were a fan of the Diablo series, Mu Online is definitely worth checking out.