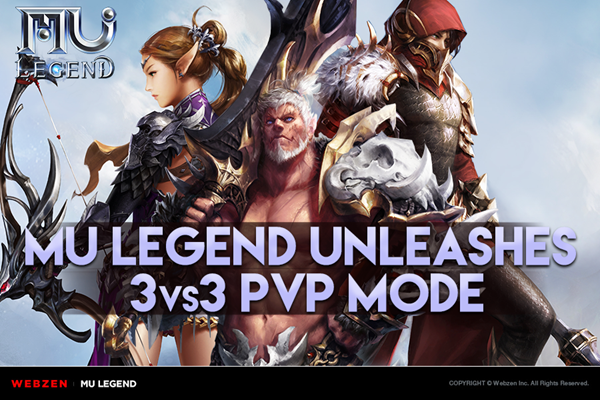 Just a month after the official Open Beta Test of MU Legend comes the 3v3 PVP update, which is now unlocked. Cross-server functionality enables players in specific regions to challenge players on other servers in the same region to increase the speed at which they find opponents. There are also a variety of technical fixes and updates, which can be found in the link below. The MU Legend team will also be doing battle in the arena this week and offer some PVP challenges for players. It will be streamed on MU Legend’s Twitch Channel.

Dennis Czybulka, COO at Webzen Dublin, comments: “Today is an exciting day for MU Legend! This patch introduces the first additional content after our successful OBT release, bringing the thrill of team fights and a new PvP dimension to the game!” Alongside the launch of the new content, WEBZEN also reveals a January update that marks MU Legend’s next important milestone on its way to official release. Dennis Czybulka continues: “We greatly encourage our players to sharpen their skills on this new PvP system. The fact is, their PvP training will be invaluable when the next content update arrives, which includes the one and only Guild Wars feature: Resilient strength, cunning strategy and a fierce desire for victory are what count in this deadly battle. Luck will be a spectator while skills will prevail.”