MU Legend to Get New Spellbinder Class in March 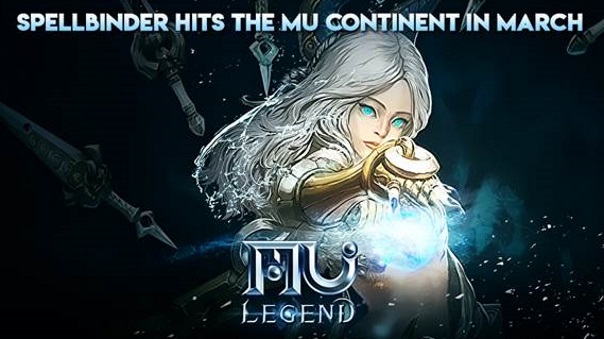 A Spellbinder is a support mage that utilizes psychic powers to strike down their foes using levitating swords and thrown weapons. Wide area-crowd control effects and buffs to aid their enemies all play a critical role in how they are used in a party. This coupled with powerful direct attacks make them viable in a group or alone in MU Legend. With strong mid-range attacks and mind-control spells in her arsenal, MU Legend’s newest class brings a unique skill set that will complement those of the existing characters. Development for the new content is progressing according to schedule and the update is on track for release next month. While preparations continue, the MU Legend team will be releasing a developer’s note with more details on the Spellbinder in the coming weeks. The note will showcase some of the concept artwork for the new class, outlining the creative approach to the character design, and will be available on the official MU Legend website. In addition, the Faction War PVP mode has attracted a large playerbase since its inception, and several changes have been applied to improve gameplay within this mode.