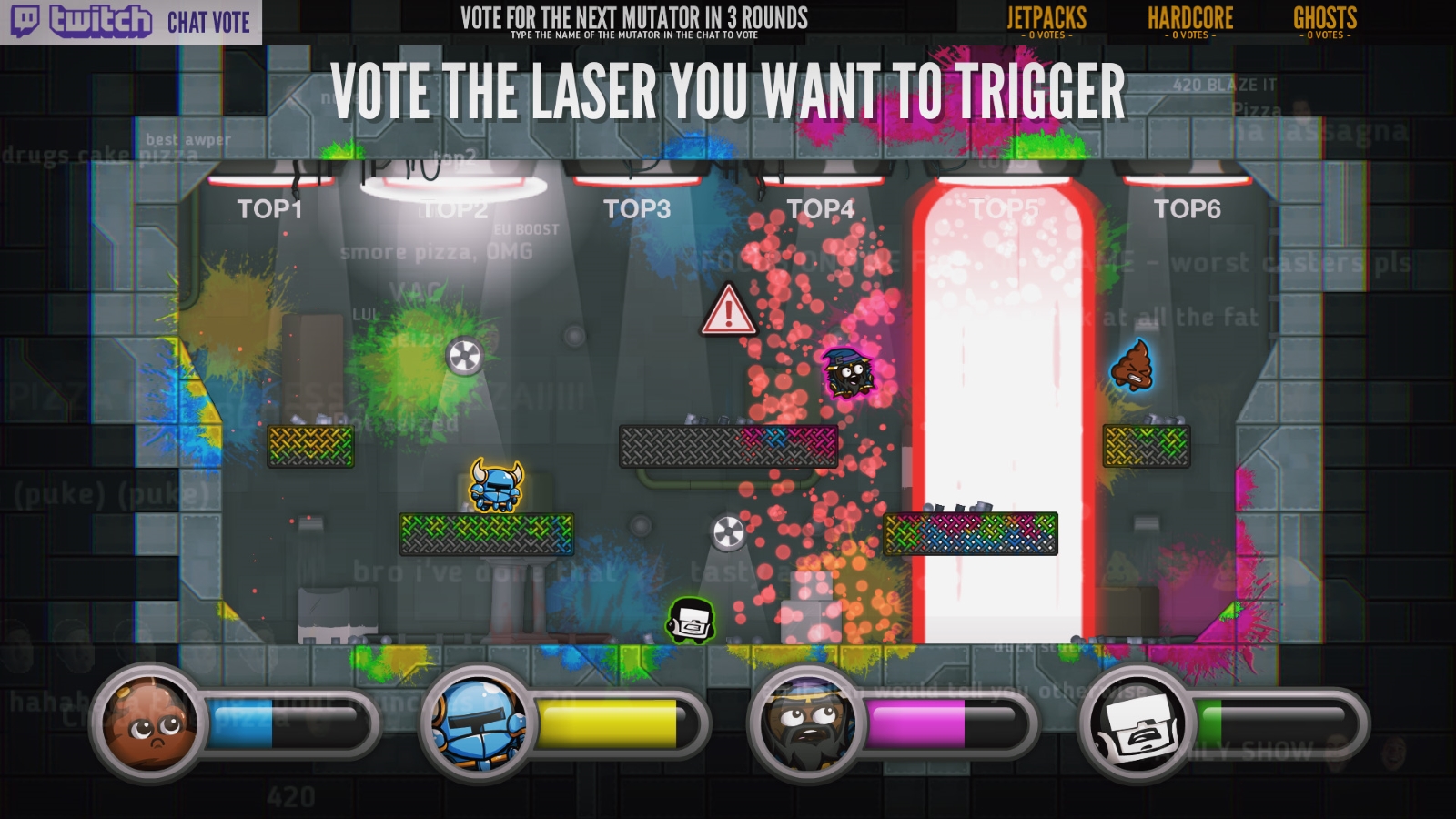 Millions of gamers have watched the hilarious friendship-ruining drama of Move or Die unfold from their favorite streaming personalities. Now from the mad genius minds of Those Awesome Guys, viewers will be able to directly interact with their livestreamers playing Move or Die in the upcoming “Viewers vs Streamers” content update launching April 29.  This free update will also feature the debut of the “Heavy Bullets” game mode, “Teleporter” Mutator option, and adds new playable characters including the greatest garden-tool wielding hero of them all – Shovel Knight!

The new “Viewers vs Streamers” content update will be revealed at PAX East in the Move or Die booth #4165 – attendees are encouraged to come by to experience this new content update and win tiny, fabulous prizes. Also, Twitch Mode will be shown for the first time and livestreamed at the Twitch PJ Saltan tournament during PAX East on Friday, April 22 between 1:00PM through 3:00PM EST!

Viewers can choose which laser to fire in Twitch Mode against livestreamers.  LASERS!

“Since forever, viewers could just watch their favorite streamers play games without being able to influence the experience in any way,” states Nicolae Berbece, founder and lead developer of Those Awesome Guys. “Games are interactive and watching them is not, so it’s time to fix that with the new Viewers Vs Streamers free content update. We allowed the viewers to take over the game through the chat and piss their favorite streamers off – it’s beautiful!”

The “Viewers vs Streamers” free content update features Twitch Mode enabling livestream viewers to pick the Move or Die game modes, and Mutator options they want to see livestreaming personalities play. In addition, four mini-games available only in Twitch Mode gives direct power to the viewers to throw bombs, fire lasers, and cause general mayhem and consternation to livestreaming players. Added game modes and options, zany playable characters, and new announcers round off one of the most exciting content updates for Move or Die.