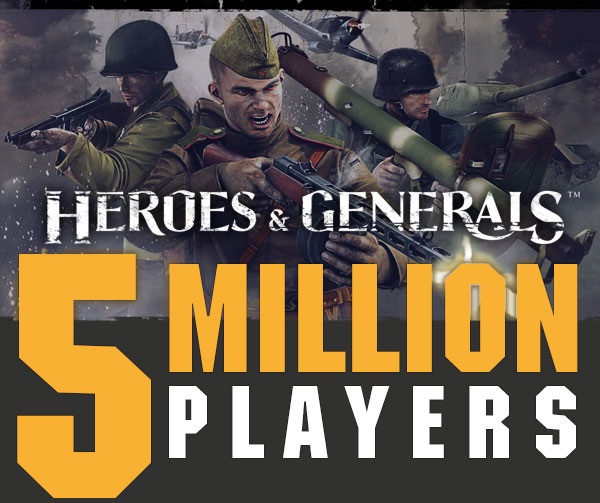 The independent developer Reto-Moto is proud to announce that there are now more than 5 million registered Heroes & Generals players worldwide in their popular WWII MMOFPS.

“Reaching 5 million players is a huge milestone for us, and we are very grateful for having such a large and engaged community from all parts of the world.” says Martin Munk Pollas, CEO at Reto-Moto. “We would like to thank all the Heroes and Generals, who makes this player-driven universe come to life and we promise we will continue to work hard adding new content and features to give the ultimate WWII gaming experience to our players.”

To celebrate the 5 million players milestone, Reto-Moto will give away free Gold voucher codes this weekend. Find more details about the voucher codes here.