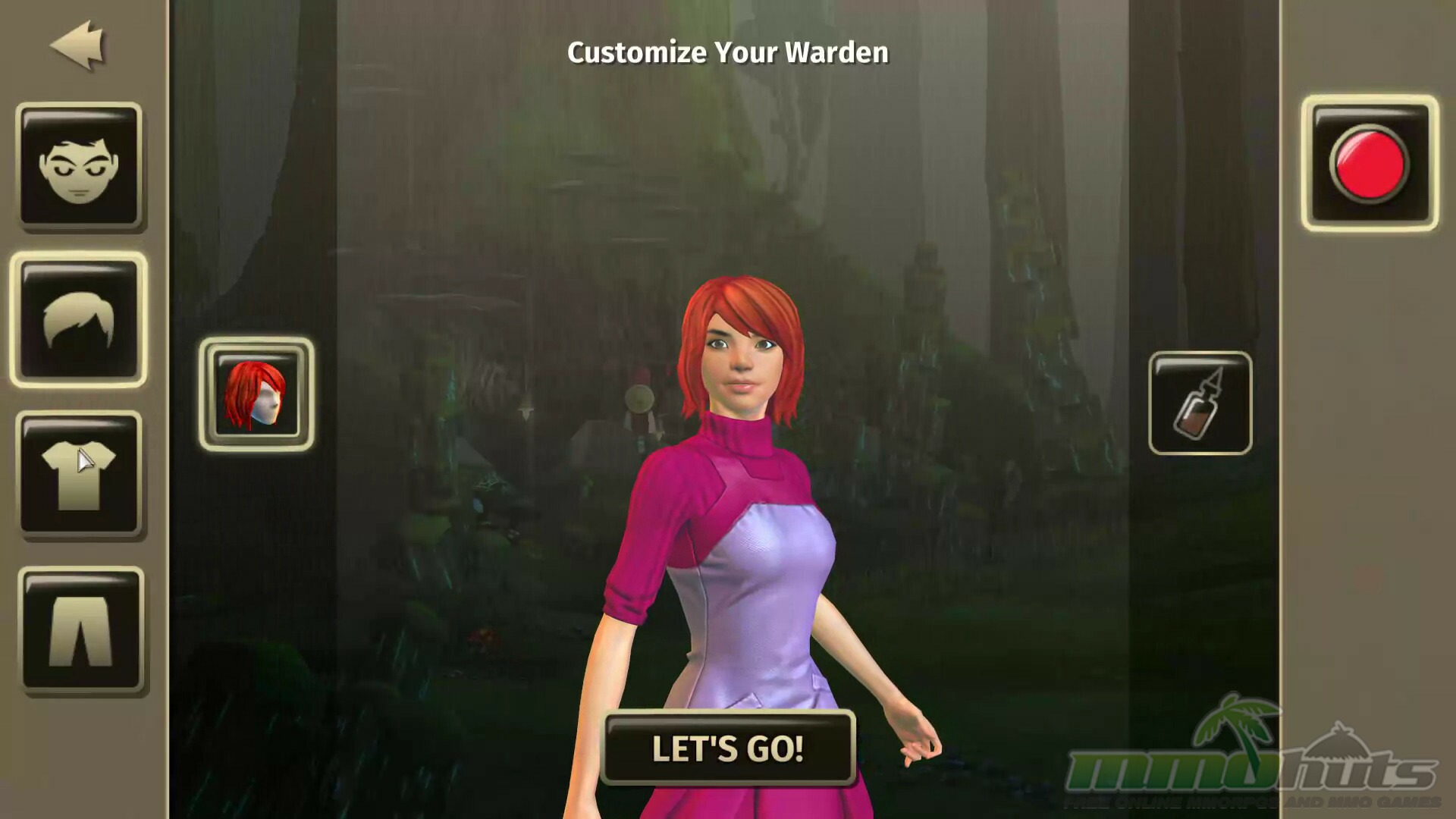 The monster battle genre is loved by many gamers around the world, ever since Pokemon kicked off the wildfire of interest in the 90s. Starting from the early days of Gameboy Color, I have been a fan of the Pokemon series. Monster battle games are a great way to pass time, battle friends, show off a hard earned collection, and even play competitively (yes, there are Pokemon tournaments). In hopes of adding another great game to this genre, Moonrise allows players to collect and battle with monsters known as the Solari.

Moonrise is available on Steam in its early access phases. There are plans to release the game for PC, Mac, iOS, and Android. Unfortunately, the dates for the mobile and tablet releases have not been announced. 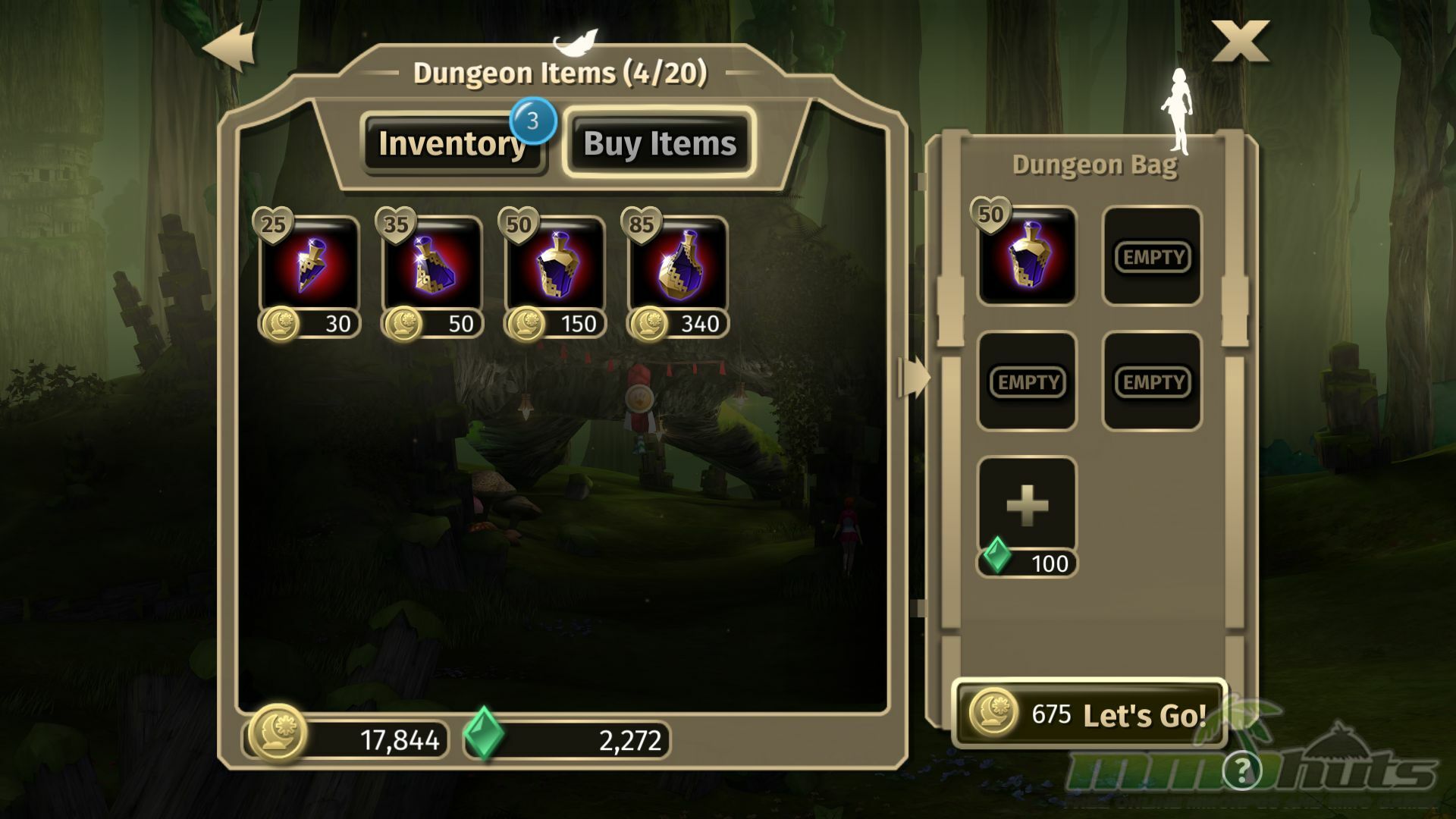 Purchasing potions before entering a dungeon is usually a good idea.

The game takes place after an enigmatic event known as the Moonrise. This event has periodically caused widespread fear and destruction causing the normally peaceful Solari to transform into savage Lunari. These Lunari attacked towns and cities for months until the effects of the Moonrise fade. In the past, these Moonrises have been rare, sometimes separated by centuries, and only lasted a couple days. However, now the cycle is beginning to intensify and the world faces an age of danger and uncertainty. This is where you come in; you must set off on an adventure to protect the world and aim to become a master warden.

Unfortunately, setting off on an adventure in Moonrise is not as exciting as it sounds. I was looking forward to being able to explore the world, learn about the Lunari, and build up my team. Exploration in Moonrise is quite basic as you get around using fast travel through the world map. It just feels like you jump around the world and jump right into battles, quests, or PvP. Some people may like this but I would have liked to be able to roam and explore the world. 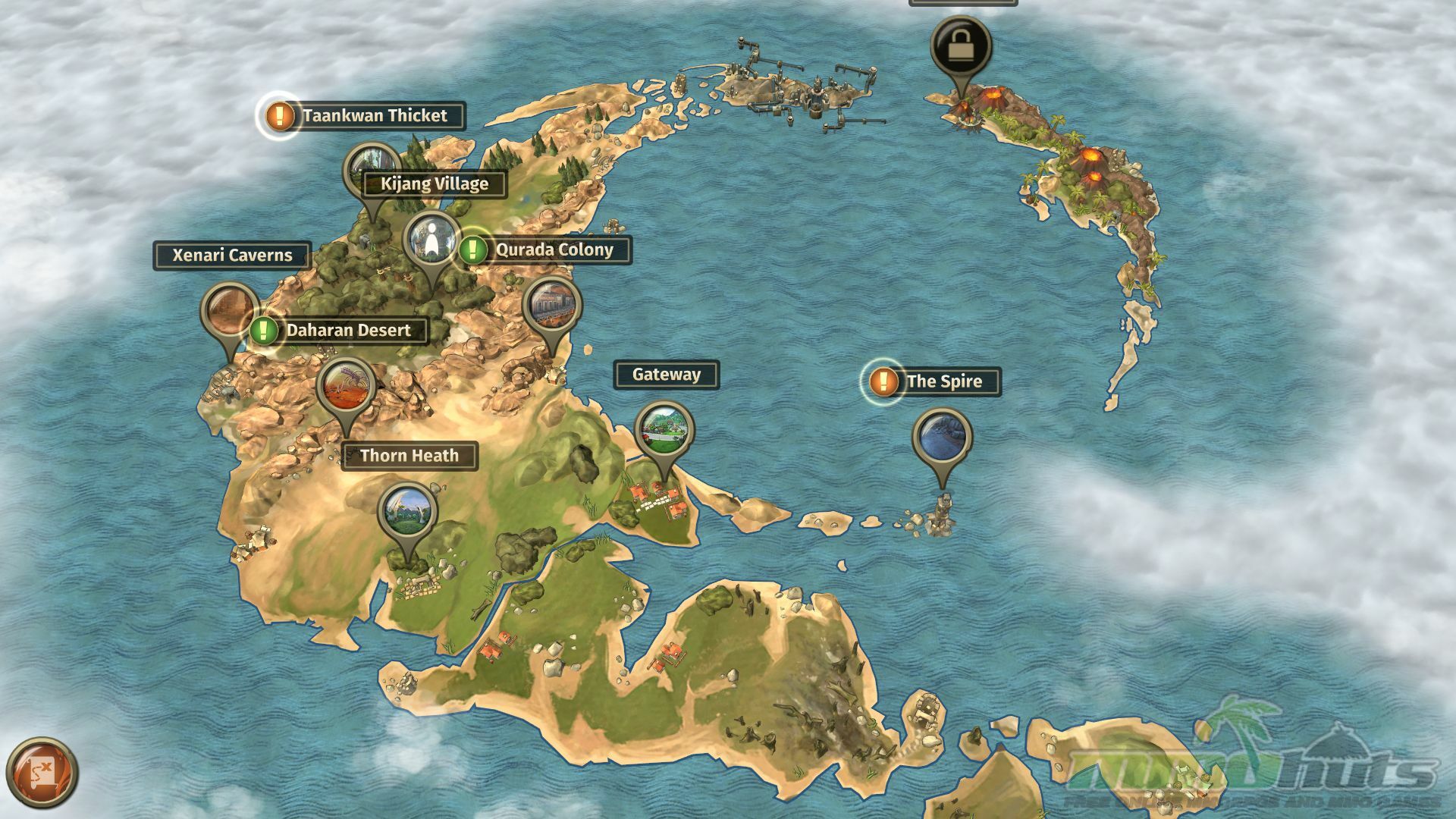 Players can travel to different locations using fast travel from the world map.

Fortunately, there is a good amount of customization available in Moonrise for both the monsters and the warden. Players are able to customize the appearance of their warden, change abilities, and stat points. They can also create multiple teams of Solari used for battle, although additional team slots and customization of abilities must be purchased. Not all the options for customization are available from the beginning as players must obtain additional abilities and costumes for use.

As long as you have the costumes, it is easy to change your Warden’s style.

As expected, Solari must also be tamed through battles. Capturing and taming monsters is half the fun in monster battle games. The system is pretty straight forward in Moonrise; you must defeat a Lunari. If you defeat one while carrying a warden key, use the key to capture and add it to your collection. That’s it, there are no other complications involved in this process. Simple and straightforward gameplay is what you will come to expect in Moonrise. It may be a pro for some players, but I would have preferred at least some additional requirements for capturing Solari.

Once you are happy with both your Warden and team of Solari, you can move onto the game’s dungeons and quests. Using the world map, you can fast travel to any unlocked locations to clear rooms in dungeons, purchase items, begin quests, and socialize with other players. The quests found in Moonrise are like the generic quests found in many MMOs, delivering items and capturing specific Lunari will make up the majority. These quests are usually started by entering buildings and talking to NPCs in the towns. I was disappointed to not really be able to explore the towns. You can move the camera to look around but you are basically just going to be clicking the buildings you want to enter. 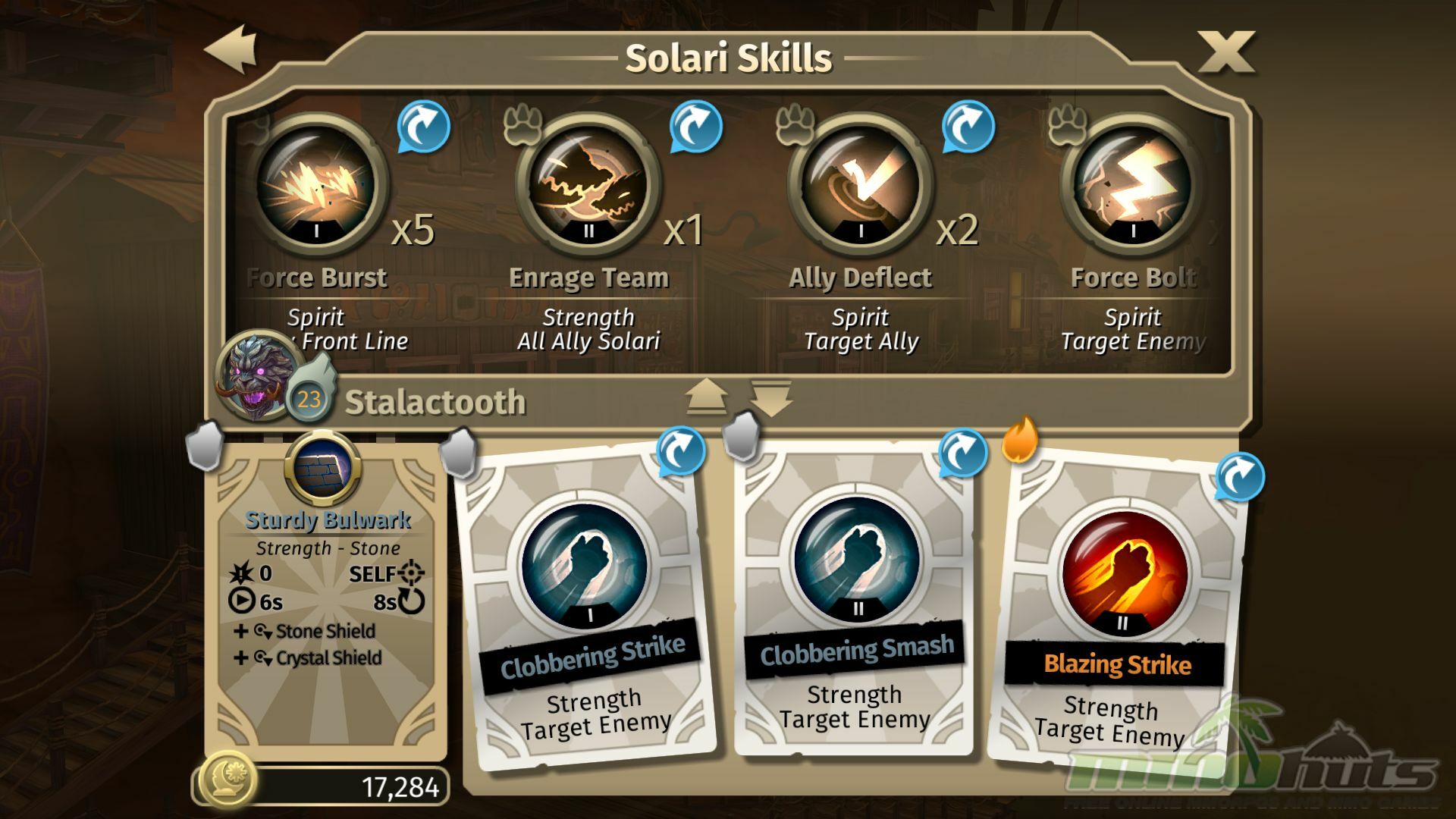 Wardens can easily customize and handpick their Solari’s skills.

The dungeons are made up of various smaller rooms leading to the boss. Continuing on with the theme of simplicity and fast travel, you don’t get to walk around the dungeon. Rather it plays out through a series of clicking rooms that you want to enter, before being thrust into battles randomly. Once you have cleared enough rooms, you may move onto defeating the boss room and complete the dungeon. Dungeons are made up of various floors with increasing difficulty. While they usually start out to be quite easy, they progressively increase in difficulty as you move up the dungeon’s floors.

Experience, gold, and items are rewarded upon the completion of dungeons. This experience is distributed to your entire active team, which is quite nice if you want to use stronger Solari to boost your newly acquired Solari. Aside from getting stronger through increased stats and new abilities, your Solari can also evolve into new forms as they gain levels. The more rooms you clear, the greater your reward.

The combat required to clear these dungeons is not what I expected. I came into Moonrise expecting turn by turn combat as the game claims to combine the deep strategy of collectible card games with the tactical pacing of head-to-head fighting games. Rather than taking turns attacking, players can summon multiple Solari at once and attack at their own pace. All skills have different cooldowns and cast times, depending on how you play, you may attack more or less than your opponent. This is a nice addition to the game to differentiate it from most monster battle games. Personally I prefer the traditional turn by turn combat but some people, such as my friend, like the change of pace. He claims that feels more realistic as you do not take turns attacking in the real world – good point.

When you are not completing quests or clearing dungeons, you also have the option to battle against other players. Moonrise is an online only game, and you will see other players from around the world. I was very happy to see the option for online PvP available in Moonrise. Simply grinding against AI is never as fun as battling it out with more intelligent (hopefully) players.

The combat is a bit more involved than the traditional turn-by-turn combat we have come to expect.

Conclusion: A Bit Too Simple
Moonrise is a very simplified pick up and play monster battle game. The combat can be more involved than other games from this genre but the overall gameplay seems to be lacking with features such as exploration missing. After learning that the game will also be released on iOS and Android, I began to understand these design decisions made by the developers. A complicated game does not work well on phones and tablets, it’s never fun to move around using touch screen, or god forbid, tilt controls.

While the game is B2P at the moment, it will be free to play upon release. The in game store allows players to purchase cosmetics, warden keys used to capture Solari (can also be obtained for free over time), and even packs of Solari. Similar to other mobile games, we see the developers allowing paying players to progress through the game at a much quicker rate than free to play players. I would have preferred to only see cosmetic items available with premium currency, but this is rarely found in games… At least they let you gain warden keys for free over time.

I would personally stay away from this game on PC as it just feels like a mobile game that has added mouse input. However, it may be worth checking out on your phone or tablet as a side game during commutes.