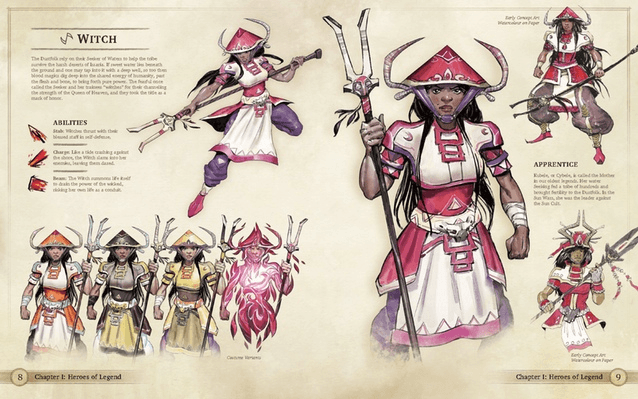 Today, Kitfox Games released a developer update on its Kickstarter page for Moon Hunters, updating players and fans to the game’s progress and future two weeks after its launch on PC.

Since launch, Kitfox has pushed five different patches to work on optimizations and bugfixes, including fixes for online multiplayer. Full details can be found on the Steam patch notes thread.

As for non-PC versions: GOG.com, Mac, and Linux versions will launch on March 31. A definitive date is not yet set for PlayStation 4 and Vita as Kitfox may decide to include the game’s first major content patch. The game’s art book is also in the works and should be ready for digital distribution in a few weeks.