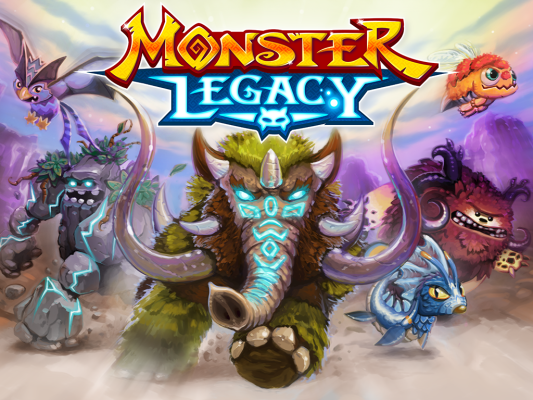 Pokemon has been dominating the monster training genre since it came to the Gameboy more than a decade ago. The success of the Pocket Monster franchise has spawned tons of similarly themed games on both the console and the mobile market. We now have the chance to look into Outplay Entertainment’s own take in the monster training game with its latest title, Monster Legacy.

Monster Legacy follows you, the “destined” keeper, to rid of the world of Arborea ravaged by the Evil Lord Ardur. As a keeper you have the capability to control the elements and even tame and train the various elemental monsters Arborea has. 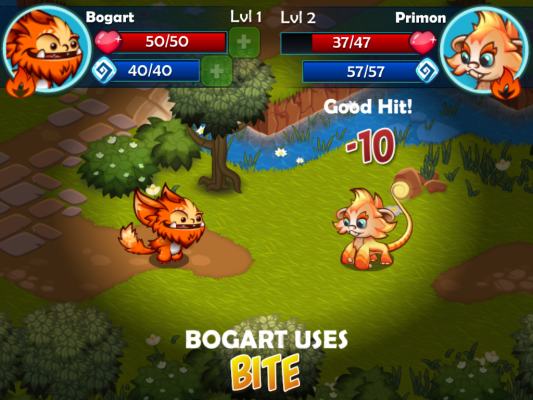 Gameplay-wise, Monster Legacy follows what Pokemon has been known for. You battle monsters in specific areas of the map – for example, grassy areas – and you can either kill them by getting the monster’s HP to 0 OR you can capture them using special traps once they are weak enough. 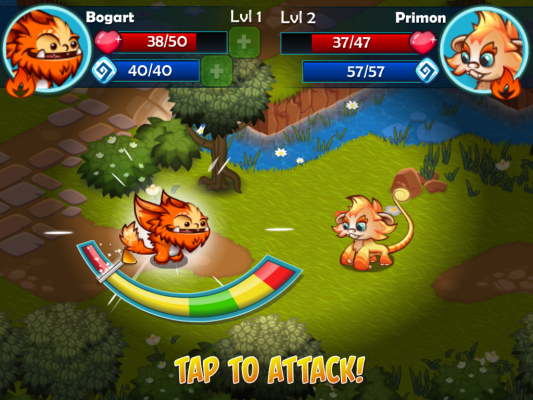 The game uses an isometric perspective where you can see your keeper as he/she travels around Arborea. There are specific areas in the map that you can actively interact with. These areas are often roadblocks that require you to use your keeper’s elemental powers to pass through. Similar to how HM pokemon skills can be used outside to move, cut, surf or fly in the game, Monster Legacy uses elemental orbs that your keeper can use to either burn through obstacles or even douse flames so that you can pass through.

Another game element present in Monster Legacy is your ranch that serves as your healing/crafting monster management area in-game. The ranching part in Monster Legacy I must say is highly reminiscent of another monster training themed game, Monster Rancher. 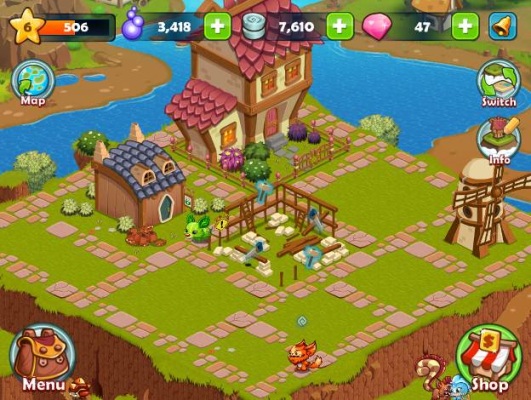 The ranching part in Monster Legacy is strictly for creating useable items that you can use in-game such as potions and traps. The ranch also serves as the healing area for your monsters since the game requires you to either heal your battle-damaged pets either by using potions OR sending them for some resting time at your ranch. 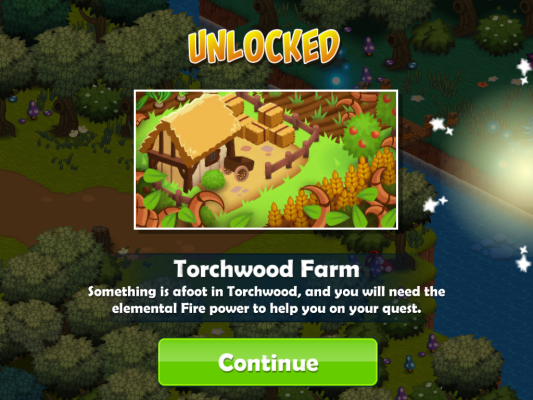 Ranches also come in elemental forms in Monster Legacy. Monsters who are housed in their respective elemental ranches will recover faster compared to those who are put in the normal ranch.

Currently, Monster Legacy uses four elements which are Earth, Water, Fire, and Air. Each monster has its base stats which are segregated into HP, MP, attack, magical attack, defense, magical defense, and speed. 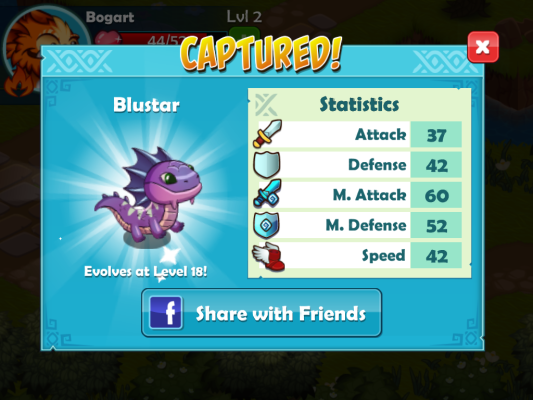 Elements follow the typical strengths and weakness chart other games have been using which is pretty much self-explanatory. Same goes to the monster base stats which can easily be accessed through the monster tab found in-game. 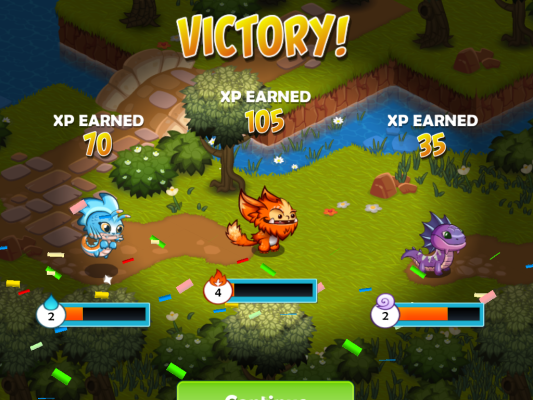 Monsters can also evolve in Monster Legacy. Each monster has a set level at which they will evolve to their stronger version, and can be easily seen via the monster tab.

Your monsters have four types of attacks: the normal attack, the special attack, the gem-level attack, and the status changing attack. While all other attacks don’t any resources aside from the usual MP or turn consumption, gem-level attacks are strong but costly attacks that require you to spend the game’s premium currency, gems. 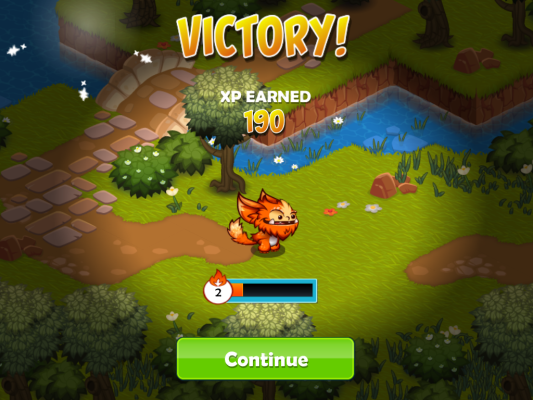 The game requires you succeed in a mini-game for each action done during battles. This makes the game not only a battle of pets but also of skill.

Monster Legacy is a good enough game in that it can be a good time sink for those who are itching to play a Pokemon-like title. One of the biggest disappointments for the game however is the lack of PvP. What would be the point of the game if you can’t fight against other players? 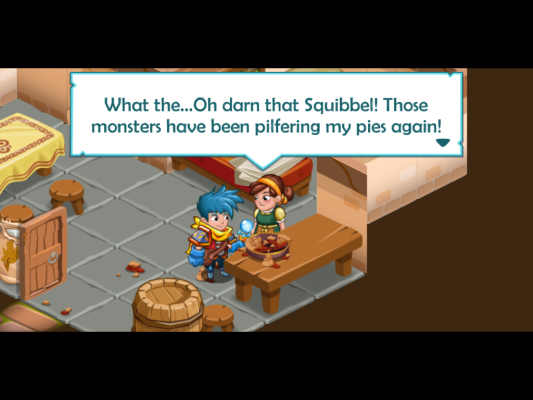 I mean if you’re going to actually getting gameplay elements from Pokemon, you might as well have used everything that the game has to offer. But the lack of any PvP killed the game’s replayability, even if you can come back to certain maps to completely finish a stage. I’d like to stress that in a game like this, PvP is the biggest, if not the most important factor that can make or break a title of this genre. The lack of that in Monster Legacy is what may kill the game. 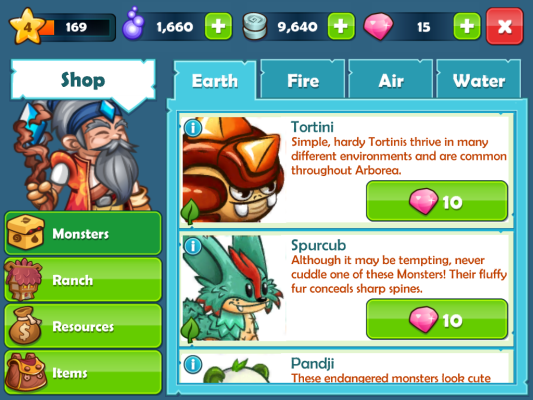 Setting that aside, the game itself is decent to play, the artwork is colorful enough that it can appeal to kids, but as they evolve they look bad-ass enough to make even older players to think twice in calling the game just a kid’s game. 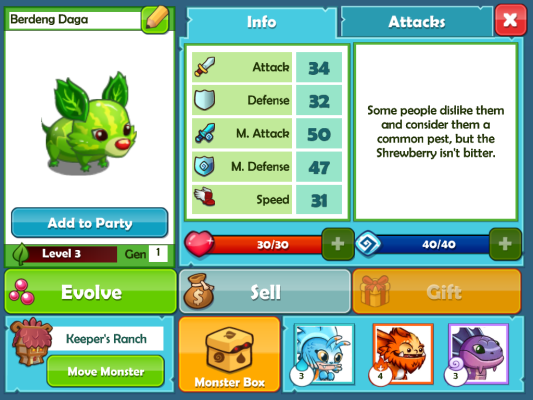 Overall, Monster Legacy is a good romp into what things may have looked like if Pokemon mixed with Monster Rancher, and if those two titles didn’t have any PvP and just merely focused on traveling. It’s a shame that a game that looks this good doesn’t have PvP. The story itself is decent enough, which is surprising for an F2P title, but then the game’s decency can be totally ignored just because of the lack of PvP. Hopefully Outplay will do something about it in a future patch, but I would say to not expect anything much from Monster Legacy unless that’s changed in the foreseeable future.